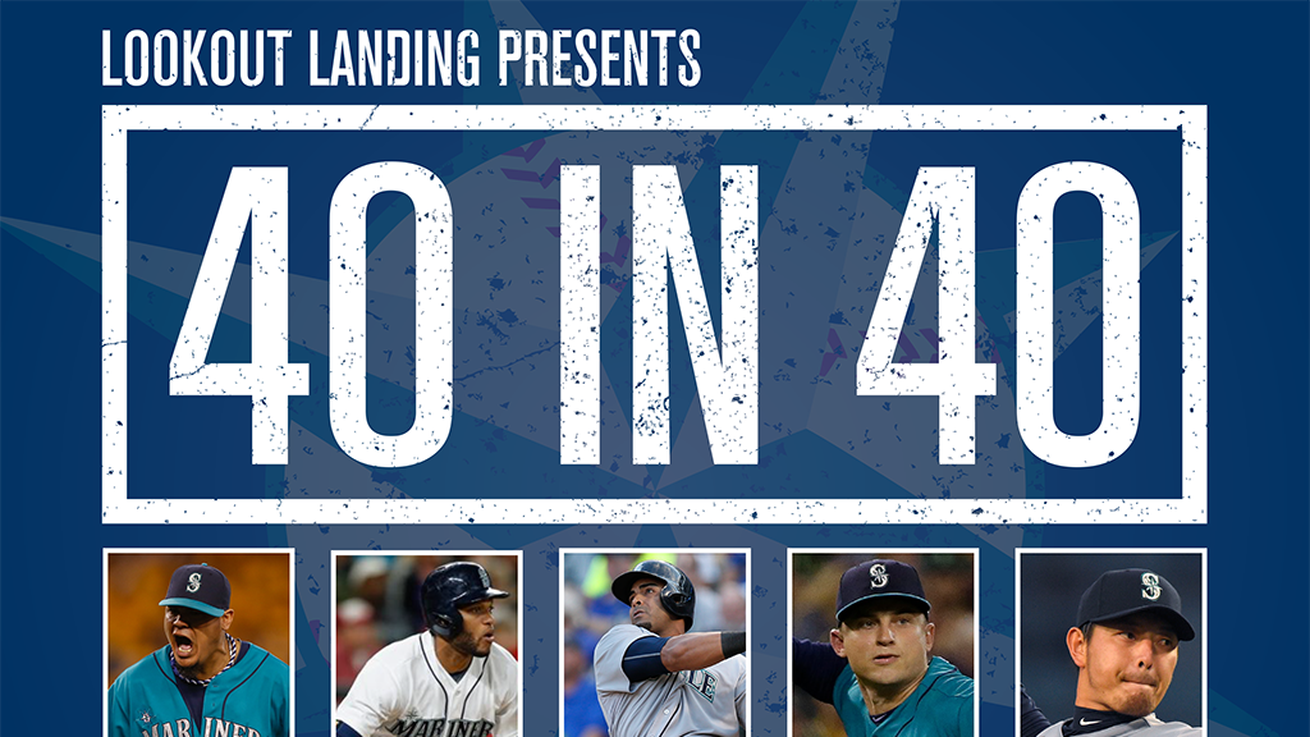 Hedge funds may be going short against $BB, but this B.B. is worth a closer look

[Editor’s note: Please welcome new writer Addie to the Lookout Landing fold! You might know Addie from Twitter, but you probably don’t, because she is criminally underfollowed despite producing such gems as “Dylan Moore fancam” and musings on baseball players’ Goodreads shelves. Amend that issue immediately by sprinting to Twitter dot com and following @gomsaddie, and of course, Go M’s. -KP]

Braden Bishop is, for many, a familiar face in a crowd of new ones. A holdover from the pre-Dipoto era, the scouting report on him can read like the back cover of a book that’s been sitting by your bed for years, unread, but not unloved. For posterity’s sake, I’ll repeat the old words here: Bishop is a top defender with plus speed, a strong contender for a slot as fourth outfielder, with a ceiling at the plate that could be high enough to justify his glove.

As with the blurb for the book on your nightstand, the scouting report can only tell you so much. To really understand the story it refers to, you need to let it unfold, open to whatever twists of fortune it contains. In the case of Braden Bishop, a combination of injuries, inconsistent production in the minors, and a GM who seems to have a magpie’s eye for shiny new outfield prospects have conspired to keep this from happening for most fans, save for a few blink-or-you’ll-miss-it stretches in 2019 and 2020.

Since 2015, Bishop’s prospect ranking in the Mariners organization has plummeted from 5th to 18th, a result of both the prospect acquisition side of the rebuilding process and steadily declining scouting reports on Bishop’s hitting tool. His sprint speed is still ranked in the 96th percentile of MLB players, according to Statcast, and defensively speaking, MLB Pipeline featured him on their All-Defense second team for prospects just 12 days ago. No one has ever questioned his glove, but his major league production has left quite a few questions unanswered.

With the mid-August departure of beloved-but-bad Daniel Vogelbach, outfielder Braden Bishop and infielder Sam Haggerty were activated simultaneously from the Alternate Training Site in Tacoma to fill the roster’s Vogey-sized hole. In so doing, the Mariners gave Bishop a ticket to ride on a roller coaster that rivals a graph of GameStop stock over the past 72 hours.

Just eleven days after being called up, the soon-to-be 27 year old was told to hit I-5 South, having been optioned after going 3-for-16 with a walk and 3 RBI in 4 games. The very next day saw the blockbuster Mariners-Padres trade deadline deal that sent Austin Nola and a handful of relievers to San Diego, freeing up some room on the roster. I’d imagine Braden Bishop hadn’t even unpacked at the Cheney clubhouse before hearing that he had been recalled to the major league club to help fill in the new gaps, and would have to be up in Seattle for the game the next day.

Less than twenty-four hours later, in a move that seems more like something the capricious, meddling gods of antiquity would do than the Mariners front office, Bishop found himself once again demoted to the Alternate Training Site, this time for real. Reports from Tacoma indicated that Bishop found his stride in his second stint there, and he wound up back in Seattle for the final five games of the season following injuries that left Dylan Moore and Jake Fraley out for the season.

After an abysmal, albeit limited showing in 2019 (he posted a -31 wRC+, which is about what pitchers like Dinelson Lamet and Jeff Samardzija could muster that same year), many hoped 2020 would be the year that Bishop could spend some time in the batter’s box and become offensively productive enough to justify his defensive prowess.

It was not. The absurdly small sample size and the lack of data from the Alternate Site make it hard to draw real conclusions about Bishop’s 2020, but the numbers speak for themselves. He went to the plate 34 times in 12 games and garnered a meager 5 hits, 2 walks, and 4 RBI. While he managed to drag his wRC+ into the positives, it remained far below league average, at 37. He slashed .167/.242/.233, and was only on base enough to showcase his speed for one steal.

In the field, he’s managed an impressive 6 DRS in just the 227 defensive innings he’s played (cumulatively across 2019 and 2020), which, for reference, is the same number J.P. Crawford put up in his 2020 Gold Glove campaign (454.2 innings). He also has a cumulative 2019-2020 UZR of 3.0 (16.1 UZR/150). It’s far too small of a sample (not to mention one split across seasons, and sections of seasons) to conclude much from his fielding metrics, but they certainly point toward the scouting report’s accuracy.

It’s hard to comprehend why the Mariners chose this path for Bishop. The outfield in 2020 was run on what can be generously referred to as a platoon system, despite lacking in the consistency the phrase implies. Save for Kyle Lewis in center field, there seemed to be a revolving door in the flanks all season long. Somewhat bafflingly, the team preferred outfield novices with below league average production like Jose Marmolejos and Tim Lopes, (84 and 78 wRC+, respectively), over their team top 30 outfield prospect. If you’re going to send someone to the plate whose offense is unproven at best, why not save some runs while you’re at it? While at times they’d make a more sensible choice, like giving their offensively-productive, defensively-fine utility man Dylan Moore the keys to left field, the outfield defense was nigh-on unwatchable for long stretches of the season.

In response to these glaring defects, the Mariners introduced mid-season waiver wire acquisition Phillip Ervin to their roster. Like Bishop, Ervin is also a late-20s, glove-first (former) prospect who put up a wRC+ below 50 in 2020. Ervin, however, had almost three times as many trips to the plate as Bishop. I can’t explain it. What I can tell you, though, is that Ervin was claimed off waivers by the Chicago Cubs in mid-December, and Braden Bishop is still a Seattle Mariner.

It would be more than fair to look at Bishop’s cup-of-coffee sample size in the majors and ask if it’s enough to make a conclusion about his offense (or his defense!) one way or another. He’s had, after all, only 94 major league plate appearances, many of which occurred in stop-and-start stretches that are hardly amenable to things like “learning how to hit major league pitching” or “establishing consistent routines” or “gaining confidence at the plate,” superfluous as those may seem.

With reigning AL Rookie of the Year Kyle Lewis taking center field, former All-Star right fielder Mitch Haniger slated for a healthy return, and the likes of Jake Fraley, Shed Long, Jr., Sam Haggerty, and Jose Marmolejos all vying for the top slot in the left field platoon (barring a miracle like, say, the Mariners spending money on a free agent), Bishop’s role with the 2021 Mariners is by no means cert— Wait, who’s that peering over the bullpen wall?

With ten position players presumed to be locks for opening day (barring the unthinkable), that leaves either two or three spots available for our five hopefuls, at least one of which is expected to be filled by a mid-season call-up. Depending on MLB’s restrictions on the number of pitchers a 26-man roster can have, or lack thereof, Times reporter Ryan Divish suggests that the Mariners may elect to have 14 pitchers rather than the 2020 limit of 13. This one slot could be a difference-maker for a player like Bishop who seems destined to walk a razor thin margin the whole way forward.

Bearing that in mind, if Bishop can’t produce in Arizona, he’s likely bound for Tacoma. If that’s where he ends up, clawing back into the majors could prove Herculean. He will, at least, get a chance to prove himself first. Whether he can do so will depend on both his own performance and his teammates’, and he knows it.

Bishop made it clear between 2020 spring training and 2020 spring training 2.0 that he is well aware of his narrowing window of opportunity to break into the majors, but it’s equally evident just how badly he wants to take full advantage of the window he does have left. He’ll have to demonstrate he can hit the ball at least as well as the rest. That may seem like a long shot at the moment, but his ZiPS predicted slash line of .213/.278/.319 is better than its expectations for Haggerty, about the same as for Fraley, and just below Long, Jr. and Marmolejos. ZiPS also expects him to post a higher WAR (0.1) than all of them but Long, Jr., likely on account of his fielding ability.

Through all the vagaries of the 2020 season, and with uncertainty ahead, Bishop remained a certified Good Guy. He continued his fundraising work for families affected by Alzheimer’s with his 4Mom charity, was vocal and impassioned in his support for racial justice and the Black Lives Matter movement, and articulated a political theology that condemned Carl Schmitt to the dustbin of history. Newly-retired MLB.com beat writer Greg Johns was also high on his ability to take on major league management when his playing days have reached a natural conclusion, if he so chooses, citing his leadership capabilities and personality.

Someday you’ll read that book on your nightstand. Someday Braden’s story will be all but written, no longer just a question of possibility and potential. How the fates and fortunes of his story will unfold, I cannot say. But when met with the opportunity to root for someone so immensely charitable and dedicated, I’m inclined to take the universe up on the offer. Hit your heart out in Peoria, Braden.

P.S. If you missed out on Bishop’s recent appearance on the Lookout Landing podcast, I recommend you take some time to listen. We’re lucky to be able to call him a Mariner, for however long we can.