Hello! For FanPost Friday this week, I'd like to share this excellent post from Kota_Nishioka on everyone's favorite breaking ball dealer, Matt Brash! Also, I want to say SAVE DAVY JONES LOCKER and be sure to go click on all the stories there before the end of February. Go Kraken, who are literally in first place as of today, and viva DJLR. - Eric Sanford

To start off, this analysis was heavily inspired by this stellar article done by Tieran Alexander from Prospects live concerning pitch tunneling, so I highly recommend anyone check it out.

A few months ago, Driveline Baseball tweeted that Matt Brash was attempting to add a cutter, and just a few days ago, Chris Langin, the Driveline Director of Pitching uploaded an update on the said cutter. Though it may seem insignificant at first, this is actually a massive development in Brash’s young career, and may even signal his eventual return as a starter. This is due to the tunnel the cutter creates.

Tunneling is a term most baseball fans are familiar with. It is when 2 or more pitches appear the same as they make their way to the plate, but scatter in differing directions, ultimately fooling the hitter. Pitching Ninja popularized the concept with his overlays of nasty breaking balls and fastballs. Tunneling is important as it forces the hitter to chase balls, leading to induced weak contact, swinging strikes, and overall fewer walks. In fact, chase rate/o-swing% is the most important factor in limiting walks for a pitcher, as demonstrated by these graphs made by @Tieran711 on Twitter. 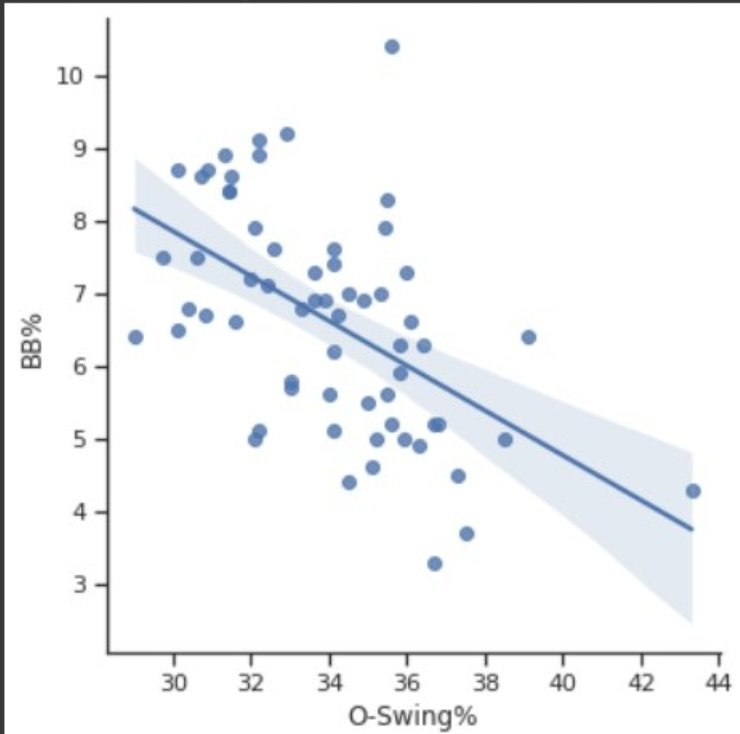 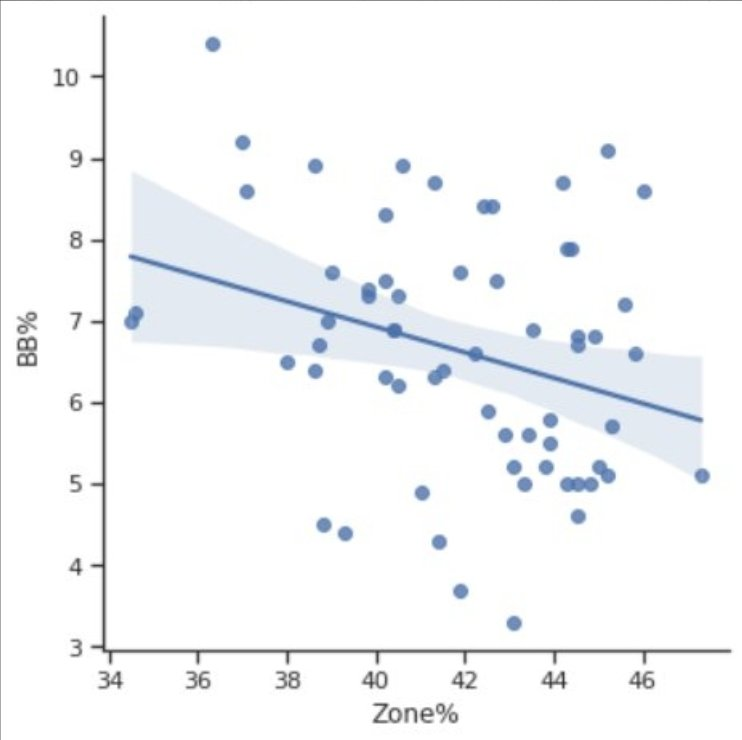 So we now understand that tunneling leads to fewer walks, which happens to be Brash’s biggest weakness as a pitcher last season with him having the third highest BB% among pitchers with at least 50IP pitched. Therefore, it is obvious that it is crucial for him to create an effective tunnel. The cutter does this by serving as a "bridge" between the fastball and slider.

It is no secret that Matt Brash has one of, if not the nastiest slider in the league, with a 75 stuff rating from pitching bot, as well as a 161.1 stuff+ rating. Unfortunately, it may be too nasty for its own good. On average, it has 15.5 inches of horizontal break, -1.1 inches of induced vertical movement, and is thrown at 86.2 mph. Compare this with his fastball, which has -11.6 inches of HB with 14 inches of IVB and is thrown at 96.7 mph. There is a 27.1 inch horizontal and 15.1 inch vertical difference between the two pitches, as well as a 10.5 mph gap. This is important as this makes it easier for the hitter the differentiate between the two when the gap is this gigantic, thus making it less likely that they will chase out of the zone. This can be proven by the graphs below from the Prospect Live article The Mystic Art of Pitch Tunneling, where it can be deduced that the optimal separation for tunneling is 6"-14" for HB, 8"-16" for IVB, and 6-11 mph for velocity. While the IVB and velocity difference is fine, the HB is the problem here. 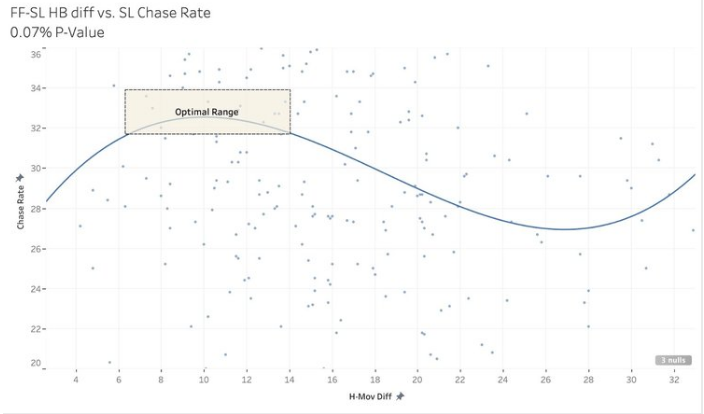 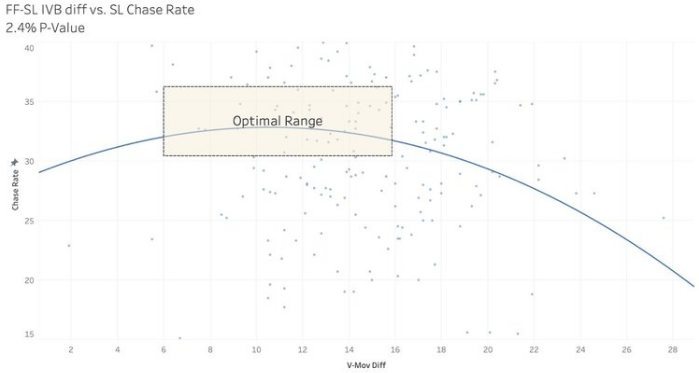 This is why the cutter is crucial. The videos of Matt Brash’s cutter luckily present the specs, where it comes out to an average of 88.7 mph, 9.3" of VB, and most importantly, 1" of HB. As aforementioned, the cutter would serve as a "bridge" between the fastball and slider, and with 1" of HB, this would make the gap between the cutter and slider 14.5", and 12.6" for the fastball. These fall between the optimal ranges for slider tunneling and generating chases. 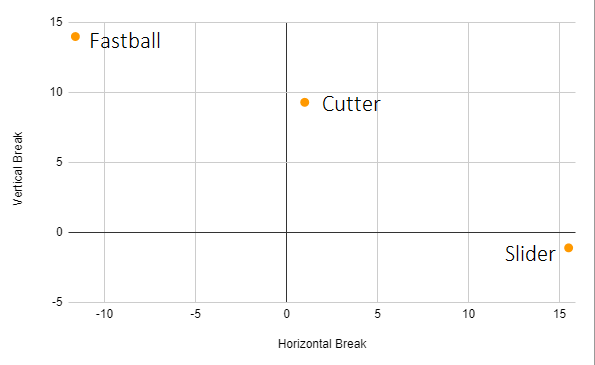 This graph helps visualize the "bridge" effect this cutter produces.

If Matt Brash is able to locate this cutter well, we could very well witness a version of Brash with a serviceable BB% not only as a reliever but a starter as well. Remember, Dylan Cease led the league amongst qualified starters in walks, yet came second in Cy Young voting. This shows that if you have the stuff Brash does, an elite walk rate is not necessarily to be successful, further validating my confidence that he can eventually earn another chance in the rotation. If he could locate his changeup better as an offering to left-handed batters that fades away from them, he could be even better, as his changeup has a 104.5 stuff plus+ in a small sample and the data suggests it should tunnel well with his fastball. Though he may start the season in the bullpen and may be more valuable there, a reality where Matt Brash is a starting pitcher for the Seattle Mariners may not be far away.