Hi, short time reader, first time FPF'er. My Mariners fandom is only about a decade old. Let that sink in for a moment. I've been a pretty involved, even ardent fan for some prrreeeetttty bad baseball product. Like more losing seasons than winning seasons bad. And of course non-postseason bad. But that's not the point. My point is that my M's organizational memory is short, and as such, it is hard to really find obscurity. All of the players in the past ten years feel at least somewhat fresh in our minds so might not sink to the level of obscurity. In thirty years will we consider Miguel Olivo obscure? Maybe. But currently we sure as hell can't forget him (it helps he went full Mike Tyson/Van Gogh on some minor leaguer). Or Casper Wells. Would we remember him a few decades from now? I dunno, but I really liked him when he was here, so he doesn't feel all that obscure to me. Tui is utterly forgettable, yet here I sit remembering him.

Some guys will have gad enough persona within the organization, that although they will barely be a footnote in the annals of Baseball, they are giants to us. Guys like the Bartender, Hyphen, or Sugar Jesus, you know? It seems if they've made a commercial they'll probably remain memorable to us, regardless of what MLB wonks remember (or forget) about them years from now.

But having only a decade's worth of history, it's a pretty large list of folks I've had the (dis)pleasure to watch. Think about it. I watched Carlos Pergeuro absolutely destroy baseballs, while his wife destroyed credit ratings. The entire catching staff between Kenji and Zunino (particularly the year with Blanco and Wellington Castro) are already obscure in my mind. I already had to sit here for 2-3 minutes in order to remember Adam Moore. I've seen the DA, League, and multiple seasons of closer du jour. All of those guys will one day be obscure. 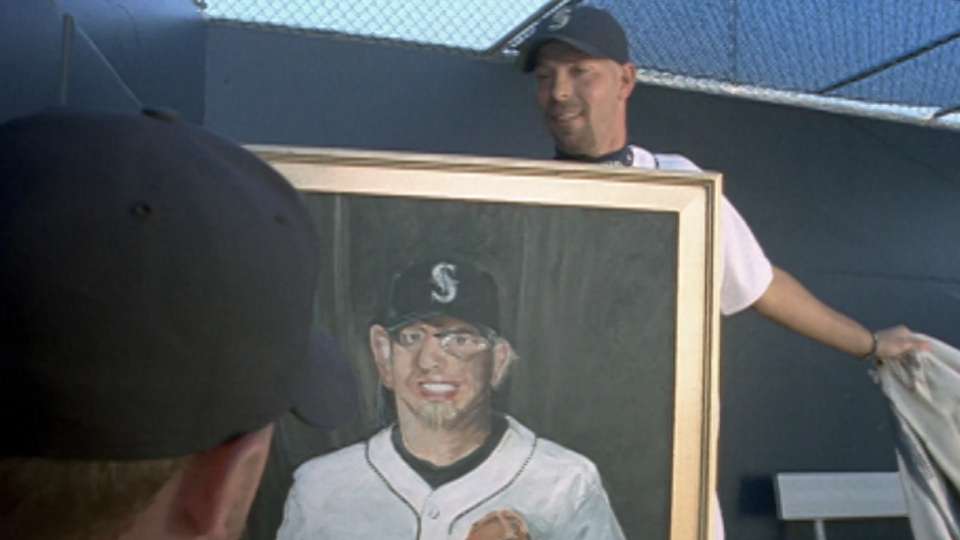 How about all of the Jack Z pile relievers. Joe Beimel gave us possibly the greatest baseball gif in all history, but will we remember that years from now? And does anyone REALLY know whether Jeff Gray is gone or just still in the bullpen, say, underneath the seats, journaling in his diary.

Eric Byrnes will possibly be an answer to Sporcles of the future, but we can't forget him currently because of his failed squeeze bunt that threw Ichiro under the bus, or rather threw him under his bicycle upon which he raced out of Safeco after the loss. In a few decades how many fans will truly remember Chone Fiasco? We can't forget it and refuse to say he will ever be "obscure" but rather classify him as infamous. Plus he did have a history as an Angel, so maybe he doesn't qualify by any obscurity metric, although it does make him even more of an asshole (fuck the Angels). Speaking of hated--actually you know what? I won't even mention their names, because they were hated for non-baseball reasons.

My only experience with the Seattle Mariners entails the Jack Z reign and now the Dipoto era. Jack Z has some doozy obscure figures. Ian Snell haunts my dreams to this day. And Jerry's first major trade took some of Z's obscura (Lomo & Asparagus) and swapped it for his own (Karns, & BOOOOOOG). I have a lot to choose from, but it only makes me sad to go through the list, re-litigating a decade of some pretty fucked up fandom. Hi, my name is Cornhole, and I'm a Mariner's fan. Hi Cornhole.

So to answer the question of this FPF, I'll go with Mallex Smith. Watch he'll be a breakout star for the Rays (and then the Yankees of course) and no longer qualify as obscure. In that case, my backup will be Adam Kennedy.