The Mariners, like most teams, have a stack of relievers taking up space on the 40 man. I mean not even a stack; there's a reason that we've referred to this as The Pile before. Sure you can shuffle relievers around, maybe flip a reliever or two here and there for low minors infielders. You know the kind: the ones with obscure names and a questionable ability to even grow chest and beard hair yet. You might even be able to package some of them up as part of a slightly larger deal to get a slightly larger infielder who is slightly less obscure.

But come on, this has all been done before. When you look around at grand Halloween displays in people's front yards, elaborate Halloween costumes, pumpkin carving that you need an art degree to even comprehend what you're looking at let alone make one… Shouldn't we be creative with our relievers as well?

So, using the previous article for inspiration (in a manner which I am absolutely certain means that the Lookout Landing staff will be legally liable for anybody who tries to copy this), let's start hacking into these relievers to turn them into things we can actually use! 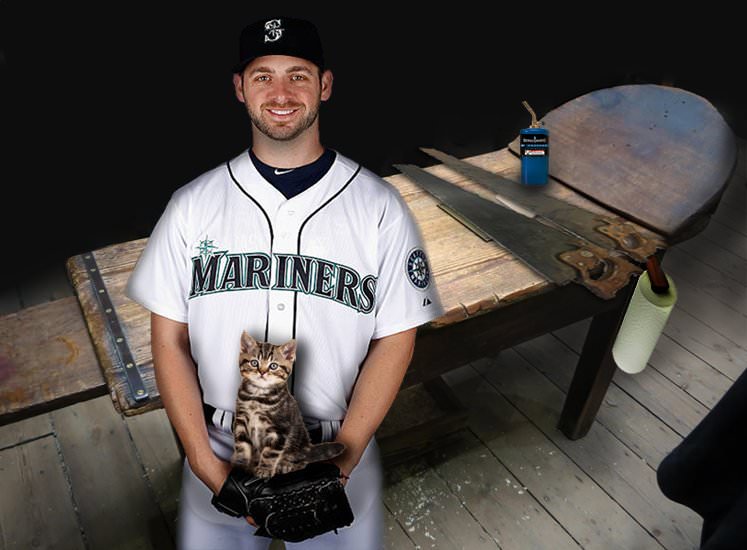 If this is your first time doing this you may want to work with a larger reliever; the added material gives you room for error. You may want to work on a garage floor, a bare patch in your backyard, a remote shed in the woods... anywhere that is easy to clean, fairly absorbent or at least reasonably quiet.

For the following steps you can pretty much use whatever tools you have handy. It's fairly safe to say that whatever tools you use for this probably shouldn't be used for anything else. ( They certainly won't be food-safe anymore.) But you don't necessarily need any one tool. Or any tools at all! Feel free to use your bare hands. 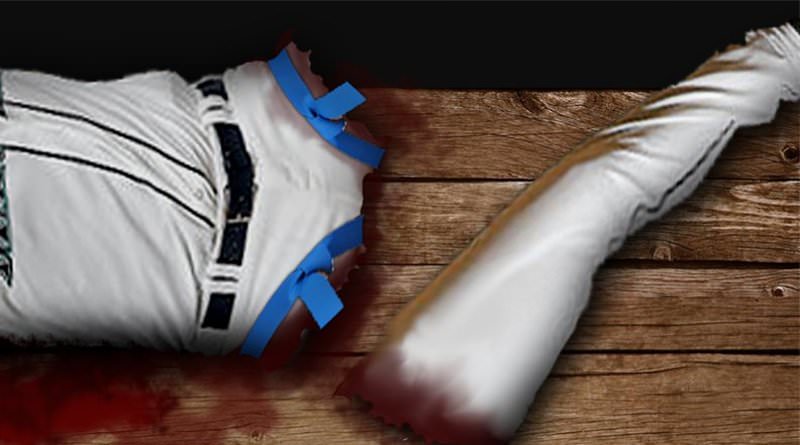 Remove the legs and set them aside. You'll be using these later.

Then we need to hollow out the reliever. We start this by twisting off the head. You might make this process easier by having a recording of a home run hit handy. This is because, depending on the reliever you chose, they will involuntarily jerk their head back, up and around. If you already have your hands on their head when you play the recording you can simply follow that direction and the head will be removed with one smooth motion.

Next, use a set of pumpkin carving tools to remove the contents of the reliever's chest cavity. You likely have pumpkin carving tools, newspaper, bowls and buckets etc. left over from working on your jack-o'-lanterns. So not only do you have a lot of the tools and the basic feel for what you need to do already at hand, but you have an even more important thing: plausible deniability. As everyone knows from their own personal experience, legless relievers all look like pumpkins in the dark. (Practice. That. Phrase.) 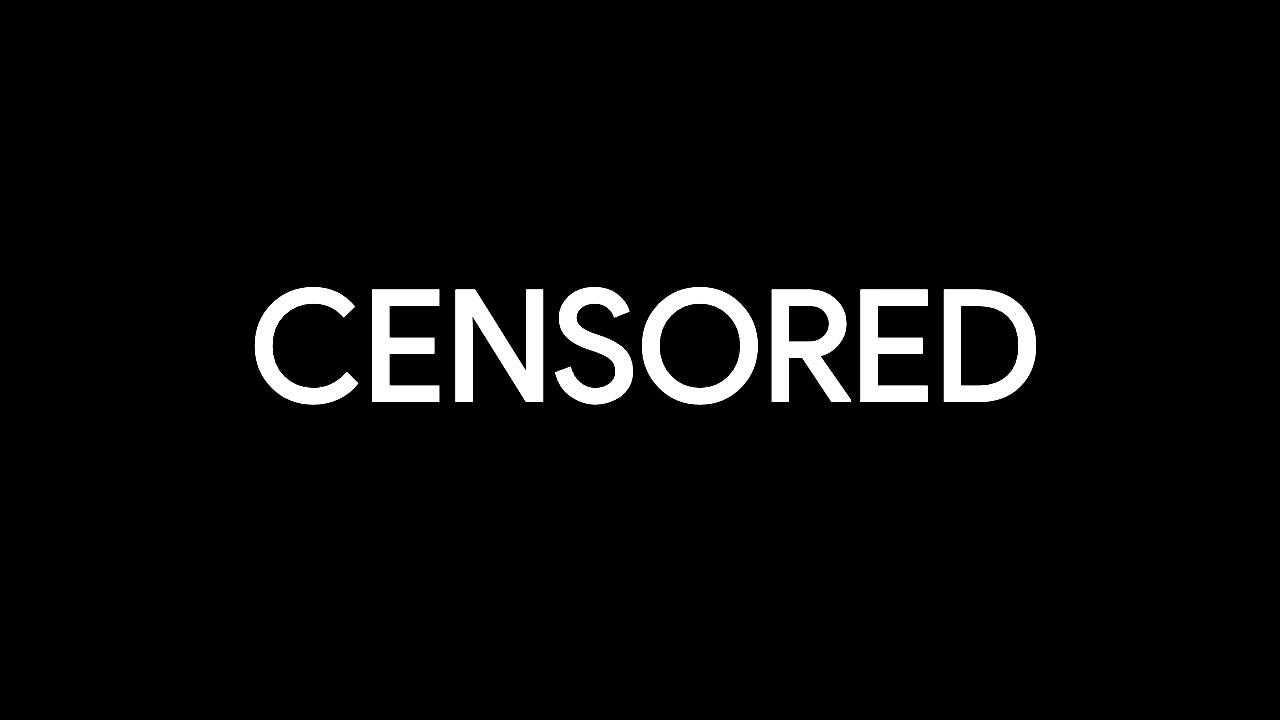 Now we have some decisions to make. Take a look at the legs that you removed in your first step. Were they wearing knee-high socks? If so, you'll probably want to take the legs and use them as outside ribbing for decoration. If not you probably want to use them inside as reinforcement. If you're using the legs for decoration drape them over opposite ends of what will from here on be referred to as "the container". Drape them in a way that has the stocking-ed calves on the outside. If you're using them for reinforcement lay the legs across each other so that one knee rests inside the hollow of the other knee; grab this X shape that you've made by the middle and place it inside the container: you now have four ribbed reinforcing elements inside your container. They are certainly not legs and a torso. Container. So much more useful than what it was just a short, occasionally loud and wet, 35 minutes ago right? 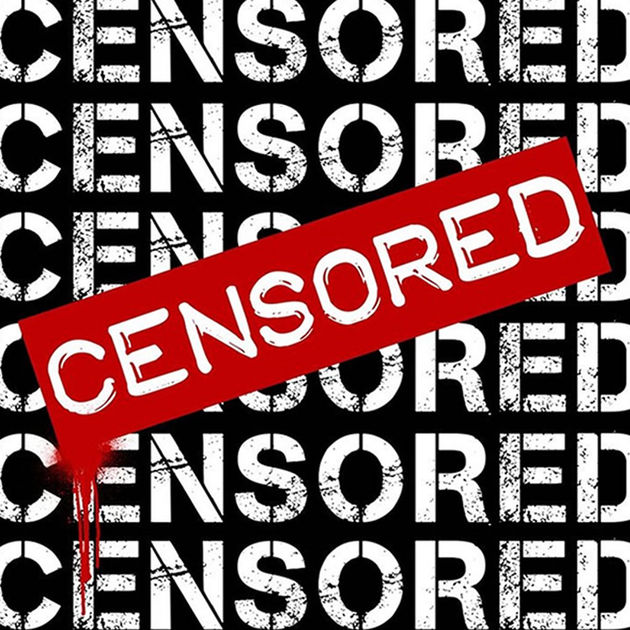 This next part can be a little bit tricky. Use the arms as the top rim of your container. To do this you'll need to recall whether the reliever that you used was left-handed or right-handed. Take the arm that was their non-dominant arm and wrap it around the "front" of your container along the top to form a rim. Now take their main arm and wrap it around the back to form the other half of the rim. 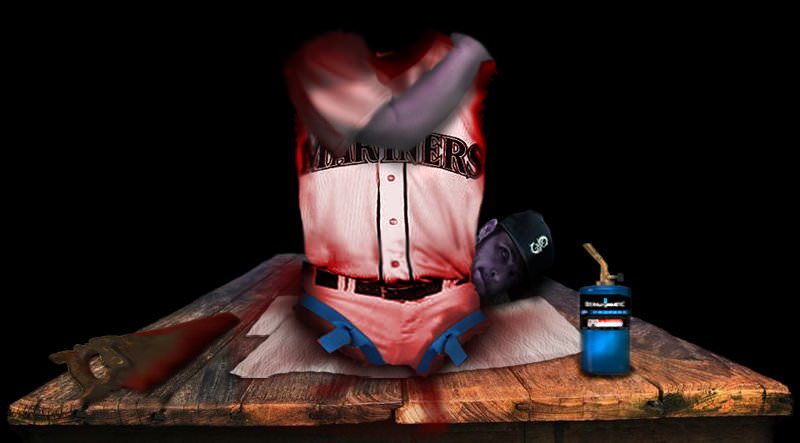 We do it this way because the dominant arm has had more wear and tear, which means that the shoulder joint will be much more pliable and allow for hyper-extension of the arm behind what used to be the back of what is now very much a container. Just a container. An empty vessel into which you can pour your hopes and dreams, not some filthy reliever who is just going to crush them.

(Very important note: if your reliever was Pat Venditte, STOP IMMEDIATELY. Due to the nature of the wear and tear on both his shoulder joints you will not be able to complete this step, because the rim will sag. Much more importantly, though, you should recognize Pat Venditte for what he is, or rather was.) 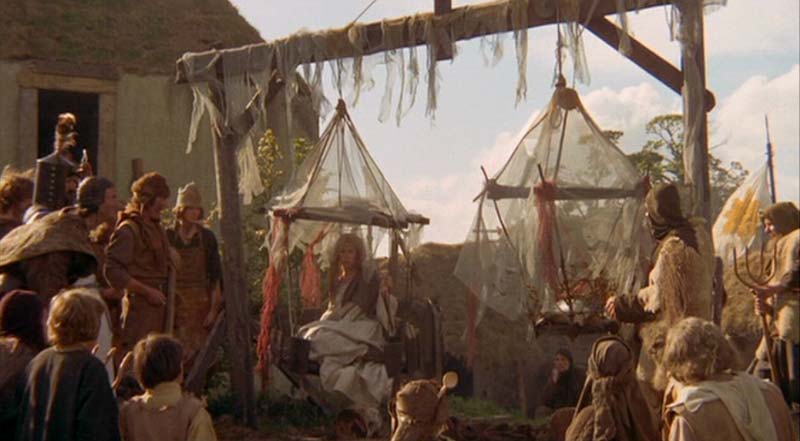 Finally, tuck and fold as you need to in order to make sure everything stays in place. The rim will be very easy to keep in place as there should be a substantial amount of pine tar on what used to be the hands. Remove the cleats and attach them to the bottom of the torso, to create a stable base for the container. The interior support ribbing for the container can be woven into and in between the other ribs and bones that are already in there, exposed by your earlier carving work. 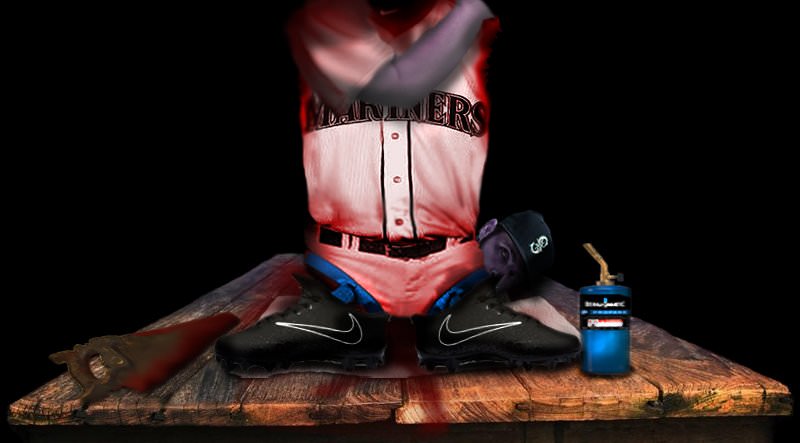 So, what to use for a lid? Oh wait, that's right... there is one leftover part that you can put right into the container, just like you slice off the top of a pumpkin to use it as the lid for your jack-o'-lantern. You know what I'm talking about. Just make sure that you stuff the "lid" of your "container" face-up. 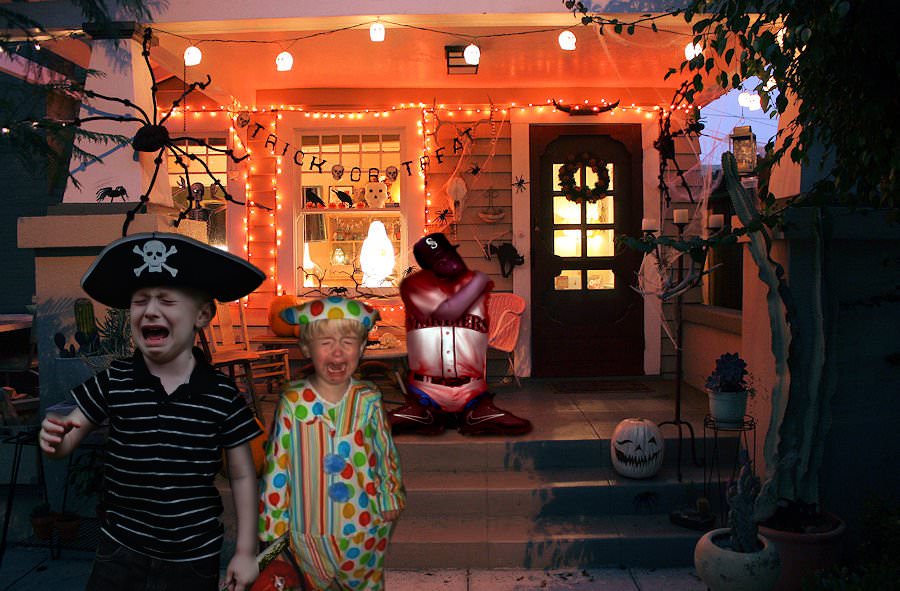 Watch as they gasp in amazement at your clever artwork! Hear their cries of joy! (It has to be joy… people don't make sounds like that for any other reason…) Really show your Halloween spirit and howl, howl, HOWWWWLLLL at the moon!

Once you have the hang of one of these, you could probably reel off seven or eight of them. This will make the bullpen festive.