This is your fault

We've done all the analysis. We've looked at the numbers. And we've discovered that there's one common thread in every single disappointing Mariner season: you.

Share All sharing options for: This is your fault

It's been a rough stretch for your Seattle Mariners. And it's been a rough stretch for you. Fandom is hard, with all the stress, all the athletes who are constantly disappointing and failing you. But even as the season drips away, as the numbers on the playoff odds sites tick down like a bomb in an eighties movie, there's still time on a quiet Saturday morning to stop and reflect. Are all the terrible things that have happened in your life, baseball or no, truly unrelated? Are the Mariners really something that just happens to you by chance, or is it really, when you think about it, at least partially your fault?

No, you say, because you are stubborn and hurt and can no longer see the truth within your own heart. That's not true, you whine. That's impossible. But it is possible, friends. Allow me to present photographic evidence of how you, the average baseball fan, have let down your team and undercut its championship aspirations. 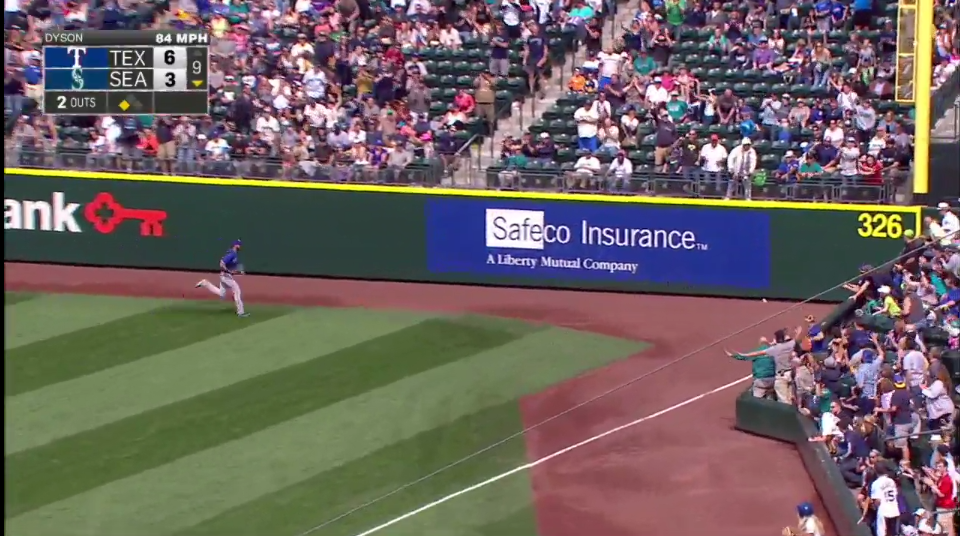 Here we see a baseball play. The fans are attentively watching the ball roll into the corner, waiting to see that rarest object in all of the sport: the baseball at complete rest. But also note what you do not see: concessions. Despite it being near ten o'clock, one of the most common snacking hours, there is little in the way of complex carbohydrate to be seen. Don't you want your corporate conglomerate to be successful? Don't you want to see it afford to pay aging veterans in certain years when the corporation deems it in their best interest? Are you not loyal? Buy three hot dogs, take two home. Allow your contribution to the economy to be the true sign of your fandom. 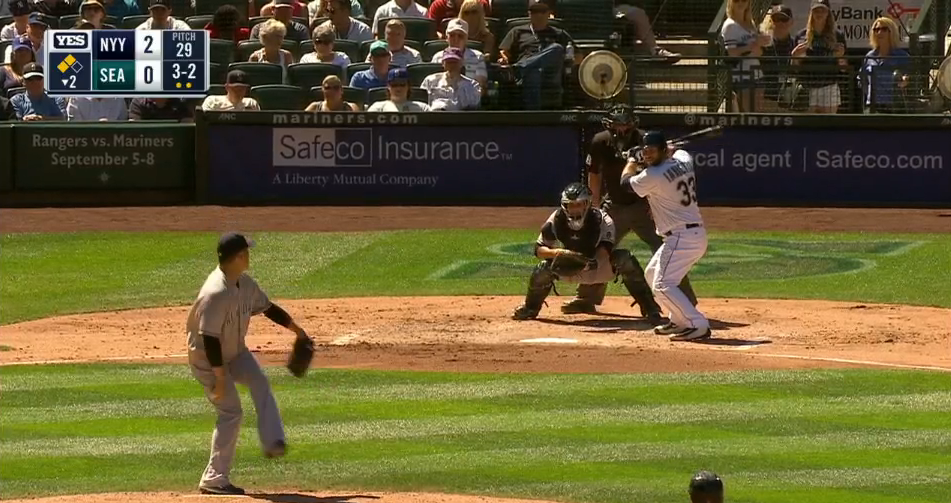 The batter's eye is a big deal. Allow a single shadow to drape across it, or paint it the wrong shade of Mariner Green, and suddenly your hitters are all slumping like they're serving bad caviar in the dugout. So if that's the case, why not a pitcher's eye? People in high-priced seats, you have the unique opportunity to play as much of a role in this game of baseball as a wall. And yet we see literally zero chartreuse. 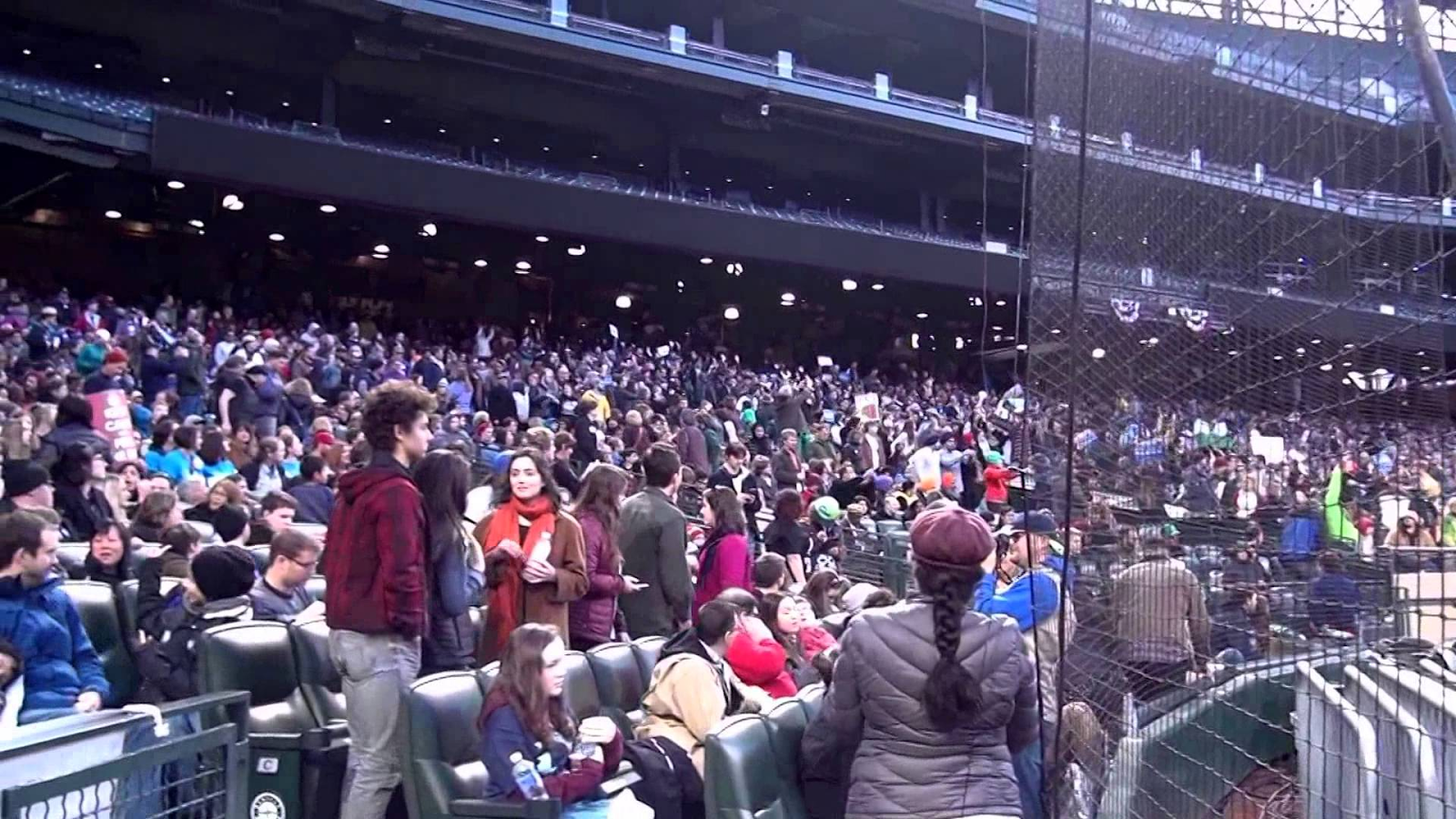 Here we see grainy, speculative footage of that most sacred of fan traditions, "The Wave". The Wave is both beloved and despised, and both those opinions are completely correct. What The Wave does not accomplish is any psychological effect on the visiting team. Huston Street has pitched in 664 games, which means he has seen at least 664 waves, each led by someone thinking themselves really original and cool. What has Huston Street not seen 664 times? A crowd of people turned silently away from him in unison, like he's in the basement of The Blair Witch Project. He hasn't seen 40,000 people planking. He hasn't heard the terrifying cacaphony of thousands of people openly weeping as one. Try harder, people who like to stand up at specific intervals based on the activities of the people directly clockwise of you. 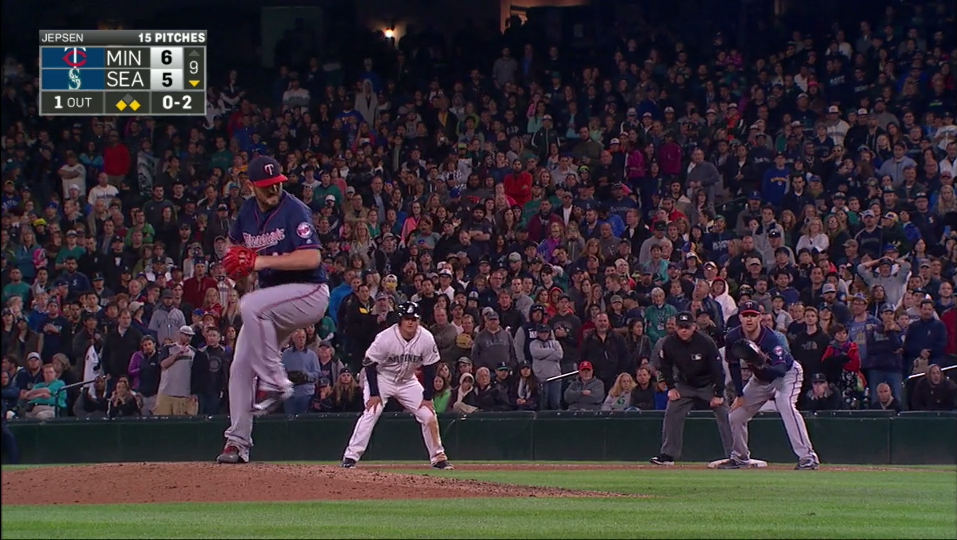 This is a critical moment. The Mariners have the tying run 90 feet away against one of the worst closers in baseball. And look at these fans. Not one of them is holding a sign. Do you want your team to win? Do you want to have an effect on the game? You have to get into the opponent's head. You've got to make him think. Look, Kevin Jepsen is a 31-year-old man. He's a professional athlete. It is absolutely certain that Kevin Jepsen enjoys, hunting, fishing and as a boy, had a dog. Therefore, at some point, Kevin Jepsen's dog died. Look, you don't have to be mean about it. It's just a game. All you have to do is make a sign saying "Dear Kevin, Sorry Your Dog Died." That has to be worth 0.01 WPA. 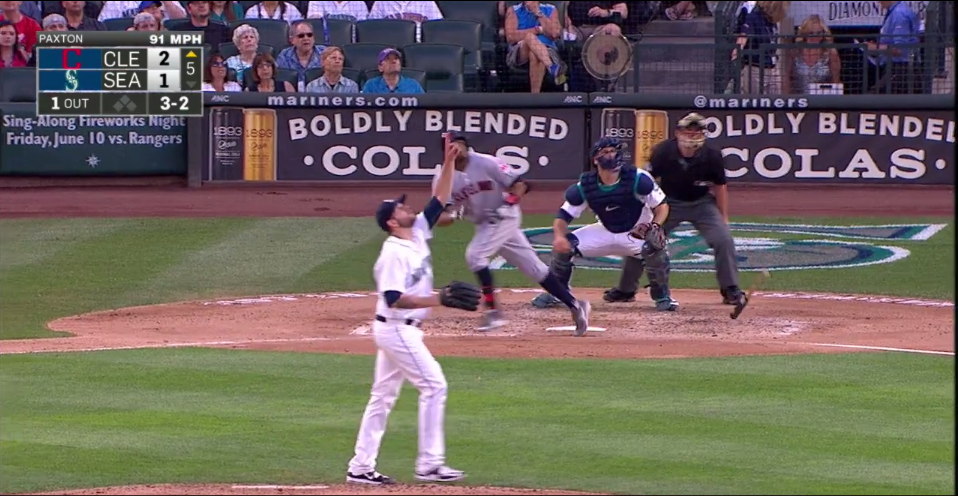 Here we see James Paxton making a skypoint after inducing an infield fly in a close game. (It's not a home run this time.) Sure, the BABIP on infield flies is something like .001. But you know what .001 isn't? It isn't zero. Besides, what are you doing that's making you so busy? You're sitting there, safe behind your netting, watching an infield fly. There's an 80% chance that you're instagramming your garlic fries. Put in some effort and point at the ball, give the shortstop a little triangulation to work with. It's literally the least you could do.

All of this is literally the least you could do.