The Mariners as Pokemon

Why, yes, we did write over 1,500 words comparing Mariners to Pokemon. Why do you ask?

Share All sharing options for: The Mariners as Pokemon

With Pokemon Go all the rage nowadays, consuming hours of your life and your cell phone's battery every day, we here at Lookout Landing dot com decided it was high time to compare all the Mariners to Pokemon. And as two of the youngest writers on the site (excluding our beloved teen intern, of course), John and I volunteered as tribute. Enjoy. (All Pokemon images taken from bulbapedia.net)

A useful piece with excellent tools and elite defense and power that are occasionally overshadowed by a few glaring weaknesses? Sounds like our Catcher of the Future™. Magneton’s signature move, Zap Cannon, is an attack of immense power that has just a 50% chance of making contact. If Zu can master his aim he will be able to reach his full potential and achieve full Control of the (Magne)zone.

A multi-headed creature with a big body for power smashing but little legs for power jogging, Exeggutor is extremely useful in the right situation, and with up to six heads, each with its own specific emotion, can switch between being delightful and exasperating rapidly.

Both Cano and Vaporeon are far more valuable this year than they were this time last year, and are known for acting with supreme style and grace. Also they're both great at blowing bubbles.

Sturdy like the earth itself, Kyle has grown steadily into the Mariners’ most trustworthy position player and has become the player with the longest unbroken tenure on the team (love ya Guti). While never the most exciting member of any team, Donphan is a tough out with a mighty defense skill whose power is something to be feared. And a Pokemon this cool deserves to be linked with K-SWAG himself.

So much potential, so much to look forward to, and so many directions in which he could grow. Just. Stop. Getting. Knocked. Out. While. You. Train. Please. Also one of the most adorable of their team, which may lead to their exposure to certain diseases (Pokerus, mononucleosis) due to overly affectionate fans.

You think Psyduck has some value. I mean, his stats aren’t that bad, and a Water/Psychic combination seems pretty useful, right? One problem - despite the name, Psyduck isn’t actually a Psychic type. Similarly, Nori was just so consistent over the last few years, but that value just hasn’t been there this year. Plus, I imagine Psyduck’s outfield routes would likely be similar to those that Nori takes.

Speedy, rangey, and packing a surprising punch, Seattle’s center fielder has the power of Pikachu’s evolution. Unfortunately, Leonys also is susceptible to injury, and, like Raichu, his health is not his strongest skill.

Lapras is the Pokemon that looks most like a Honda Odyssey, and Seth’s gotta get the kids to school somehow.

While Marowak would be an appropriate comp for this Boomstick-wielding behemoth, a compelling case has already been made that it is the symbol of the franchise itself.

Instead, the Mega Evolution of this Fire-type camel fits as well. A sturdy Pokemon with limited utility, Camerupt’s Mega Evolution has given it an immense boost in power later in its career, as well as a clear place where these explosions of power emanate from.

(For those who have not kept up with the most recent few sets of games, Mega Evolutions are essentially temporary augmentations of older Pokemon that last only until a battle ends. It may seem bizarre but trust me it’s pretty cool! Also, more importantly, it is a way to keep from adding to the over 700 Pokemon that already exist.)

One of the coolest looking Pokemon out there, Sneasel is also quite elusive. If you do manage to find a healthy one in the wild, there are few more smooth operators in the game. Its success can be fleeting, however, as its slender frame leaves it susceptible to serious damage from the slightest of contact.

Willie Bloomquist really thought moving the letters around in his name and moving the extra part of the Q up into an apostrophe would throw us off the scent of his age-reversal therapy plan. He forgot that, like Ditto’s transformations, the skin of the copy is a tiny bit pinker than the original.

Chris is solid. Chris is better than what we had before. Chris is not elite, and probably will not become much more than he is right now, but that sure was enough to help us get through some tough times, and wow is he better than another damn Rattatob Johnson.

Until this year, Felix was Charizard - the starter Pokemon that everybody hoped they’d be able to use to dominate the Elite Four someday. Sure, Charizard has a few weaknesses, and sure, there are better Pokemon, like Mewtwo Kershaw. But you’re always happy to have Charizard out there on your side, and he does an incredible job every single battle.

And then this happened. 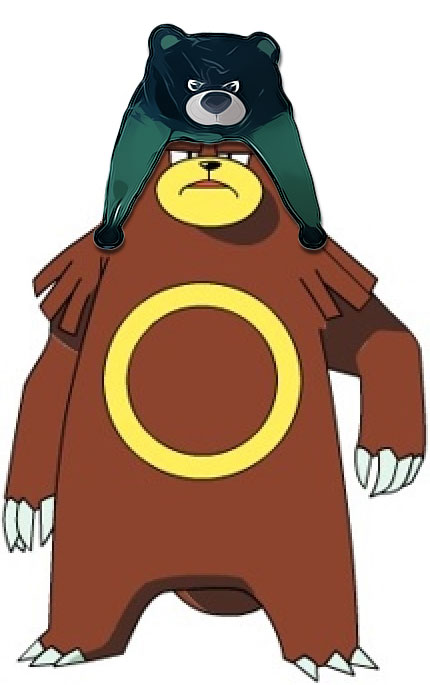 As you most likely know, Kuma, in Japanese, means bear, and so Ursaring was the obvious choice. But the similarities go further - for example, as seen above, Ursaring is a huge Hisashi Iwakuma fan. Its Pokedex entry says that it wanders through the forest every day to gather food, which is an entirely possible hobby for Hisashi as well. I mean, he has four days off out of every five, so would you put it past him to wander throughout Issaquah looking for some berries?

Fiesty and up and coming but not quite fully proven. Still a bit unpredictable. Yet, with time, patience, and battle experience, he could grow up to be a fully-fledged ace/Charizard.

Can't wait to cop that new Pokemon tonight.. Got the socks and lil charmander pic.twitter.com/qJNq5uslKm

Hariyama is a hefty Fighting-type Pokemon who towers over most humans and Pokemon alike. Hariyama’s first move it learns upon evolution is Belly Drum, which halves its health in return for maximizing its attack strength. If it can stay alive that next round, Hariyama will be able to dole out a massive amount of damage. Just stay healthy Pax, we believe in you.

Dusclops is slow and steady, unspectacular, and known for a move where he takes away half of his own hit points to put a curse on his opponent. Sounds like Wade Miley - especially when you factor in that both are ghosts of their former selves. I once had a Dusclops that I used to great effect in the Battle Tower, but once it had to fend for itself in regular battles, things quickly went downhill.

I can just picture it now. You get to the bar, ready to have a good time, and who's there but Ludicolo, the Carefree Pokemon. From his Bulbapedia entry:

Ludicolo becomes more powerful when it hears festive music and will appear near laughing children on hikes. As it becomes more energetic and active, it will break into a dance.

This is the epitome of Tom Wilhelmsen. He's the Bartender, the guy you want laughing along with you, the guy always willing to dance. Frankly, I'm surprised Tom's never worn an actual sombrero on the mound.

Edwin Diaz, boiled down into one move, is Flamethrower. But he’s also just a young pup, not quite ready for the big-time that is the ninth inning. He'll get there soon enough, and when he does, watch out.

How does it work? Is it going to continue? Nobody knows!

First Pokemon ever designed. Pretty cool looking and tough. Sure, there may be better Pokemon that you encounter later in the game, and you might not use it against the Elite Four, but you have some good memories of catching Rhyhorn in the Safari Zone.

You’ve never quite seen anything like Greninja. A Water/Dark Pokemon that "appears and vanishes with a ninja’s grace," he is the evolved version of Froakie, the water-type starter from Pokemon X & Y. Ichiro is undoubtedly strong, and like Greninja, no other trainer you’ll encounter in the game has a version of him - with incredible precision, grace, and bat control, he’s one-of-a-kind.

Machamp is incredibly strong, but it is careful and precise things - like baserunning or glovework on defense - that "cause its arms to get tangled."

Would you be intimidated of an eleven-foot-long snake which, according to the Pokedex, can "flatten steel oil drums?" If you answered yes, you’re among the 100 percent of major league hitters who were also terrified of Randy Johnson, another tall specimen who scared the bejeezus out of just about everybody.

Jamie just seems like a wise, old owl. Noctowl's special ability, Keen Eye, prevents its accuracy from being diminished - and boy, that sounds like Jamie.

Like the legendary Mariners DH, Venusaur is underrated compared to some of its more flashy contemporaries. This mighty starter evolution is not the fleetest of foot, but is reliable and sturdy through most any battle. Additionally, its relaxed demeanor and soft foliage provide a nurturing environment for other Pokemon to grow around it. Martinez's legendary patience at the plate is reflected in Venusaur's mightiest attack, as it takes time to absorb energy from the sun before unleashing a mighty Solarbeam on Blastoises and Athletics alike.

I guess Trubbish is useful to complete your Pokedex, just like I suppose Joel Peralta was, at one point in his career, useful in a major league bullpen. But this past season, he certainly was the "Trash Bag Pokemon" of the Mariners’ relievers.

Finally, we'll leave you with this one even though it's not Mariners-related. We present Adam & Drake LaRoche starring as Kangaskhan. 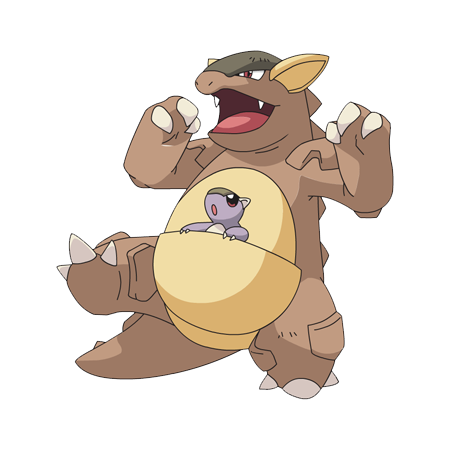