Arguably one of Jerry Dipoto's biggest gambles, the erstwhile Marlins closer looks to regain some MPH, and the promise of his career.

What Steve Cishek is not

Steve Cishek is not what he was in 2014. That’s not disparaging so much as it’s an acknowledgement that 2+ fWAR seasons from relievers are rare birds. Since 2014, there have been only twenty such seasons. Of the eleven pitchers who reached those heights in 2014, only four repeated the feat last year. Steve Cishek is not one of the very best relievers in baseball.

He no longer has a blazing fastball, like he did from 2010-2013, when his heater ranged between 93-95 mph. Last year Brooks stopped recognizing his four-seam fastball altogether, instead identifying it as a 90-92 mph sinker. There’s precedent for pitchers regaining lost velocity, and at 29 Cishek is far from an old man. Given the downward trend in Cishek’s velocity chart though, the safe bet is that Cishek’s days as a fireballer are over. 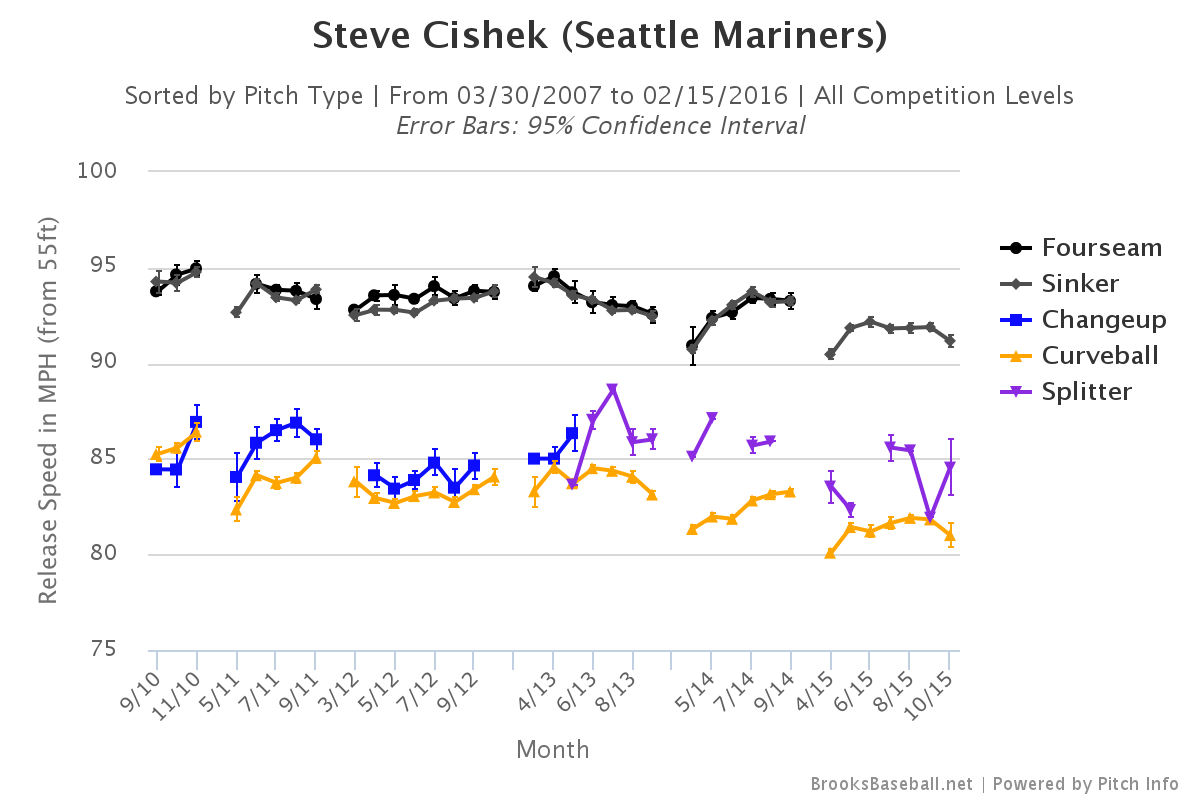 Cishek is unconventional. At 6-foot-6 with long limbs, the right-hander’s delivery looks like George Sherrill’s stretched out on a fun house mirror. There are few pitchers who wrap the ball horizontally around their body as far as Cishek does. It is some funky-ass gumby shit: 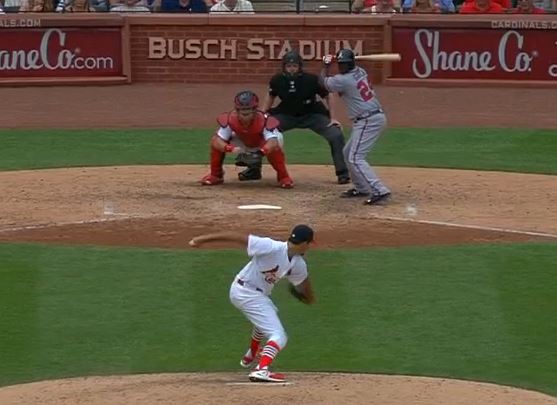 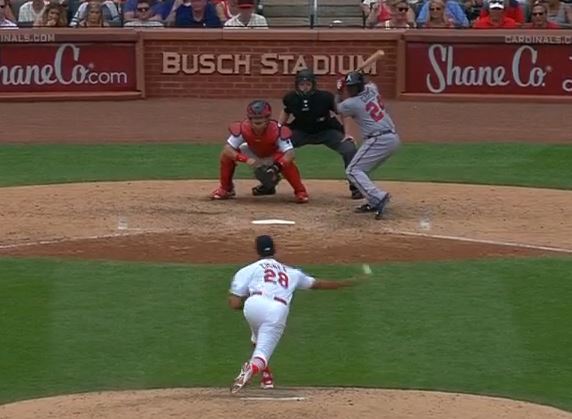 Pitcher’s throw from almost every conceivable angle, from Tommy Hunter’s extreme over-the-top release point, to Darren O’Day’s submarine-style, all the way to whatever the hell Carter Capps is doing. But I know of no other pitcher that delivers the baseball with his full body as low to the ground as Steve Cishek:

He is not coming off a good year, a trait shared by most of Jerry Dipoto’s offseason acquisitions. After his excellent 2014, Cishek began last year as the ace of Miami’s bullpen. Immediately, his command deserted him, he blew four of seven save attempts, was demoted to Double-A in June, and eventually traded to St. Louis in July 24th for some guy named Kyle Barroclough, who baseball-reference insists is an actual player.

Cishek never spoke about an injury. Rather the ghostly and often fleeting "mechanical flaw" was supposedly to blame. Almost certainly something, whether physical malady, poor delivery repetition, or mental hangup played a major role in Cishek’s elevated walk rate, which jumped from 7.6% in 2014 to 11.1% last season. Again, although I’ve mentioned it already, it’s pretty easy to see how Cishek’s various gears and levers could discombobulate:

USC Mark Prior, he is not.

What Steve Cishek is

"The intention is that he’s our closer,"

Steve Cishek is the 2016 Mariners’ Plan A to close games. Jerry Dipoto and his staff have decided, rightly or wrongly, to see more 2011-2014 in Cishek than 2015. Over the first two months of the season we will see close, late leads hang in the balance of whether he can regain what was lost.

There are good reasons to believe it may happen. Again, very valid concerns over diminished velocity aside, Cishek is by all accounts healthy, as he’s never suffered a serious injury as a major leaguer. The ugliness of Cishek’s 2015 was largely confined to the 19.1 innings he threw prior to his June 1st demotion to Double-A. He wasn’t vintage Cishek after he was recalled two weeks later, but he was nonetheless quite effective:

The major constant in both samples is the high walk rate, perhaps the number one factor that Mariners fans should monitor with Cishek during the season’s opening weeks.

Steve Cishek is, like so many relievers, a mish mash of pros and cons. The high stress nature of his role—there ain’t no failure like closer failure—combined with the randomness a few dozen innings pitched can produce made for a high profile, early season meltdown in 2015. Taken in a larger context, not only of last year but the whole of his five-year major league career, his appeal to a team unable to commit massive resources to its bullpen is easy to see.

Jerry Dipoto has built in contingencies in case Steve Cishek fails. Joaquin Benoit, and perhaps Tony Zych will be waiting in the wings if he struggles. But for the Mariners to contend, and for 2016 to be the story of an opportunity seized, the team will need to have bet correctly on a tall, unorthodox right-hander from Massachusetts.