The Mariners 2014 season comes to an end with an A's victory over the Rangers in Texas. Felix strikes out 7 in three innings, but it was out of their hands all along.

So there are highs and lows in a baseball career. It has its glories, and it also has its sorrows. You know, one day when I was playing with Cleveland we came to New York to play the Yankees. I was on the elevated train going up to the Polo Grounds--that was before Yankee Stadium was built--and I was reading the paper. On the way, I came across a poem in that paper and before I got to 155th Street I cut it out and put it in my wallet.

And the dreams of youth/Find the bitter truth/Of pain and tears.

Through the cheering mass/Let the victors pass/To find fate's thrust,

-Bill Wambsganss, as told to Lawrence S. Ritter in The Glory of Their Times

Poetry's stock as a popular cultural form waned heavily after the end of the nineteenth century once technologically reproducible forms of media such as film and sound recordings became popular. That fresh-faced Cleveland second baseman Bill Wambsganss would be carrying around a poem in his pocket in the year 1915 helps illustrate this: for after Felix Hernandez descended the tunnel into the Safeco Field locker room for the final time in 2014, the only thing he was carrying with him was a heart aching with sorrow and gratitude, not a piece of written literature folded into tiny halves kept deep in his back pocket.

Perhaps there were headphones.

It has been 99 years since Wambsganss first found that poem, and since then baseball has been ever present like the first spoke on a spinning wheel, forever following the same continuous cyclic revolution. 38 of those turns have seen the highest level of professional baseball played in the city of Seattle, 10 have given us time with the greatest pitcher in the world, 13 span backwards between today and the last playoff appearance, and one more stands completed today with an All-Star second baseman and remarkably deserving manager of the year candidate calling Safeco Field their home.

Wambsganss' poem eventually withered into dust in his wallet, and he breathed his final breath on the afternoon of December 10th, 1985, seventy years after first clipping it out of the newspaper on his way to the Polo Grounds. He hit .259 with only seven home runs in 11 career seasons in the bigs, and once lamented that the only thing he would be remembered for was an unassisted triple play in game five of the 1920 World Series. The author of the poem still remains unknown.

The Seattle Mariners were never supposed to be here. In the matter of a few short hours last February, they learned that  two of their most important starters had unrelated pitching injuries that would delay both their seasons, and had to cope with the fact that their potentially best right-handed bat arrived to camp with a spare tire glued to a frame that had previously been injected with illegal drugs in an attempt at competitive advantage. They failed to surround their quarter-of-a-billion-dollar off-season acquisition with the requisite talent to win any games, and then Randy Wolf complained to the world on Deadspin and the season was declared dead on arrival before it even started.

There was a harrowing eight-game losing streak that threatened to not only tank the season, but an entire rebuilding process that was on its final throes with a farm system depleted of talent, now at its designed end. On opening day at home, they lost another starter. Robinson Cano didn't hit a home run until nearly May.

Yet that very same Mariners team today played an hour and twenty minutes of baseball with playoff implications on the final day of the season for the first time in a long, long time. With a chance at a Rangers' victory sending them into a one-game playoff for the rights to enter the Wild Card, Michael Saunders hit an RBI double in the second inning that scored Logan Morrison from first base, and Safeco Field let up perhaps its biggest roar in over a decade.

For a moment, there were 40,823 voices screaming in unison next to the intersection of Edgar Martinez drive and Dave Niehaus Way, and even Dave Sims sounded like his brain was working faster than his tongue due to excitement as he called the run on television. Logan Morrison crossed home plate with more energy than he had seemed to possess in weeks, pointing at the Condor standing on second as if to surrender all importance on his shoulders--for this wasn't a team made up of names but a mass, singular and whole. 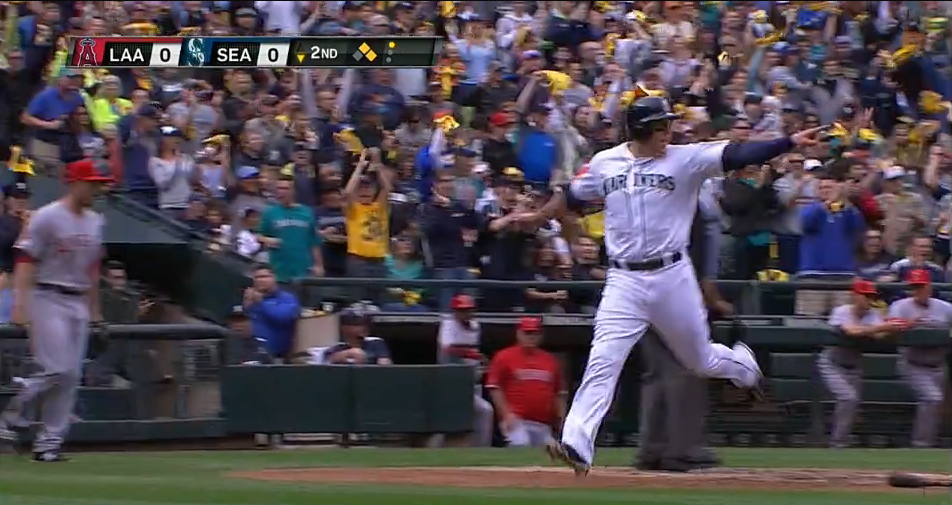 Forty minutes later, the Athletics had taken a 4-0 lead over the Rangers to all but sink the Mariners hopes. The fans--and players--all saw the result on the out-of-town scoreboard, and Felix visibly slumped into a ball sitting at the edge of the Mariners' dugout. And at that moment, Michael Saunders did the exact same thing he did in the second inning, only this time it was met with tepid cheers just then forced to reconcile the weight of reality with the desire of improbability: It was over. It was all over. 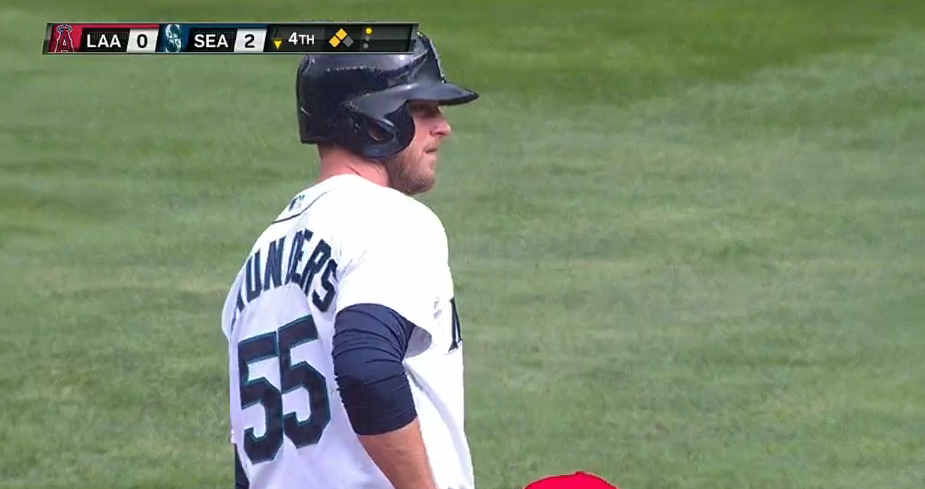 With a 4-0 lead over the division champions, heading into Felix's 15th win of the season, the Mariners season finally came to a conclusion as the A's defeated the Texas Rangers. Felix came out for one final batter, and left to a teary ovation filled with the hope of a future left unfulfilled. Robinson Cano followed suit a few moments later, and then it was nothing but lines in a poem published in a newspaper in 1915...2014...any time, really. Eventually the Mariners would defeat the Angels, 4-1, but those presses had already gone to print.

We all know this team wasn't supposed to do what it did. We don't need some sort of lesson on how to cope with this loss because we've been coping with the reality of finality every July for the past thirteen years. We all know that every moment we shared until 2:30 this afternoon was a gift, and that the Mariners are in their best off-season shape since they had an Adrian Beltre and an Ichiro Suzuki and maybe even a Ken Griffey, Jr.

None of that makes it any easier to accept finality, though. For as much as we all knew that moment would come, it seemed fair to say that most of us would have been fine with just an appearance in the postseason, as if crossing that finish line meant something tangible and permanent as a way to validate thirteen years of misplaced hope and liver damage. But it wouldn't come. Not this time, anyway.

There will be some that point to the one game separating the A's and the Mariners, and recall all the horrific losses that seemed to rest on the drop of a coin this year: the Sean Barber game, Noesi's last M's outing, the Rodney blown save, the Miami "dropped catch" bobble. But you can't change any of those things, just like you can't change the fact that the M's were only still in this because of the A's near-historic collapse. So yes, that seeming inability to win a single game late in the season sunk the ship for the Mariners, but nothing leading up to it could take away the fact that they were somehow, some way, still in it until the end. Everything is random. Nothing is earned. Baseball is written in pen.

So here we sit, contemplating the winter months ahead as we recharge our Hope batteries to see what this team can do next year. Some of us will find a kindred spirit in another team vying for postseason glory, or perhaps turn the TV off altogether or follow a different sport. Some will be tuned to the winter meetings and live on twitter rumors like they were crucial at-bats themselves. Some will hand-score spring training games. But next April, wherever "we" all are, these Mariners will be starting another revolution of time's wheel and giving this whole damn thing another shot because that's just how baseball works.

The irony of Bill Wambsganss worrying about his legacy is that the worry was immortalized in perhaps the greatest book ever written about baseball, preserved for all time in the great global media machine. You don't see his name pop up on broadcasts when centuries-old records are being broken by a new crop of players in one of America's oldest games, but for all else, Wambsganss will go down as an important figure in the history of baseball precisely because he was just about as normal as you could get in a game filled with capital-N normal, living under the shadow of one great moment to follow into the grave.

And this is why baseball is the best sport in the history of the world. Because in order for Babe Ruth and Ted Williams and the 1927 Yankees to exist, there needs to be Bill Wambsgansses and Lefty O'Douls and the 2014 Seattle Mariners. There needs to be decades of unrest and despair to give meaning to the rapture of the 2004 ALCS. There needs to be a reason the logo of this website is a sad Richie Sexon lookalike succumbing to the weight of Nietzschian despair as if there is no other way to be a Seattle Mariner. The only way any of these shining historical moments matter is if there are countless others surrounding them with bleak solitude, giving them weight to stand apart from the rest. That may sound like a sentence obsessed with the past, but it's a sentence about the future.

So look--nobody knows who wrote that poem in Wambsganss' pocket. But when the Mariners finally do this, they will remember what happened today. You can count on that. You can write it in a book. 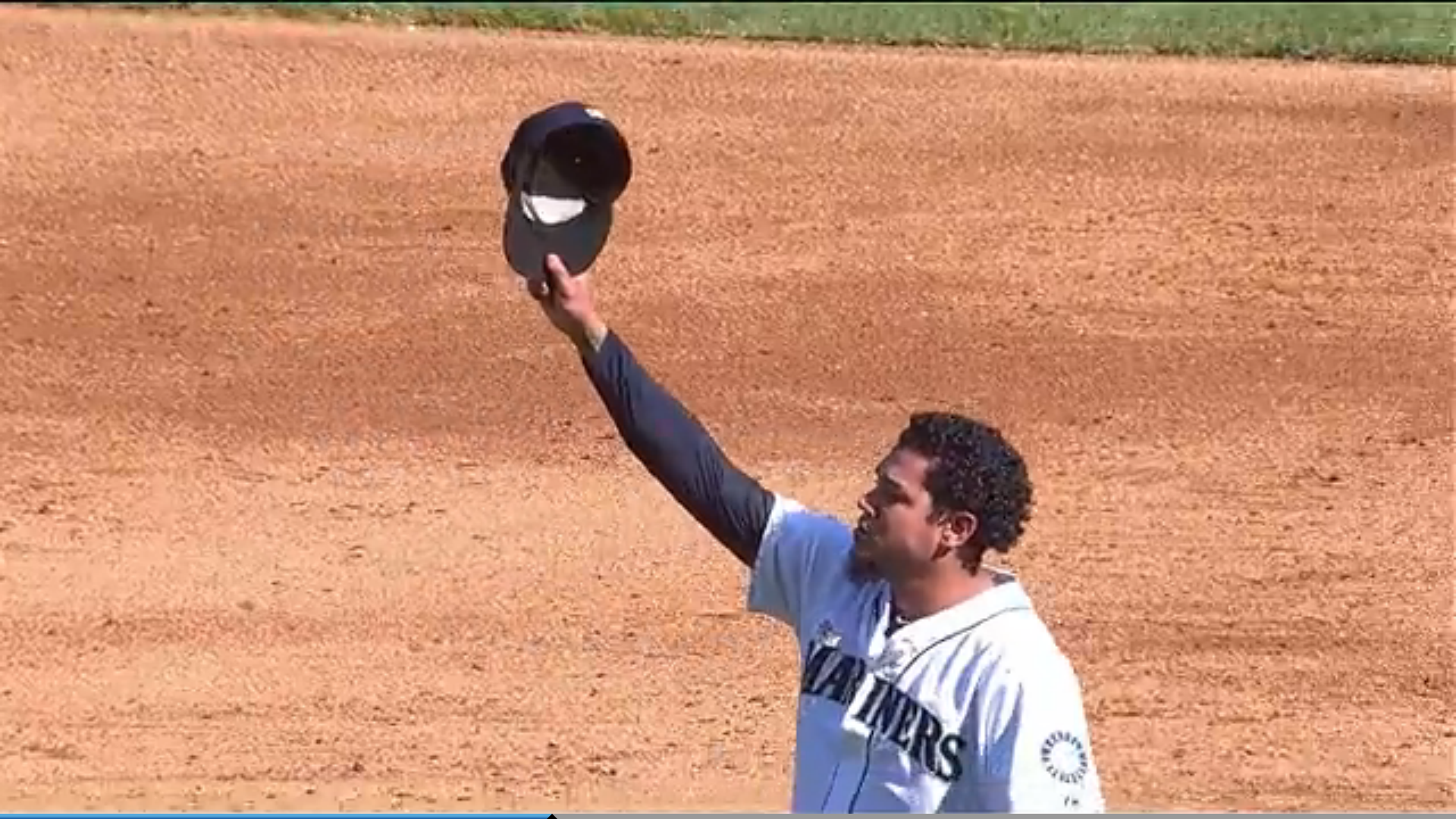 So see you in a couple months, everybody.