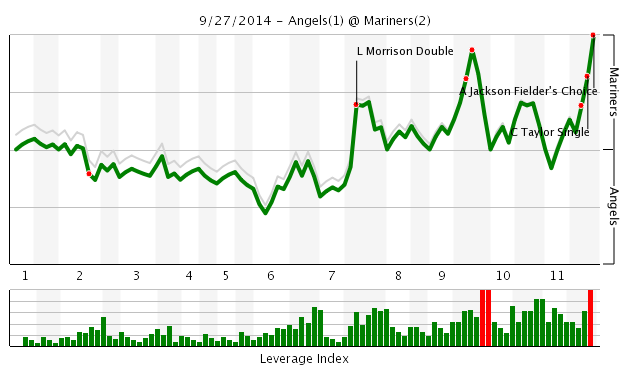 Hero: good question. Who do you consider the hero of the game? Jackson for running hard for seven steps? Morrison for the double that scored Seager? Chavez for placing two bunts in the same game, and for making us laugh? Rodney for not walking a batter?

Recap will be a little late, since I happily have to scrap my original. I'll post it later; it should be good for a laugh.

In the meantime, goms.