On the downs that make the ups worthwhile.

Share All sharing options for: There's beauty in winning ugly

Roenis Elias is the 2014 Mariners. When confirmation came down yesterday that the Cuban lefty's season was over—something all but assumed after he left his previous start with an ailing elbow—a unique brand of sadness set in.

It wasn't that I was upset that he wouldn't help this team these last few games, or even my concern for his 2015, of which I couldn't be more excited, but more-so that we closed the book on one of this season's best stories, a narrative that appropriately encapsulates the entirety of this Mariners season.

Roenis Elias was not the Mariners' best starting pitcher. Of those who started regularly, he was probably the worst. That says something about the Mariners' starting rotation, but it also adds to those moments from him that were among this season's very best—like that absurd hitch he pulled out of nowhere to finish off a complete game shutout against one of baseball's best offenses.

And of course, it started all the way back in spring training. I've become quite fond of running a search of 'Elias' in my Twitter archive, so I can see his narrative told as I saw it, over and over again. Remember this?

Also, this 0-2 hammer from Roenis Elias is a thing of beauty. #mariners https://t.co/zli1skmHFM

Early on, there was a level of excitement with Elias, a level of intrigue, a baseball je ne sais quoi. He came out strong, but raw—and only got better from there. He faultered in the middle, faultered pretty badly, and then in the end he fought like hell to not be the weak leak that broke this team when they could not afford to have another one.

This, however, is not a post about Roenis Elias. Like I mentioned, I'm not overly concerned with how his absence might impact this team over the season's last ten games. Look at his replacement going tonight in Houston—the Mariners are fortunate, and well-positioned enough, that when they a lose key starter down the stretch, they can plug in one of the most highlight-touted pitching prospects in the game.

Taijuan Walker is no sure thing, that's certainly true. He had his issues early this season, and then again as he tried to work through them down in Tacoma. I'm sure it's a cool experience in the majors, but how do you think this feels on a return trip to AAA, charting pitches in the minors when they're handing out your bobblehead? 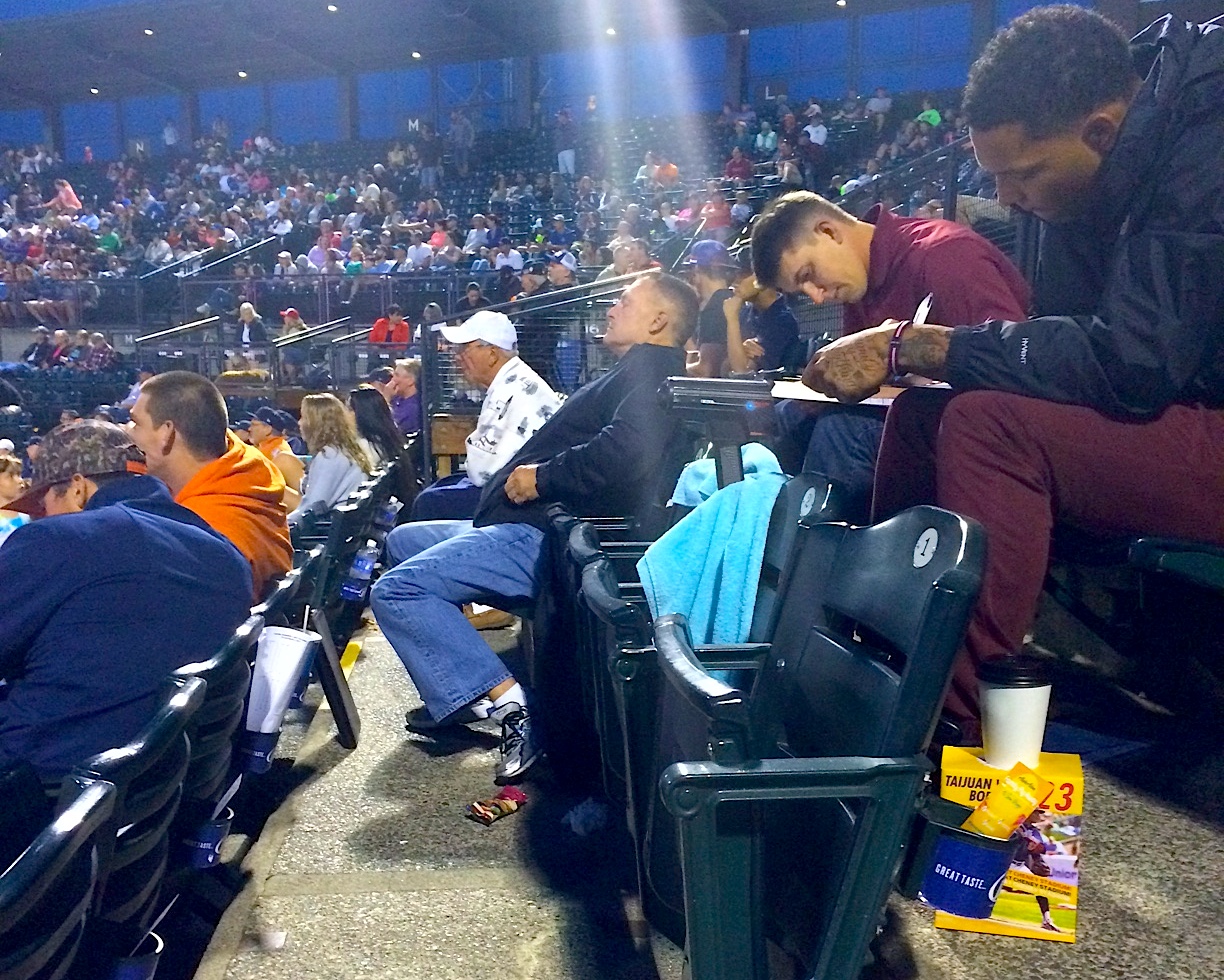 But down the stretch, he decided he wasn't going to be that guy anymore. He woke up, he fought like hell, and now he's here—he's making a big-time pennant race start back at the ballpark where his major league career began. That career was interrupted, by injury and then ineffectiveness, but here he is now, and I'd be shocked if there's one Mariners fan who isn't thrilled to see what he can do tonight.

After all, we've seen what pent-up potential can do. We saw saw it in full effect on Wednesday night as James Paxton put on what might have been the best show of his career. Curveball, cutter, heat—he had it all, and he reminded us of what we've been missing. But even more importantly, he reminded us of what we have, and hope to have for the next five years.

Would I have liked to have James Paxton all year, for him to have rung up ungodly performance after ungodly performance, making people pause for at least a second or three before scribbling Jose Abreu's name on their Rookie of the Year ballot? Absolutely. And I'd like to be running out before the end of the work, trying to find the biggest and fattest cigar in the event of the Mariners clinching this weekend in Houston. That, of course, isn't happening.

But it brings us to last night, and last night's hero, an underachieving castoff on a roster with handfuls of them. Once a highly-touted prospect, and then a fan favorite in Miami, he came here as a talented reclamation project, a potential replacement for the guy we were already trying to reclaim. He hasn't been everything we'd hoped he'd be, but over the past few weeks, he's been what we've needed.

Morrison's never played in games this big, and three times in the past ten days he's hit the biggest home run of his baseball career. If you watched his post-game interview, you could see him trying to fight the smile and "is this even real?" laughter most of us were exhibiting at home. Everything that happened to him before, this season and earlier, that's part of the story—that's what makes it so great.

This sport's tough. Sometimes all the ugliness is just that, ugly. But sometimes, in the end, it's what makes reaching the desired destination all that much sweeter.

So all we have left now is one more "L10." That's it. It could be glorious, or it could be heartwrenching. Either way, I feel comfortable slapping a new slogan on this season—one that's been filled with joyous up and brutal downs—no matter which way it goes from here.