The Mariners stopped not hitting with runners in scoring position last night. It was dumb, beautiful and inevitable.

Note: I am in no way a statistician, nor particularly good at math. To many this is well trod ground. Consider it information for any of LL's newer readers, or perhaps fans first discovering the joys and pains of high leverage baseball, relayed by a layman.

The Mariners do not have a good offense. How's that for a strong lede? Their AL rank in a few offensive stats:

Those numbers and rankings are much in line with the 2012-2013 Mariners, who were bad. The 2014 Mariners are not, however. Part of the reason is that the team has benefited from a season long surge in offense with runners in scoring position. Consider the following lines:

There are terms to describe this. "Clutch" is one. "Cluster luck" another. One way or another the Mariners as a team have benefited from an increase in offensive production in key points throughout the season.

It's agonizing to watch. What it is not is predicative. Last night the Mariners went 8-16 with runners in scoring position, and now over their last 9 games they are 14-53, good for a .264 average, just below their season long number.

To dismiss last night's improvement as solely the randomness of the cosmos is to do a disservice to the work and focus put in by the hitters. But there was a LOT of, well, good fortune. Let's look a little closer at some cluster luck:

I feel like Mike Zunino could run a BABIP of .550 or so and still only get a hit 1/4 of the time. With great K% comes great responsibility to make contact count. To his credit Zunino hit the ball hard. But Mike Trout heard a dog whistle or something and went this way:

Kyle Seager reaches out and hits a routine grounder to SS, but the Shortstop isn't there. The shift is on. Thanks Astros! Thanks Rays! The ball wasn't hit well, the swing was weird, and it's an RBI single.

Endy Chavez swung at this and weakly hit a grounder the opposite way, he drove in a run: 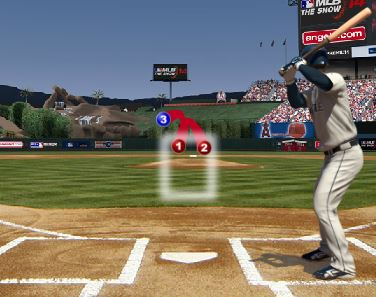 In fact, just watch the whole top of the 6th. Grab popcorn.

The Mariners scored 13 runs last night. The previous week+ they scored 14. Yesterday they played better. They also got a lot luckier. This is the sport we've committed to loving. It is fickle, random, dumb, cruel, hilarious and the best.