We bask in today's joy, with a jealous eye looking towards Grass Creek.

The Mariners have spent a half a decade teaching us to survive on a meager diet of 1-3 runs per game.  Feasts are rare and when they do occur they often consist of empty, non-nourishing caloric intake in games with little meaning, long after the season had been lost. How then to deal with tonight, as the Mariners shoved 30 oz of Kobe quality runs right into our eating orifice? I know how I did.

When Endy Chavez drilled Andre Rienzo in the sternum and drove in the 11th run with a line drive I choked. A little nasal drip zigged when it should have zagged, went down my windpipe and I spent about 2 minutes gagging, wheezing and scaring the crap out of my wife. It was purely coincidental but the discomfort felt appropriate. There are more ignoble ways to pass than death by shock.

The Chavez line drive was merely a data point in an ever rising trend chart of happiness. Scoring began with the surprisingly predictable occurrence of Dustin Ackley hitting a dinger, his 4th in the past 7 games. Scott Carroll didn't have command tonight. He fell behind Ackley 3-1 on a trio of pitches with too much tail and so he threw what I imagine the scouting book said was "The Dustin Ackley Groundout Pitch" which was any pitch thrown by any pitcher. So Carroll threw it here, no doubt feeling little to none of either fear nor trepidation: 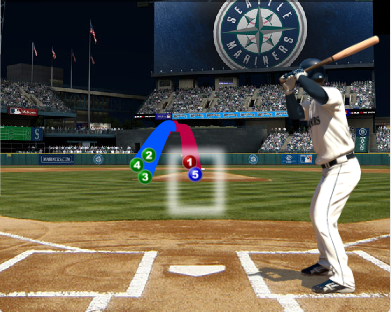 "Was." New shit has come to light.

The rest of the game blends together in an unceasing tumult of positive things. Roenis Elias was good. Endy Chavez hilariously hit the absolute piss out of a baseball and spent the rest of the game flexing his arm and guaranteeing that he'll be around for the rest of the year. More home runs were hit. The White Sox played terribly. Long residing ghosts were at least partially exorcised. Some players MAY have been hit and there MAY have been some pretty blatant retaliation by the White Sox and Lloyd McClendon MAY have had the wrong game circled as Lou Piniella Hall of Fame Night and got tossed.

The ever compressing season has shrunk to 48 games. The bad 2014 Mariners survived long enough to give the at least average 2014 Mariner a chance at squeeking through baseball's newly insecure attic window to the playoffs.  They have better run prevention than anyone in the game. The offense, a day after McClendon imparted the baseball manager equivalent of "my knee's actin' up rain's a comin" put a complete mollywhopping on a team. There are 4 teams within a half game in the American League. Four 45 year old 10k runners trying to beat each other at a marathon. It's kind of weird, but strangely beautiful. Also this is the best shape the Mariner have been in in ages.