Hisashi Iwakuma, Nick Markakis, and then two and a half hours of pointless baseball

The Orioles beat the Mariners on Sunday, 1-0.

Share All sharing options for: Hisashi Iwakuma, Nick Markakis, and then two and a half hours of pointless baseball

I love movies, and I even love re-watching movies I have seen many times before. I know full well that Michael will be christened as the new Don of the Corleone family every time I turn on The Godfather, but I still sit down for three hours and watch the whole thing unfold before my eyes as if something different will happen this time. Which is silly, really, because I have that movie on a disc sitting on my shelf, and the information is permanently written on the back of it like a tattoo. It's not going to change, ever.

Well, the Mariners have changed little bits and pieces of their movie in the recent years, weeks, months, and days, but somehow their movie still finds ways to play out to the same result half the time, even though the cast and script have undergone repeated dramatic shuffling. And you've seen this one before: The Mariners were shut out in a low-scoring baseball game despite having an incredible outing from their starting pitcher. Yes, that movie. My favorite one. You can't really criticize them for trying out new actors, but I'll be damned if they should maybe try changing the story once in a while.

Today's game was especially frustrating, because literally the only thing that ended up mattering during its entire two hour, 33 minute run time was the Orioles' first at bat. That at-bat lasted approximately ten minutes into the game, and if you've seen any two and a half hour movie you know that you can usually skip the first ten minutes and still get the gist of the story. Not this time! Here's the at-bat: 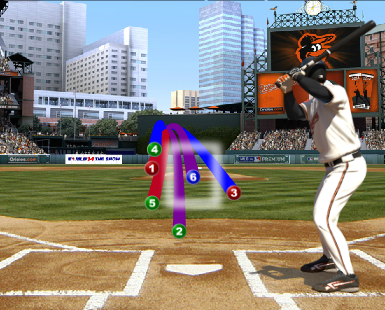 What you see here is a visualization of Hisashi Iwakuma surrendering a home run to Nick Markakis in the first inning. Iwakuma was throwing just a bit outside of the plate to start the day off, which is fine because he was damn close and able to tap those edges throughout the rest of the game. But that sixth pitch was certainly a terrible mistake, and would end up being the only thing that mattered all damn day. I have no idea where he wanted it to end up, but it wasn't right over the middle of the plate, that's for sure.

After this home run? Three straight strikeouts. If anyone can find me another inning that more perfectly embodies everything that is Hisashi Iwakuma, I'll...no, I won't do anything because you can't do that.

It's frustrating, too. Iwakuma threw every single M's pitch of the game except for one from Danny Farquhar in the eighth to get Adam Jones out. When you throw every pitch but one it usually means you are terrifyingly dominant, and that is exactly what Iwakuma was today. He was dominant--striking out seven O's hitters and only giving up five hits to a dangerous offense. That was terrifying--because it was all for naught. Same movie. Saaaaame movie.

So yeah. Hoo boy, lets see here...baseball. Love baseball. I suppose you will want a more in-depth breakdown of this here game, which I would advise against because you have ostensibly following the Mariners for some time and surely know that there are some games you should just ignore. Like this one! But alas, there are more words below on this here page, and that means that I have to keep writing them, even though they don't exist to me yet. Dammit, Mariners. Alright. Here we go.

In the top of the second, Kyle Seager took off to steal second after finding a hole through the shift. I'm going to make a claim here without really doing much research, which is dangerous and I hope someone can actually correct me if I'm wrong, but it seems that Seager has been finding success against shifts since that first dropped bunt in the Cleveland series. This is an encouraging trend, especially considering we watched Justin Smoak do literally the opposite of that over the past three years without seeming to understand why it was all happening in the first place. Anyway, so Seager took off for second on the pitch that got Denorfia to strike out swinging, and then this happened: 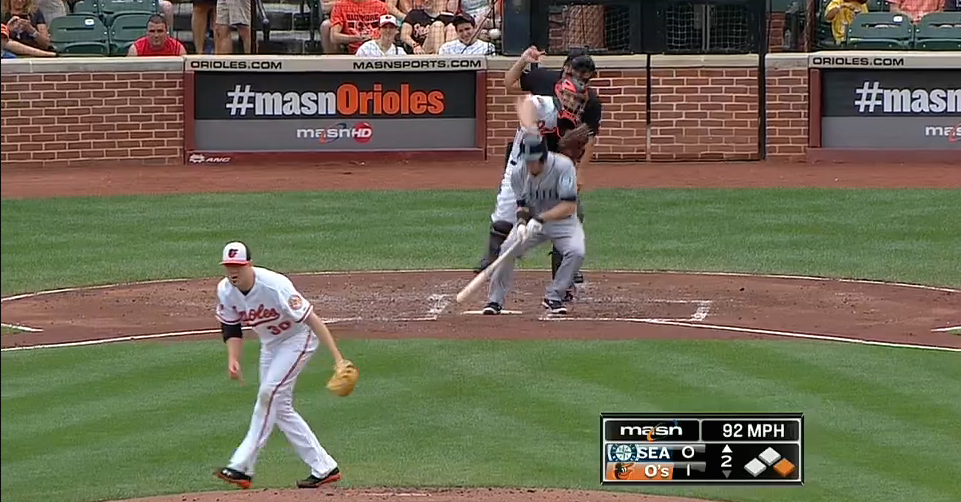 Seager was called safe, and Buck Showalter emerged from the dugout to try and argue that Denorfia interfered with the throw. Based on the picture, it looks like he was. But he ducked down as fast as he possibly could, only standing on home because he swung so hard his knees gave out. The call stood and Seager made it to third before Brad Miller struck out on four straight fastballs that depressingly were thrown right here: 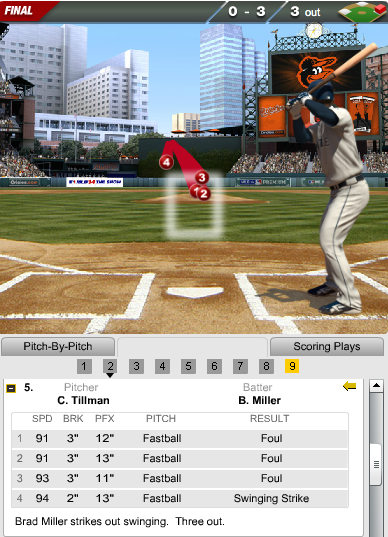 Miller swung at all of these pitches. Then, in the fifth, he struck out on this series of pitches: 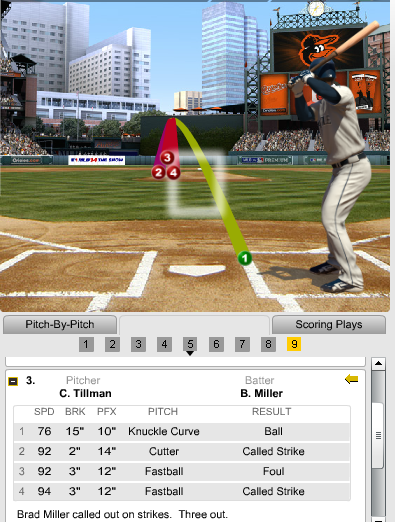 For better or worse--and we all know that Brad has been less than whelming this season--Miller only swung at one of these pitches. He only swung at one of them because only one of them was in the zone, and while you kind of wish he could punish mistakes on pitches thrown in that area, being timid at the plate has never been Brad's main problem. But those were called strikes, and they were called strikes in an area that gets called strikes often enough that Brooks Baseball actually designated a little dotted line around them on their website. Yes, home plate umpire Tim Timmons' zone was bad today. We can agree with that. But when you're getting the lefty strike consistently, you need to adjust your approach at the plate to account for it. The Mariners didn't seem to do that all that much today.

For the most part (yes, I know, more to come), the zone was consistently an exaggerated lefty zone, albeit a lefty zone on a huge jumbo buy-one-get-one-free pack of steroids. Here are both courtesy of Brooks, and notice that everything, has just been shifted over a good three inches. Including pitches called to righties: 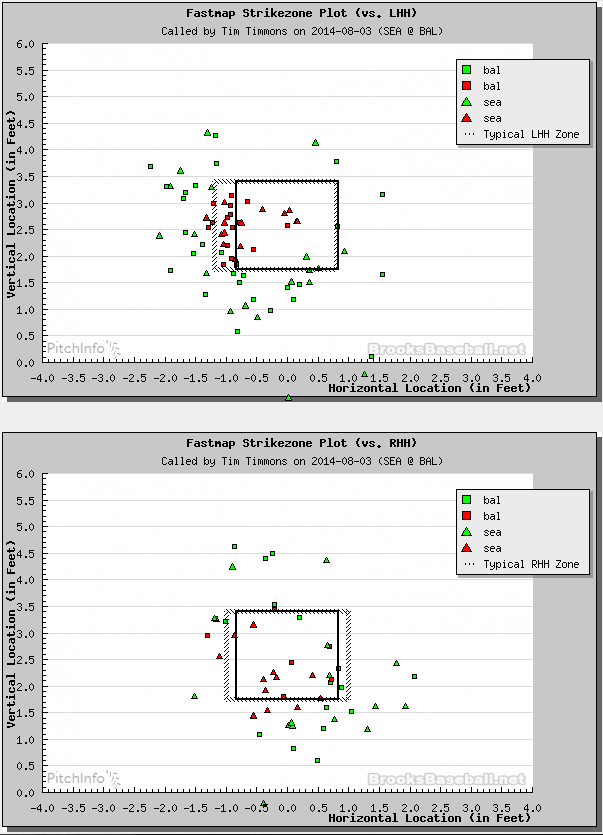 There is only so much you can do when a zone looks like this, but one of the things you can do is to realize that pitches middle and away are going to be called as strikes and not look at them. Same goes for Iwakuma's walk to Manny Machado in the eighth: 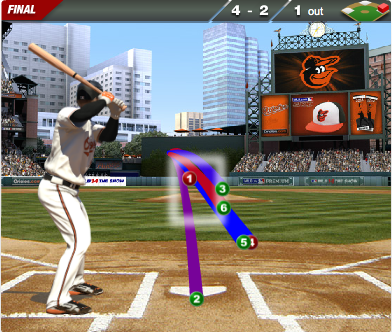 Again. I'm not trying to make excuses for any of this. But when the entire zone for both teams has been moved over three inches, you can't really expect it to suddenly correct itself halfway through the game. And when that happens, it might be smart to adjust your approach since we all know Umpires answer to no one except for irate bloggers and the comment section of Deadspin's annual expose series.

Now, before I finish this whole thing up by showing you the absolute horseshit called strike that ended the game, I want to stipulate that the Mariners didn't have to be in this situation. Chris Tillman was good today--and has been good in every one of his starts against the Mariners--but the Mariners aren't this bad anymore. They aren't supposed to be, anyway. Austin Jackson, Dustin Ackley, Chris Denorfia, and Mike Zunino all combined for zero hits today, which isn't something that is going to happen every single day of the year. Robinson Cano and Kyle Seager combined for two, which happens sometimes, but is certainly not part of the standard operating procedure these days.

We all know that the one-run-blowout movie is going to be on repeat with a team built on pitching and a lucky offense set around a few good hitters, but it's not any easier to watch happen again and again here in August with the playoffs still in reach. So instead, we should all look at this called strike that ended the game and pretend that it was the only thing standing between the Mariners and a win on the day. Not a good performance from Chris Tillman. Not a typical poor performance from an oft-overperforming offense. Not the luck of a 162 game season that allows for garbage games to happen 60 times every year. No, look at this shit: 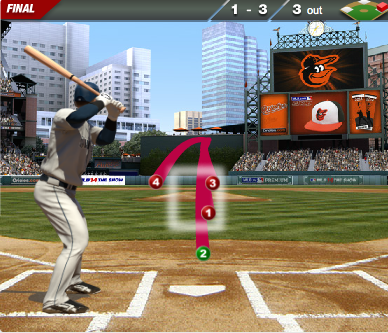 Now, sure. I probably oversimplified all of this in these previous paragraphs. If you look at all those balls in the zone to righties, you will notice a couple of strikes in the exact same spots where Iwakuma lost two to Machado. But complaining about umpiring can only get so far, even though it's kind of insane that MLB has technology available to the public that can police the strike zone, and instead, choose not to use it because they are apparently more afraid of the umpires' union than the players' union, which is absolutely bonkers.

And when you think about it that way, you have to realize that getting upset over something that is obviously never going to change is kind of a waste of time. The Mariners have won games with bad zones, and they have lost games with bad zones. Today they lost one, and maybe they shouldn't have let it come to a stupid called strike in the ninth inning.