Why the Jack Zduriencik extension wasn't a mistake

There are other GM candidates who could do a better job of running the Mariners than Jack Zduriencik can. That doesn't mean it would be smart for the team to fire him right between a long-awaited pennant chase and an incredibly important off-season.

Share All sharing options for: Why the Jack Zduriencik extension wasn't a mistake

Exactly one year ago, news broke that the Mariners had extended general manager Jack Zduriencik. In response, I wrote this article. It wasn't a good article - in retrospect, it was poorly organized and relied far too heavily on half-baked speculation - but I meant what I said and I said what I meant. It was time for the Mariners to fire Jack Z.

Two days ago, news broke that the Mariners have extended general manager Jack Zduriencik. In response, I am writing this article. It isn't exactly a full-circle moment - attentive title-readers have already noticed that I'm singing a different tune this time around - but it's funny how the more things change the more they stay the same. Last year's article was flawed, but I stand by its conclusion. In 2013, it was time for the Mariners to fire Jack Z.

It's not that I think he's proven himself. As much as I've generally liked what Jack Z has done over the last ~8 months, it takes more than a few good moves to turn my opinion around. I love Chris Young, but I remember Doug Fister, as it were. The sins of the Zduriencik front office are many: they've shown an inability to evaluate or develop minor league hitters, they have an unsettling obsession with right-handed power, and they've repeatedly proven themselves terrible at PR. I'm growing increasingly concerned that the great drafts the Mariners enjoyed early in Zduriencik's tenure were the results of a philosophy that left with Tony Blengino; it's hard to believe the same strategy responsible for these mid-round picks:

...was also responsible for these mid-round picks:

The current front office's remarkable ability to discover, sign, draft and/or develop pitching helps a lot, but to my mind it doesn't outweigh their weaknesses. In short, I don't think the Mariners have the best front office in baseball. I don't even think they have one of the better front offices in baseball. They're solidly below average.

Mariners make a mistake: Jack Zduriencik will return in 2014 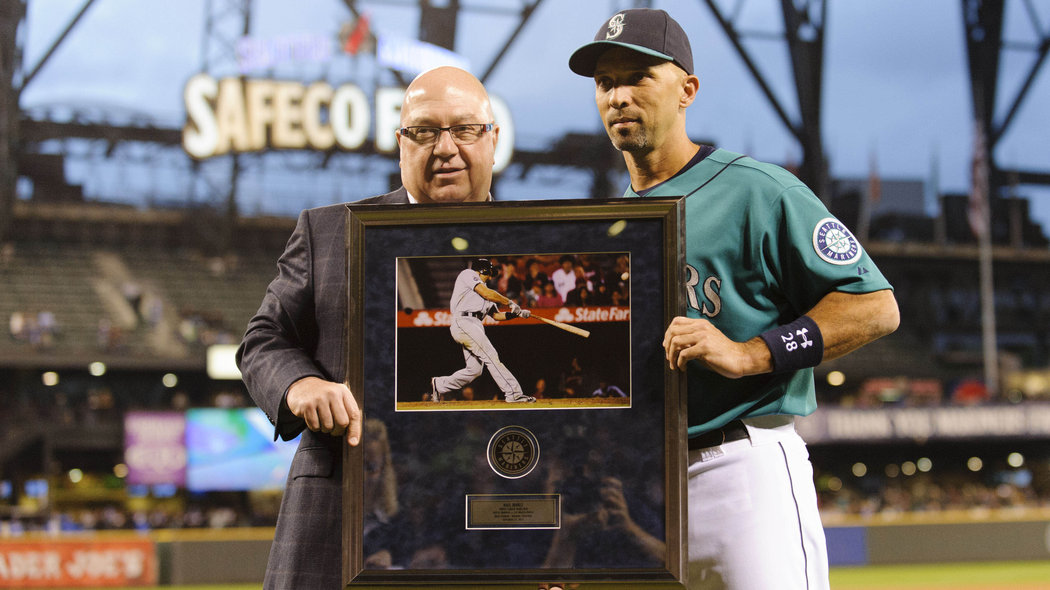 Get ready for a wild and potentially disastrous ride.

So yeah, the M's could improve their long-term standing if they fired Jack Z and hired someone else. Even ignoring Jeff Sullivan's source who says there's a super-team of young AGMs and analysts interested in running the Mariners, I have to think there's someone available who'd be better than the median GM. Executives around baseball seem to love Rangers AGM Thad Levine. The SABR squad is pretty infatuated with the Athletics' Farhan Zaidi. No one's hired Kim Ng yet. Names aside, is it really believable that MLB owners are so good at hiring GMs that they've already taken all fifteen of the world's fifteen best? Considering how much of an old boy's club MLB is, I doubt it. Maybe Howard Lincoln isn't savvy enough to hire a GM better than Zduriencik, but the right candidates are out there. The Mariners could get one.

They just shouldn't try it now.

Let's look at things from the team's perspective. With Jack Zduriencik's contract expiring at the end of this season, the Mariners had three options.

Option one would've been the thing to do last year, when the team had a terrible 25-man roster, incredible financial flexibility, and a retiring president. Ownership could've taken all the time in the world to hire a new front office without fear of missing out on important targets; there was no incentive to be good immediately. A year later, there's huge incentive to be good immediately. After the team's unexpected 2014 success, the Mariners are in position to go for it. Their window ends as soon as Felix and Cano become dead weight, so the front office has incentive to make it begin as soon as possible. Unfortunately, that's going to require a lot of work. The 2014 Mariners have been good, but they've been good because they've gotten career seasons from Felix, Cano, Seager, Young, and the entire bullpen all at the same time. That's not going to happen again. If the M's want to contend for more than the second wild card next year, they need to make massive upgrades. Which means being active in the winter. Which means not spending October and November hiring a new front office and getting it up to speed. So option one is out.

THE TIME FOR THE MARINERS TO FIRE JACK ZDURIENCIK CAME. THEN IT WENT.

Option two is ridiculous, of course, because of the Mariners' current record. No one fires a GM in the middle of a pennant race. No one fires a GM when the team's the best it's been in a decade, either. Even setting aside convention, there are plenty of reasons not to rush a new hiring late in the year. Many of the best candidates are currently working in other front offices, and teams don't like to let their employees interview for other jobs midseason. There's also a bit of "the devil you know" to it; a new GM (especially one hired after an abbreviated search) could absolutely be worse than Jack Z's been. And, to give Zduriencik some credit, it seems like he's been learning. The team's gone back to putting emphasis on outfield defense, for one thing. Andy van Slyke's hiring as outfield defensive coordinator and the Austin Jackson / Chris Denorfia trade deadline are proof of that. If the front office changed its ways once, it can change them again, and Jack Z does deserve some props for putting the team into a playoff race. So I don't think option two is justifiable.

As for option three... well, it's OK. I don't fully trust this front office to make the right moves over the winter, but I trust them to do better than an interim GM without any actual power would. I don't love the idea of letting Jack Z stick around for years and years, but an extension is not a promise. GMs get cut in the middle of long-term contracts all the time. The average GM makes about as much money as Justin Smoak, so it's not like the team really loses out if they fire Zduriencik and have to pay out the rest of his contract. There just isn't any downside to offering an extension.

Option three just sort of wins by process of elimination. Jack Z didn't get extended because he'd really really earned it. He got extended because the other options were "waste an important winter" and "rush a search for a new GM immediately after establishing a tendency to fire ones who win games". It's not a move to get excited about, or a move to get mad about. It's just a move.

I still say I would've fired Jack Z last year. Honestly, I'm a little disappointed that the Mariners didn't. But now the team needs to get better ASAP, and for that they need all hands on deck, regardless of whether or not those hands are the best hands available. The time for the Mariners to fire Jack Zduriencik came. Then it went. Now, caught between a long-awaited pennant chase and an incredibly important off-season, Jack Z and the M's are stuck with each other.

Here's hoping it works out.