Mariners lose game to Tony Randazzo and I guess the Tigers too. 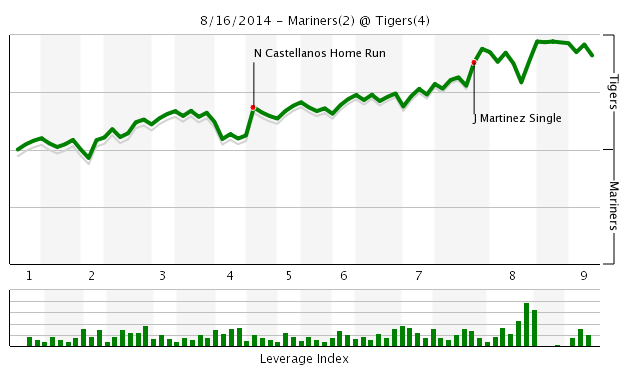 Well, at least the A's lost today too.

1. You are granted the opportunity to know the exact future career stats of any player in the Mariner organization under the age of 26 so long as you promise not to reveal the results to anyone ever (or else you'll forget it a la Men In Black). Which player's destiny would you like to hear?

2. Would you endorse the transformation of either Brandon Maurer or Tom Wilhelmsen into a starter next year? Any other member of the bullpen?