As hitters adjust to what Chris Young is throwing, Young adjusts right back.

Still, that's what most of us are coming around to, trusting Chris Young. Last night, as I was checking in on the At Bat app during the first inning, I was disappointed that Young surrendered a run early. But while past instances, now months ago, may have bred a bit of a "Oh no, is this it? Are we going to see him finally get shelled?" sentiment, it wasn't there.

Instead, it was replaced by the welcome, and now nearly commonplace "Well, there's a good chance that's all they're going to get. And if that's it, we can still win this." And that's how it played out, that is all the Blue Jays got, as Chris Young strolled to that nice 6 IP, 1 ER, 3 K, 2 BB line.

For a long time, it felt as though Chris Young was simply tricking opponents. Eventually, the voodoo would fade as whatever the hell he was doing would be figured out, and the whole scheme would come crashing back to earth. Chris Young was an absolute, and hitters being flummoxed was a variable that would inevitably change.

Well, that's not how baseball works. I think we all here are aware of that. As hitters adjust to pitchers, pitchers adjust right back—or even do the adjusting first. I don't know, there's just lots of adjusting. Let's get to the point.

Chris Young has been in a constant state of adjustment. Just by watching, it's easy to see what he's doing, but here's a graphical interpretation. This is Chris Young's pitch usage by month, courtesy of Brooks Baseball. 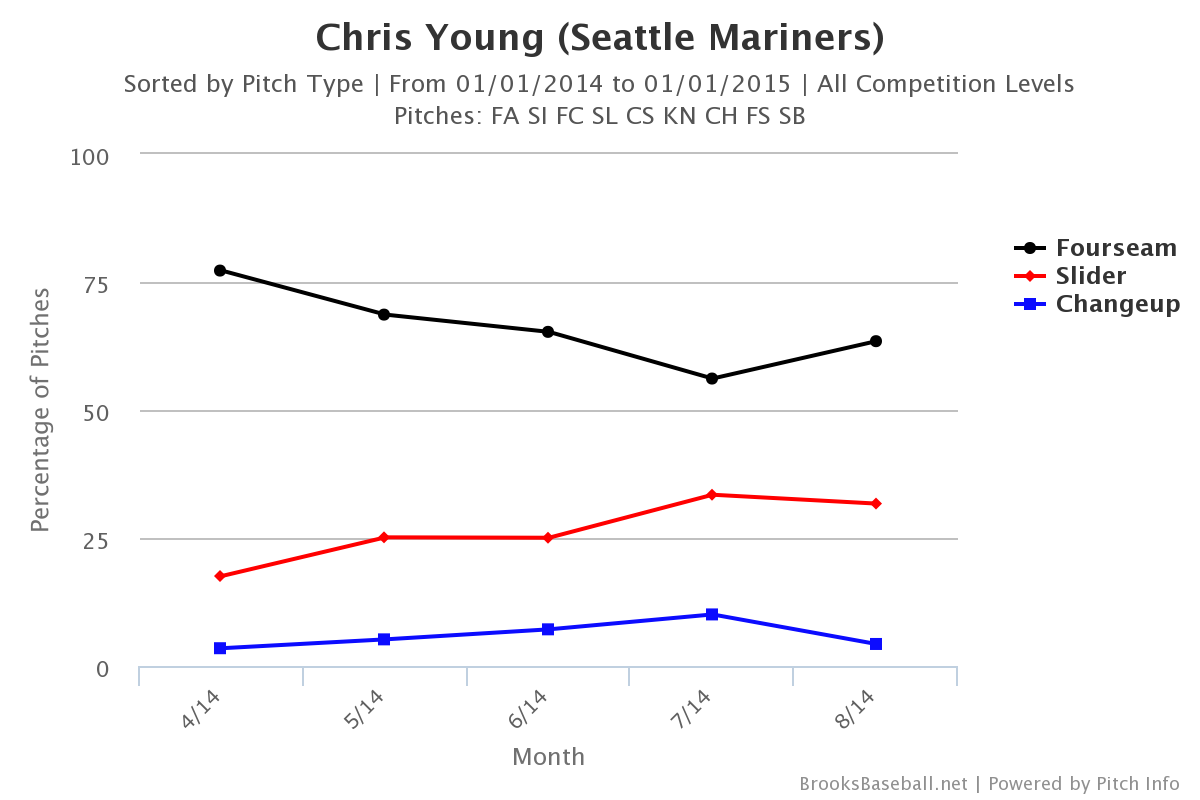 Over the course of the season, Chris Young has been using his fastball less and less and less as he works in more of his off-speed stuff—mostly the slider, but also changeup a little bit as well.

Now, as you can tell, there's been of a bit self-correction lately. Where it had increased every month previously, there had been a bit of a drop-off. Why? Well, that approach just wasn't working as much anymore, so Young's continued to alter his offering. 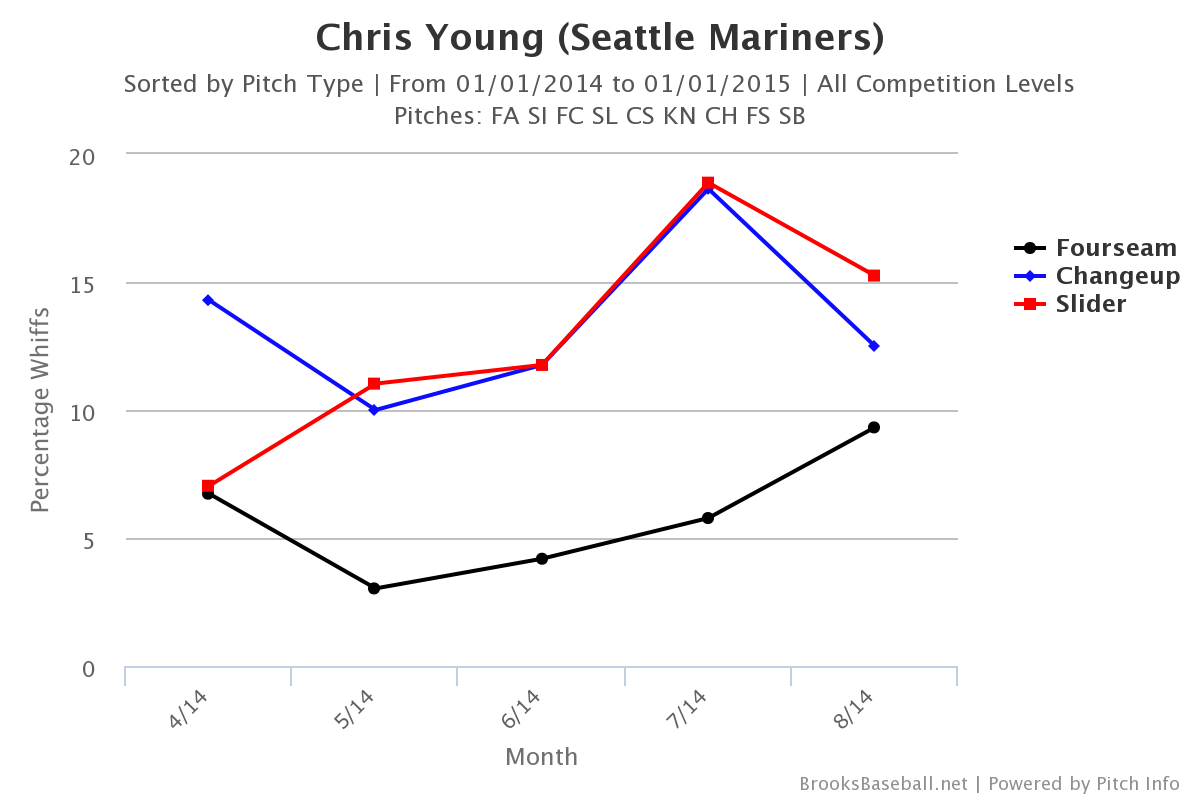 With just two August starts, the sample is small, but the evidence is still clear: hitters haven't been swinging and missing on the off-speed stuff as much, but they've been missing the fastball more, so he's adjusting.

And how have the results been? Are hitters really fooled? Well, here's his strikeout rate by month. 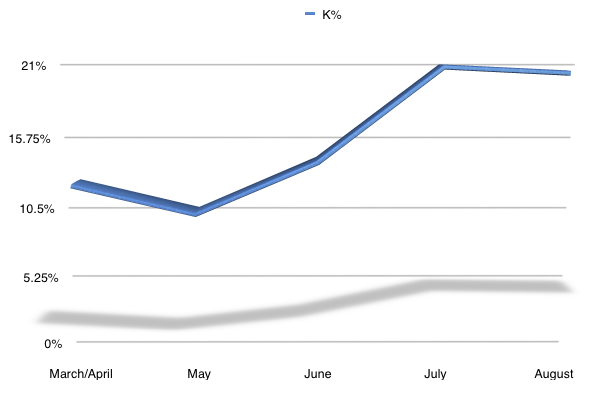 Yeah, I'd say it's working.

For as much as we enjoy well-reasoned quotes on why Chris Young hates pitcher wins, what he does on the field is as much, if not more, reason to celebrate Young as a genuinely cerebral pitcher. We've long wondered how in the world he gets by with his raw stuff, long suspecting that something like a effective velocity strategy might be in play, but stuff like this makes it clear to see simple attention-to-detail and a thought-out strategy are a big component.

Chris Young's been a treasure this year, and after everything he's shown, I have no problem trusting Chris Young to keep that voodoo working in the heart of a pennant race.