Chris Young gives the Mariners 6 solid innings and the offense hits a couple homers and doubles to defeat the Blue Jays 6-3.

The Ballad of Chris Young

And he was a wizard or some shit

With odd peripherals awww fuck it-

It's weird and it's not getting any less weird.  I think he's just messing with us.  Chris Young ended up going 6 innings and only giving up 2 hits.  But he started the game by letting the first two batters on with a walk and a double and a run scored before an out was recorded.  Like he just wanted to mess with us.  "Hey guys, the wheels are off, the mystery is over, this is me now, the true me, this is regression".

"Haha, just kidding-" [gets 18 outs while only allowing one other hit]

Young did give up one whole walk in those additional 6 innings and only had 3 K's.  I am most likely the weakest statistical analyst on the LL staff and so, I don't know, do you want me to try and figure this shit out?  I'm fine with saying "Fuck it, whatever".  Or go read this or this, fuck it, whatever, I don't know.  What makes it even more especially weird is that Felix pitched another gem last night and the contrast, I unno, I'm walking away.  Thanks for being pretty good this year Chris Young.  Thanks for saving the rotation.  We like you.

And then they scored 6 runs too.  Which is twice as many as they need to win, going something like 49-12 when they score 3 or more runs.  Something like that, because it's 3am now and I don't know where the stat is and I think Logan said in the game thread that it's an .800 winning percentage when that happens.

But it never hurts to score more and tonight they actually needed it since the Jays mounted a failed but still annoying comeback and put up 3 runs.  Which didn't ruin the other neat streak the Mariners have going right now (Of course Felix's 16 game streak is "The One") of allowing 3 or fewer runs in 11 straight games.

So let's do the bad real quick.  Those 3 runs that the bad guys scored, one by Chris Young and the other two were Brandon Maurer.  Maurer gave up 3 hits, 2 runs and recorded zero outs.  It was not "New Brandon Maurer".  Oh well, they scored 6 runs, we'll allow it this time Brandon.  Those 6 runs were scored without the help of Robinson Cano, or Norf or Zunino.  They were a combined 0-11.  Oh well, the Mariners scored 6 runs.

And the 6 runs.  Dustin Ackley got the, let's call it the game-winner.  A two run single in the 5th that put them at 4 runs scored.  Maybe more importantly, Kendrys Morales had a great game.  Small sample size.  Not calling it a comeback.  I know not what goes on, is he fixed, is the rust gone, fluke, good lunch, good night's sleep, luck?  He hit a dinger and later hit a double.  Whatever it was, we'll take it.  But damn, if he actually gets going and the DH black hole turns into not a black hole...

Speaking of positional black holes, Logan Morrison at the Firstius Baseus Black Hole extended his hitting streak to 13 games, the longest current streak in the league.  So make that 3 interesting streaks that the Mariners are currently involved in.  He also hit a double.  Refer above to the Morales ramble and yes, wouldn't it be nice.

Oh and also Kyle Seager hit another dinger and tied Zunino at 18 for the club lead but it's just expected and so it's relegated to the bottom because it's not really interesting when something expected happens.  How fascinating, Kyle Seager had another All-Star caliber game, what a special day, two hits and a home run, never seen that before, super different and interesting, yawwwwwwwn

And now the big picture.  Let's go look at those standings, let's do it together so that you don't get scared or sad while you're alone.  Ok, you ready?  3-2-1 CLICK. 64-55 for a .538 winning percentage. The Detroit Tigers, after getting passed up by the streaking Royals for the AL Central division lead were the current leaders for the second wild card and they now stand at....63-54 for a .538 winning percentage....The Mariners play one final game against Toronto tomorrow (With a nearly unstoppable Kuma on the mound) and then they travel to....Detroit. 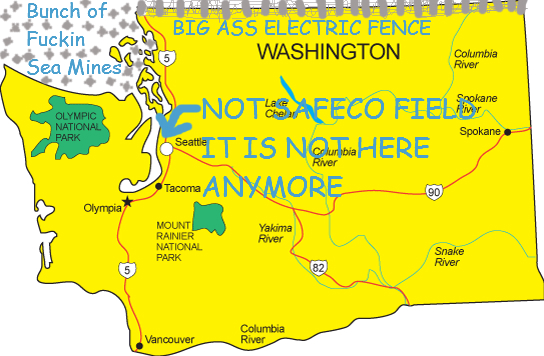