Josh Willingham makes a whole lot of sense as an upgrade in the outfield, and he shouldn't cost too much in return.

The fact that the Mariners need to add some talent in the outfield is one of the worst kept secrets in all of baseball. Everyone knows they need something better than Endy Chavez and Dustin Ackley, and most people seem to assume it has to be a right-handed bat. It makes sense, after all. The Mariners don't have a lot of offensive firepower, and their lineup is super lefty-heavy. But adding any kind of upgrade in the outfield, left-handed or right-handed, would be a welcome addition.

But it just so happens that the easiest trade target for the Mariners is a right-handed corner outfielder, and he's currently in town. Josh Willingham has been connected to the Mariners forever, both as a trade target and a former free agent courtship. He's right-handed (check), has power (check), gets on base (check), and has a contract that expires in three months (check.)

Willingham is sitting on 0.7 WAR through 43 games, thanks to a fractured wrist that caused an extended absence early in the season. Even in decline, he has the look of a player worth 1 to 1.5 WAR the rest of the year, though there's always the chance that he could crater out like 2013, in which his offense sunk to a 102 wRC+, rendering him the very definition of a replacement player (0 WAR).

He's never been the most healthy player around, missing at least 25 games a year every season since 2007, but he has already gotten a major injury out of the way this year. Willingham's ability to hit for average is as sunk as it was in 2013, coming in at .217. But he's walked a ton at a career high 17% clip, resulting in a large BA/OBP split -- .369 for the latter. He's still got plenty of pop too with .217 ISO despite his pitcher friendly park. Safeco Field still isn't particularly friendly to batters of Willingham's skillset, especially when you look at his spray chart. 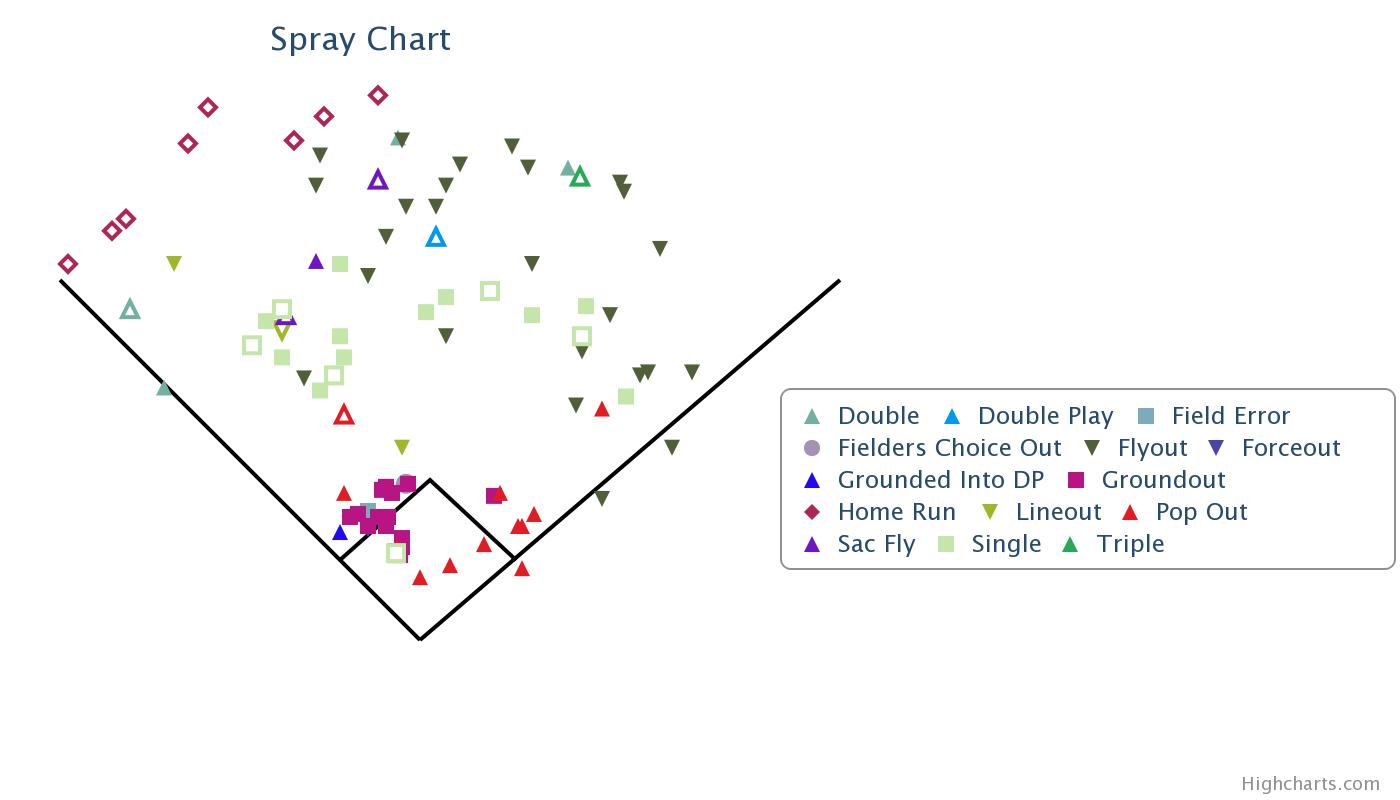 He'd still be a welcome addition and a clear offensive upgrade.

The best part about trading for Josh Willingham is the price. The Twins are one of a handful of teams who appear to be clear sellers at 39-49, as their purchase of Kendrys Morales hasn't taken them anywhere near the top, let alone over it. They're dead last in the AL Central, a full 10.5 games out of the division lead and 9.5 games out of a wild card spot. The Twins are done, and it's only a matter of time before they start selling. At 35, Willingham's future with the organization is spotty at best, and he seems to be an obvious candidate to be moved. He won't be expensive.

It's unlikely the Mariners would have to part with somebody like Nick Franklin or Chris Taylor to acquire Willingham. He can probably be had for somebody from the excess batch of relievers the Mariners possess, perhaps somebody like Carson Smith and/or a developmental prospect who has boom, but mostly bust potential. The Twins flat out aren't getting a big name for a half-season rental of Willingham.

The Cubs only got RHP Corey Black, a former 4th round single-A starting pitcher prospect with control issues, for Alfonso Soriano last year, and while the money was a bigger factor, the Cubs had to swallow a huge chunk of it to make the deal work -- the Cubs are still paying the freshly-designated Soriano $13 million this season. With Willingham's relatively affordable salary, it's probably unlikely that the Twins would do the M's any similar favors. For a loose comparison, Corey Black is to Chicago as Tyler Pike is to Seattle, and that's probably a little on the generous side.

Willingham slots into a Mariners lineup with ease, replacing Endy Chavez and/or Dustin Ackley, as well as providing some insurance for Corey Hart's continued struggles. He's a poor defender but would still represent a probable upgrade over Dustin Ackley, and even if Ackley starts to right the ship, there are still plenty of places for Willingham to contribute throughout the lineup. Even if other options become available, Willingham can freely start against left-handed pitching. This is the kind of player the Mariners should target at this point in early July -- affordable upgrades that will make a difference.

The Mariners shouldn't sell the farm in their chase for a one game wild card for anything but the right piece, and acquiring Josh Willingham would allow the Mariners to hold onto all of their important ammo should that deal become available.