If you're looking for someone to blame for whatever the hell happened in Chicago today, start with those of us who were ecstatic to watch Hector Noesi implode against his former team today. Including myself.

Look, I know it doesn't work that way. This game would have gone the way it did without any of us watching it or even existing in the first place. It would be peak narcissism to imagine we possess any impact on the goings-on of major league baseball games, but tell me, and tell me honestly, that you didn't feel the slightest bit responsible for this whole shit-storm the second after Brad Miller's fly ball was caught by Alejandro De Aza to end the game. Like you deserved this just a little for getting excited about watching Hector fucking Noesi blow up wearing a different uniform for once. Like you should have just treated this like any other game. Like I probably shouldn't have been referencing this game all week in my recaps and game threads. Like I, oh to hell with it, let's just get this over with.

If you watched today's game, you were treated to a few terrifying innings from Taijuan Walker early in the game. Taijuan was making his second start, and like his first against the Astros last week, wasn't the sharpest in his first few frames. And this time, he didn't have Mike Zunino's pitch framing to help him out: 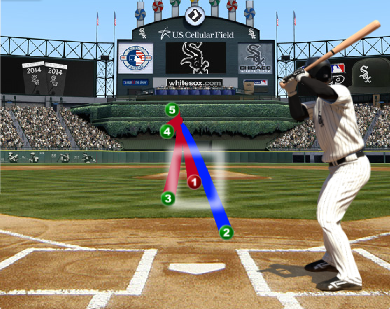 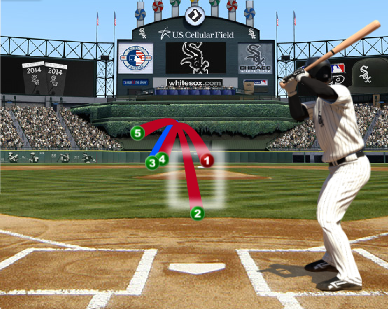 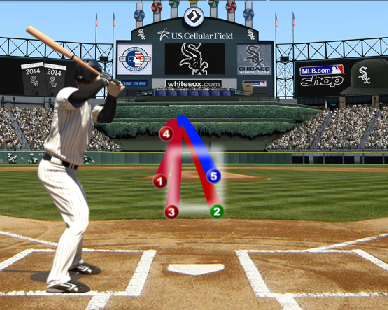 Still, though, blaming this on John Buck would be both irresponsible and wrong. You may notice in some of those screengrabs that there are three other green balls in addition to the borderline ones that whoah, yikes.

No, what happened today was as simple as Taijuan having trouble hitting his spots--whether from nerves, mechanical issues, pitches not working, or whatever it was. Dominic Leone was up and warming in the first inning, and this game seemed tailor-made for a 12-2 blowout. But look at that final score: 1-0 White Sox. The only run scored on a wild pitch from Taijuan in the first inning that even Zunino wouldn't have had. He only gave up two hits in his four innings, and while his five walks were both unfortunate and why the Mariners found themselves behind, they were far from worrying.

Taijuan was pulled in the fifth inning with a one-run deficit and 83 pitches. His stuff was fine, with the exception of a few offspeed pitches that got away from him here and there, and that statement is less indicative of a capital-I Issue and more just hey, sometimes you have shitty days at work. Hell, I totaled my car by driving into some potted plants a few months ago on my way to work, and that's a true story. I think I'm an alright driver, but that sentence may damn me from here on out.

The good news is that despite having a bit of an increased K/9 to BB/9 ratio in Tacoma last year, Taijuan has never had a glaring walk problem beyond being 21 and trying to figure out what he's doing. Today, Taijuan was an inexperienced 16 year old kid driver in a hundred-thousand dollar sports car, stalling it at every red light. Or a grown-ass man running into a ceramic pot at a gas station. The fact that he escaped all this with only a run of damage speaks volume about both him and the Mariners offense on the day.

Which...ah, yes! Our favorite topic. After the damage was done in the first inning, the game picked right up where yesterday's 14-inning snoozer left off, sans any heroics by anyone worthy of a word in a recap. Noesi was pitching...well, and while the Mariners were probably being too aggressive with him, he was simply showing off part of the reason why he remained in Seattle for as long as he did. Still, I'll let LLoyd take this one:

McClendon on Noesi: "If you're looking for accolades from me, you probably better go over there and talk to them."

The thing is that Hector Noesi isn't a bad pitcher. Hector Noesi can regularly throw 95 and has six pitches. That's a scout's wet dream. I won't pretend I know the first thing about scouting pitchers, but everyone has always said that Hector Noesi's problem isn't talent. I don't know what his problem is, and it's clear he has one, but the White Sox think they can fix it--and the Mariners helped them quite a bit today. Noesi only walked two M's hitters, struck out five, and let five hits wilt into dust on the basepaths.

In fact, the M's only real chance to do anything came late in the game, once Noesi's pitch count began to rise, giving up two of his five hits on the day. The inning started with a groundout from John Buck followed by a single from Dustin Ackley. Brad Miller joined Ack on the basepaths a second later, and then Endy sent Dustin to third with a fly ball. Robin Ventura came to replace Noesi with Eric Surkamp, who proceeded to walk Michael Saunders with this smart at bat: 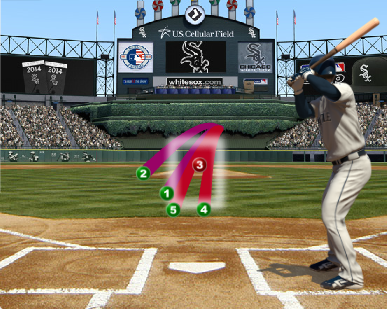 Up walked Robinson Cano, number five hitter in the American League, bases juiced, two outs. Surkamp wound up and threw a curveball that didn't curve, instead picking up trajectory and heading straight for Cano's head. I know you thought it, we all thought it. The game would have been tied, but what the hell do you do when you look and see a baseball headed straight for your face? Telling Cano to take it would be just as foolish as hoping he did, and while it absolutely blows day-old leftover curry chunks that the Mariners lost a baseball game to Hector Noesi and the dreaded White Sox today, the team is eight games above .500 in July for the first time since 2007, have four potential All-Stars on their roster, currently own 50% odds to make the playoffs, and don't force you to listen to Hawk Harrelson every time you want to catch a minute of baseball on your television. You have very little to complain about.

Still, yes, it was painful. I get that. The M's couldn't convert anything despite two more good innings from soon to be Yankees' closer Brandon Maurer, and they leave Chicago with a series loss for the umpteenth time since whenever. All those nice things in the above paragraph don't make losses like this any easier to stomach, but if you didn't realize that baseball is the most confusing and heartbreaking cultural tradition we invented for some stupid reason on that field in New York one hundred and eighty years ago, then you only have yourself to blame.

Embrace the chaos, folks. Besides, it's exactly what got the M's to meaningful July baseball this year, and I'll take that over anything else. But let's leave Hector Noesi at home next time, thankyouverymuch.