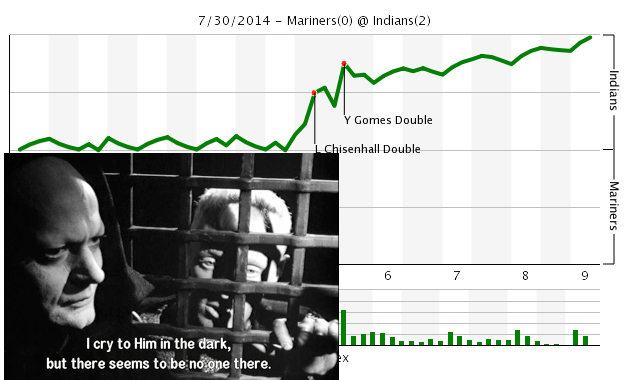 That fucking guy with the drum: Mike Zunino (.106 WPA)

Felix broke Tom Seaver's record of 13 consecutive starts with at least seven innings pitched while giving up fewer than two runs with a loss because the universe wouldn't allow it any other way. What, you're surprised?

1. Dave Cameron has long been beating the drum for moving the trade deadline later in the season to avoid what looks like will happen this year--ten or so teams thinking they are contenders holding on to tradeable pieces only to realize they should have traded them all only a week or so later. What do you think of this idea?

2. Something positive--what's your favorite Mariners trade you can remember?

3. I am new in town and want dessert and/or ice cream. Tell me where I need to go: