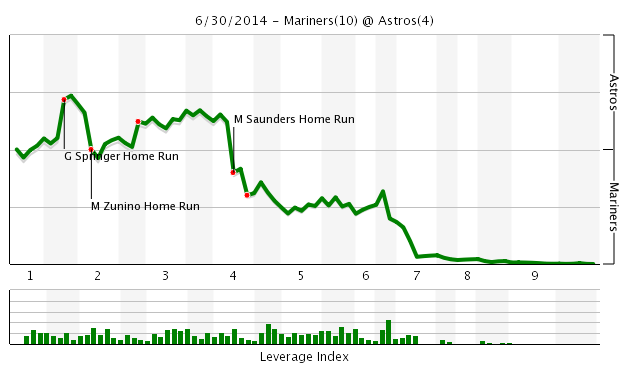 The Mariners made (at least me) forget that I was watching Taijuan Walker's debut with many a home run, stolen base, and scored run. Dominating the Astros. It just feels right.

1. By now you've probably heard about the people who hacked the Astros and released 10 months worth of internal trade dialogue. Among them was a rumor that the Mariners offered the Astros Dustin Ackley for Jason Castro in order to offer Castro to other teams. Thoughts on this?

2. How much would someone have to pay you to keep your self completely in the dark about the Mariners for a whole season? No scores, transactions, jokes, player names, nothing. For a whole year you would practically forget they existed.

3. What in-house transactions would you make right now if you were the M's? (Call ups and send-downs only, basically)