It was turning into a blowout but then the Mariners blew it before Brad Miller blowed up a bomb in the 9th and then Fernando Rodney almost but didn't blow it again. Mariners beat the Royals 7-5.

The Royals were hot hot hot coming into this series, having overtaken the Detroit Tigers for first place in the AL Central.  The Mariners just put us through a bad week.  Scott went over this nonsense here and luckily it did not continue tonight.  Endy Chavez and Robinson Cano gave the Mariners their token run in the first but by the end of the 5th the team was up to five.  5 solid runs.  Losing sucks, but losing when you only score 1 run (OR LESS!) is terrible.  So let's put that behind us.

And before we go back to what was behind us, let's talk about those 5 runs!  Here is a link to a monster blast from Mike Zunino in the 4th.  It was somewhere between 419 and 424 feet depending on which beat writer you think has the best distance measuring skills.  Monster blast was also possibly one of their terms, which was contradicted by another calling it silent.  It was a silent monster blast of indeterminate distance.  Silent monsters exist, so maybe it wasn't a contradiction.  It was nice and I liked it.

James Jones was on fire with 3 hits and was knocked home by a Cano double in the 5th.  Cano raised his AL leading batting average to .337 with two hits in three at bats to go along with two walks.  This is mentioned because didn't you see I said "AL leading"?  That's neat.  I like neat things.  Cano also scored a run because of something Logan Morrison helped with.  It was a dinger, Lomo dingered in the 5th, a two run version, and that was five runs.  And with Kuma dealing on the mound, that would be game over.

But Kuma imploded and now we return to what was behind us.  The Royals might be pretty good and they started blasting homers and the game was quickly tied at 5 in the 6th.  This was bad and it got worse.  Those feelings of impending doom I mentioned at the top, that would be innings 7 and 8, just waiting for the Royals to score again.  I didn't necessarily give up, but it doesn't really matter what I do or not because the Mariners were going to lose.  It was resignation, but the fun kind.  The game was pretty fun and it was different than the last week and that's good.  So I started writing things up as a loss.  Oh well, can't win em all.

But of course Brad Miller isn't broken anymore.  Or even better, he was never broken at all!  Or maybe just kind of broken for a little bit.  Again, behind us, moving on.  Brad Miller game winning solo dinger, here it is.  This is the new Brad Miller who looks like the Original Brad Miller.  I'm calling this a walk off because it was the 9th and I live in a fantasy world with my own rules.

The Mariners picked up another run after loading the bases with two outs and it was Logan Morrison again with the RBI single.  Cano got thrown out at home trying to catch James Jones to end the inning.  But they wouldn't need the 7 runs, and 6 was enough because the Royals wouldn't score in the bottom of the 9th because I said this was a walkoff and the Mariners won 7-5.

(Although Rodney made it close putting the winning run at the plate in the bottom of the inning.  No worries though.  Arrow time, with Logan Morrison making another appearance.)

One last Logan Morrison appearance, since we didn't mention defense at all in this recap, here you go.  The Mariners are 38-36.  Just hanging in there.  I mean that in a good way, just keep hanging.

Here are a bunch of 5 word sentences about this game and the last 6 or so hours: 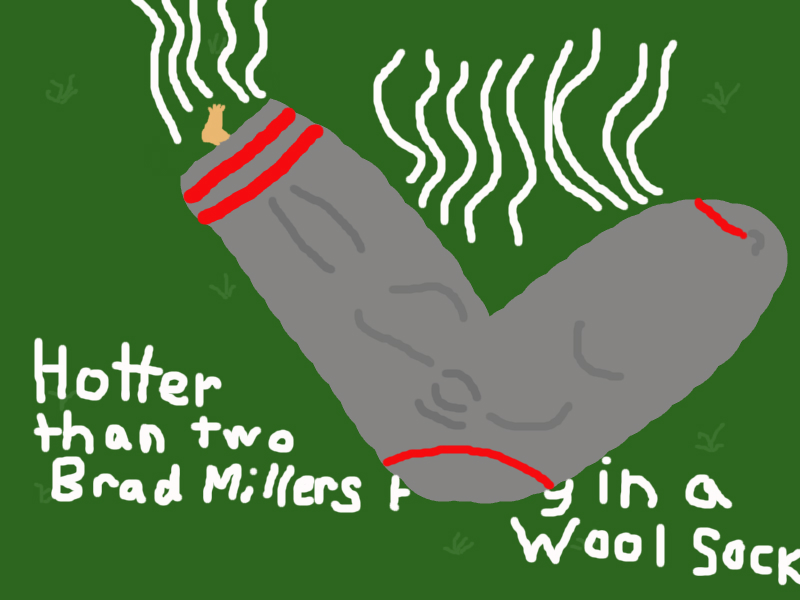