Share All sharing options for: A complete over-analysis of Jesus Montero's home run

When he hit it, something was different. That didn't look like a thing Jesus Montero was capable of doing. No, not hitting home runs—but the matter in which he looped that two-run dinger out and into Edgar's Cantina.

This, as I said, was something else.

As a quick refresher, here's how it looked:

And here's where that pitch was: 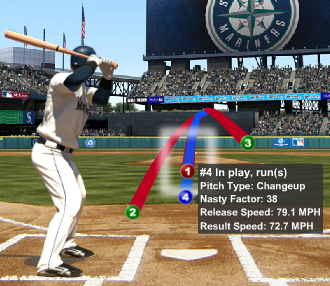 Brooks has it even more off the plate.

Ignore MLB.com's "Nasty Factor." That's a good pitch. It'd be better on one of the edges, sure, but that's a changeup down and out of the strike zone. And, make no mistake, Montero was most certainly fooled on it. But that's the biggest thing, despite being fooled and getting out in front of it, he didn't pull off of it. He kept the bat head in the zone, just tried to make good contact—and his strength took care of the rest. Now, I'll acknowledge, the called hit-and-run probably helped.

That being said, I couldn't help but be curious if Montero had ever done this type of thing before. I was curious how he fared against changeups down and out of the zone—and because Daren Willman is a goddamn wizard, I was able to check using Baseball Savant.

In his career, Montero has seen 128 changeups down and out of the zone, or off the plate. Here, with some editorializing, are all the ones he's put in play. 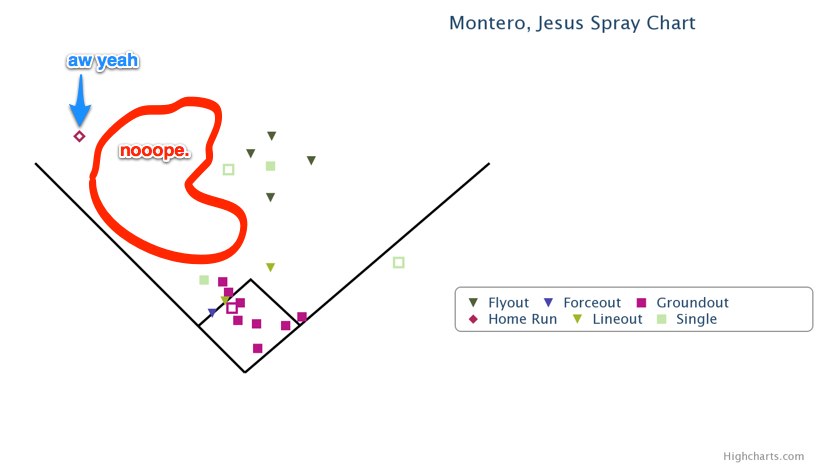 Jesus Montero had never in his major league career pulled a low changeup in the air. The point of a changeup, of course, is to get the hitter out in front. Now, you'd expect a hitter to roll over on lots of these, and Montero's done a fine job of that. But couldn't he get at least one in the air? Nope.

And it isn't for a lack of trying either. Of course, with changeups down and out of the zone, you want to lay off. That isn't a thing Jesus Montero does a lot of: 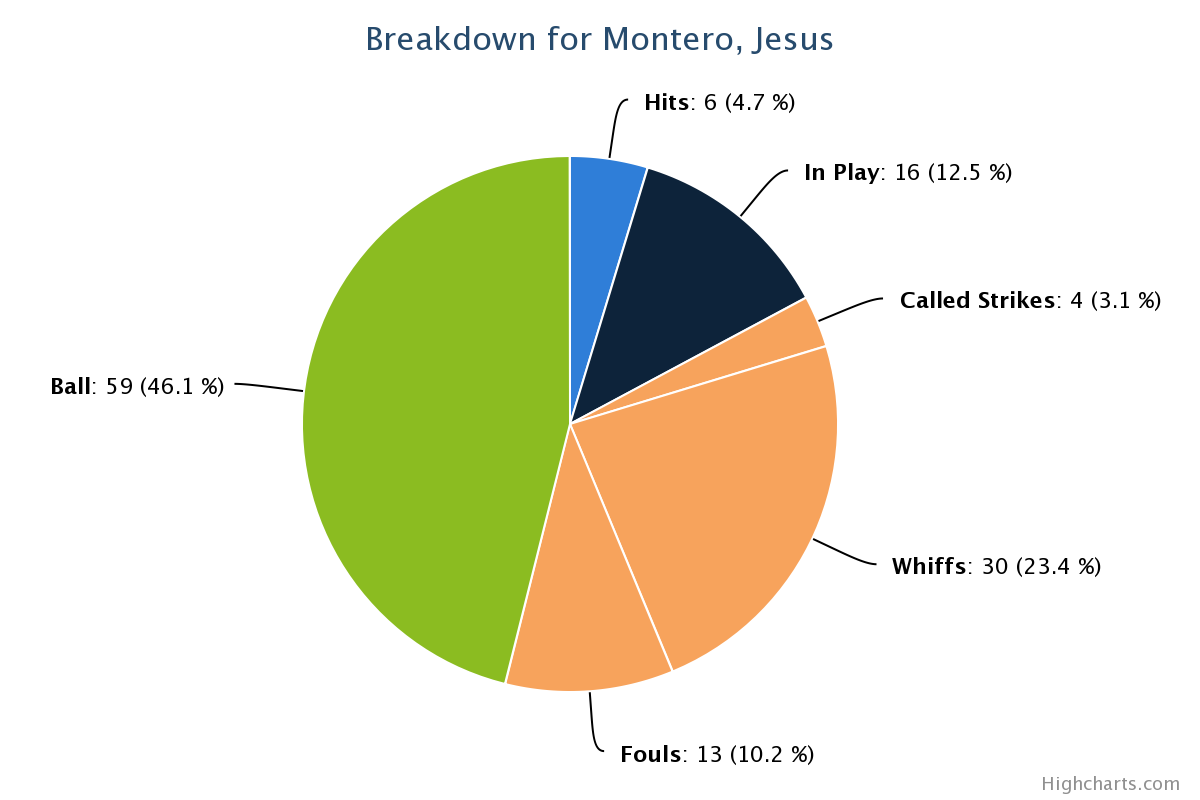 Yeah, of the 128 low changeups Montero has seen, he's swung at 65 of them—which is about half. He's whiffed on 46 percent of those swings.

Prior to yesterday, here's the best thing he's done with a similar low changeup (what Daren does is linking these charts to highlights, when available, is so unreal):

You can tell from the path of the ball, and the obvious topspin, that even though he made decent contact, he's pulling up and off of it.

Also, lastly, it's worth noting that, even for low changeups that catch the strike zone, Montero doesn't fare a great deal better. He does have a few more line drives, and even a double to left, but when you're looking at those pitches you're getting some that catch a lot of the plate.

To close this out, I'll admit this isn't all that substantial. It was something I found semi-interesting and thought I'd share.

Like I mentioned above, the best course of action on these pitches is just to lay off of them, and work your way into a count that yields more hittable offerings. But I don't expect a major approach from Jesus Montero anytime soon.

So if he's going to keep swinging at pitches like this, he should do more of what he did yesterday. Don't take a wild all-or-nothing cut at it. Keep the bat in the zone, put the barrel on the ball and let your strength take care of the rest.