Roenis Elias and the Mariners shut out the Tigers on Sunday, 4-0.

When Felix Hernandez threw his perfect game in 2012, Dave Sims emphatically roared out the final call of the game, narrating the moment with a bunch of little statements that sounded simultaneously scripted and off the cuff, as is his prerogative as a professional sports broadcaster. I don't remember what they were exactly, but he said something along the lines of "35 years, some big number of games, something, something, It's Finally Happened! A perfect game!"

It was kind of weird, because while we were all certainly hoping for King Felix to eventually have a perfecto, I'm not exactly sure anyone was sitting on their thumbs and waiting for it or anything. It's not as if he threw that final pitch for the final out and everyone shouted "FINALLY!" and then turned off their televisions to look out the window into the setting sun, realizing that it was all finally over. That'll do, pig. That'll do.

Well today, the Mariners finally got their first complete game of the 2014 season, and it wasn't performed by future-hall-of-famer Felix Hernandez or All-Star Hisashi Iwakuma, or even noted top prospects Taijuan Walker or James Paxton. It was done by a rookie from Cuba who has never thrown an inning of AAA ball, pitching in only his 12th career game and facing the team with the highest average in the American League. We weren't necessarily waiting for it, but we got it anyway.

Yes, Roenis Elias was lights out today. He faced 28 batters and struck out eight of them. He only had a single walk, and it came in a questionable zone early in the game. He gave up three hits. Three. And the weirdest part of all this was that he was facing the Tigers. Elias only struck out Miguel Cabrera once (only), but when he faced him in the ninth, two outs away from a shutout, he threw him this first pitch: 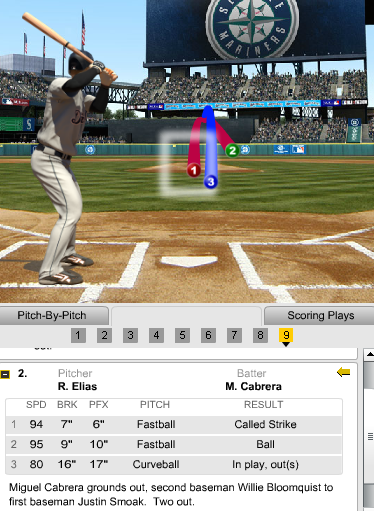 That's a belt-high fastball down the middle of the plate to a hitter with an average of .332 and a wRC+ of 157. To most pitchers, this would be suicide--brazen, foolish, wildly reckless. To Elias, it was a statement. I searched the timelines of some national writers after the game to see if anyone had been talking about Elias before this month, and the only tweet I saw was one from Jon Heyman during spring training, saying that Elias' "story" was "great." Well, with this pitch to one of the biggest superstars in the game, Elias has demanded to no longer be relegated to just a "great story." And after today, I think he may get his wish.

Now before I get ahead of myself, It should be reiterated that Elias has had his fair share of struggles this season, and looking this good for just one day doesn't really mean much yet. Last year Joe Saunders had two complete games for the Mariners and he ended the year with the second highest ERA and FIP in all of baseball. But the deeper we get into Elias' rookie year, and with the caveat that it's only been 12 games, Elias isn't really pitching outside of his career peripherals. His BABIP is where it usually is. His FIP is right in the middle. Fangraphs doesn't track xFIP for the minors, so we can't tell there, but his K/9 is right around his career average. He's even walking more batters than ever. And yet, here he is.

The Mariners are going to have a tough decision to make if both Walker and Paxton get healthy here pretty quick, and unless hitters start to figure Elias out, it looks like he could be sticking around for quite some time. Like Felix's perfect game, I'm not sure that everyone was waiting for this, either. But when Elias left the mound after the ninth inning grinning like a kid that just pulled off the biggest candy store heist in history, I couldn't help feel like something was being satiated by his performance. Maybe we don't know what we were waiting for, but whatever it is, I think we just got it.

If Elias was surprisingly wonderful today, then so were the rest of the Mariners. They had 11 hits against the reigning AL Cy Young award winner, and most of the damage was done by those you might least expect to see it from. The scoring started in the first, after Endy Chavez doubled (yes, doubled) on the second pitch of the game, after which he traded places with Michael Saunders. The good thing is that when you are on second base and you trade places with someone at home plate, they award your team a run, and you pass go, collect $200 dollars and the like. It would actually be the only run the Mariners needed all day. But no! They decided to keep it going.

The third inning saw more action against the Tigers' ace, after WFB got his blue collar messy with all that dirt under his fingernails, ripping a single and then taking third on a hit and run with Endy Chavez at the plate. James Jones quickly popped out, and Michael Saunders K'd to get two quick outs. Two outs in the third inning of a one-run ballgame against a devastating pitcher. Up came Justin Smoak, destroyer of baseballs. I'm sure you know what Lloyd did here. Lloyd looked at his lumbering power-hitting first baseman coming to bat with two 36 year olds on the basepaths. Then, he calmly folded his arms and watched, trusting Smoak to drive them in with anything--anything not caught in the outfield.

Ha! Of course not. That didn't happen. No, Lloyd sent Endy Chavez and Willie Bloomquist running in the middle of the at-bat. The throw went to second first, and then back home to get Bloomquist out for the final out of the inning. Cue the sad Charlie Brown music:

Now this could be a number of different things, of course. It could have been a hit-and-run, but it was only 2-2, and Chavez was trying to steal all during Smoak's at bat. Chavez could have been the only one with the green light, of course, and it's possible that Willie took of for home out of his own volition once the ball was sent across the diamond. But Willie even said it was a called double steal in his post-game interview with Jen Mueller, and that kind of seals the deal. Yes, it appears that Lloyd McClendon sent two 36 year old runners on a double steal in the middle of an at bat to his team's power-hitting first baseman. Unfortunately, I think this says more about Justin Smoak than it does about Lloyd McClendon.

Still, the Mariners wouldn't need the stolen base, as they got two more in the fifth with a double from Willie himself that scored Ackley, and another off the bat of James Jones. Roenis Elias kept dealing, and the deeper the M's got into the game, the better it started looking: not just for their July schedule, not just for their winning record in May, not just for their playoff hopes and tough road ahead, but for the players themselves. This is a team filled with guys ready to take the next step more in spirit than in performance, and every little bit of progress helps.

Especially when their rotation has been gut-punched by injuries.

Especially when their yearly outfield problem continues to metastasize.

Especially when their prospects continue to tumble into oblivion.

Especially when they've made the decision to stick with Brad Miller at shortstop over trade chip Nick Franklin and he craters, utterly craters into nothingness.

And yes, they got help on that last one today. I'll just leave you here with this last little tidbit from the game, occurring in the middle of the seventh inning before Elias retired the side in the ninth to notch the complete game. In the seventh, Brad Miller walked up to the plate. He had struck out swinging twice already, further plummeting his average down into the Earth so far that it was going to start appearing upside down on the other side of the globe. As he tapped his bat against his feet, he felt his slump was anything but over.

He knew that everyone was booing him, silently, furious for his spring training tease from months before. All he wanted to do was get his confidence back, to maybe be able to stand in the box face to face with a pitcher that wasn't Max Scherzer and be reminded that he deserves to be in the major leagues. That he could hit. Maybe all it would take was one. Maybe, hell, he didn't know.

He saw a ball up high from the Tigers' ace, and then stepped out of the box with a deep breath. Then, he stepped back in, lifted his bat behind his head with only his left hand, and closed his eyes. 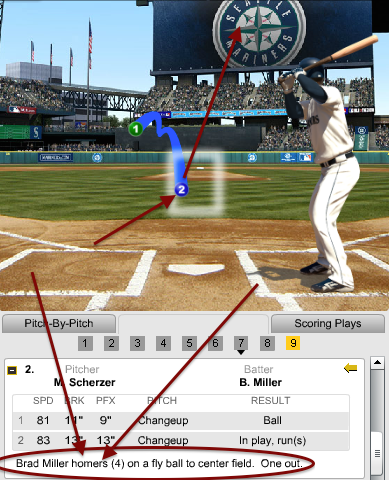 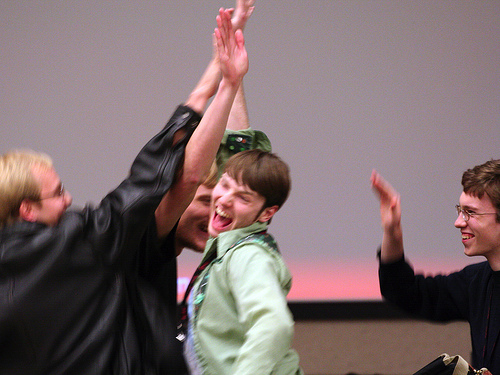 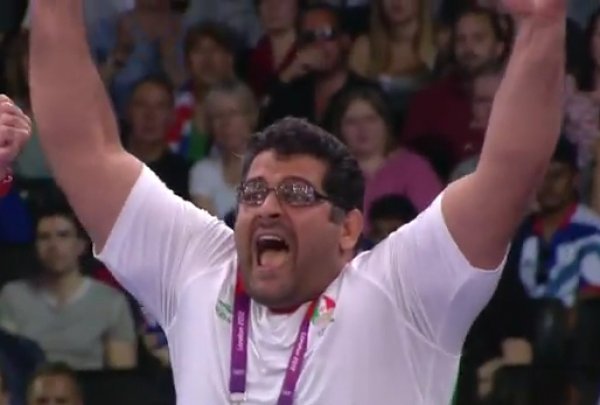 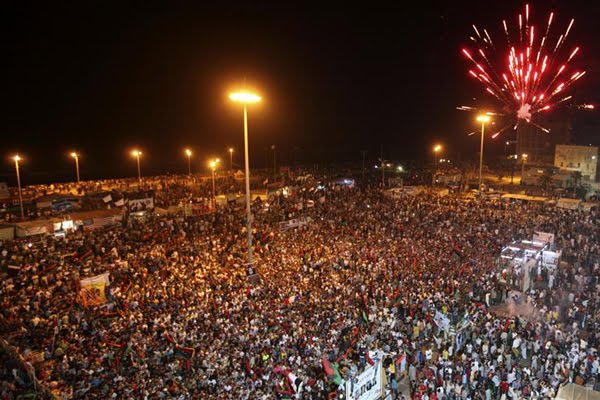 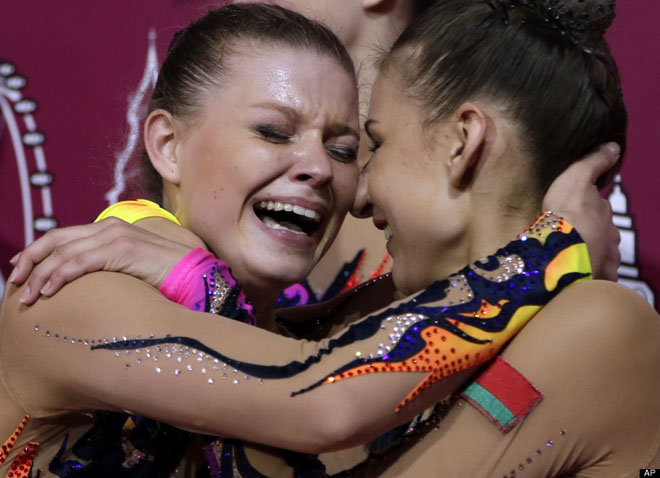 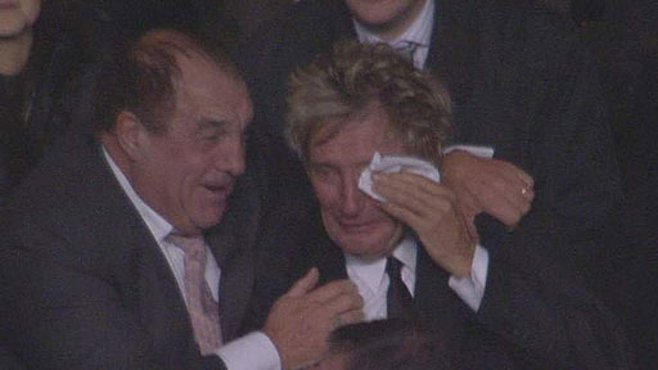