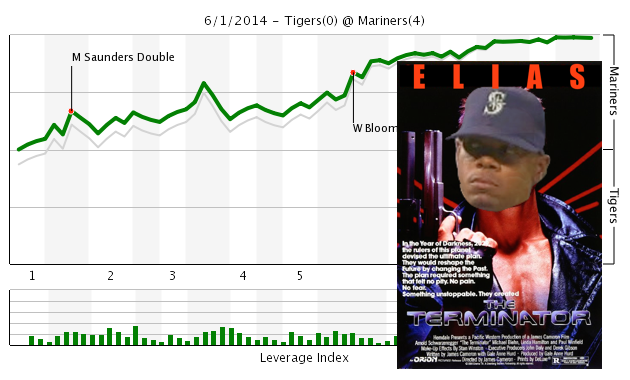 In what was perhaps the weirdest game of the entire 2014 campaign, the Mariners threw out a rookie pitcher from AA who pitched a complete game shutout against the team with the highest average in the American League, watched their struggling shortstop hit a home run off the reigning Cy Young winner, wrung valuable production out of two 36-year old veterans despite both trying a double steal early in the game, and now head into June at .500.

2. Without rosterbating, who do you hope the M's realistically have an eye on around the trade deadline?

3. Does Elias have a nickname already? If not, what should it be?