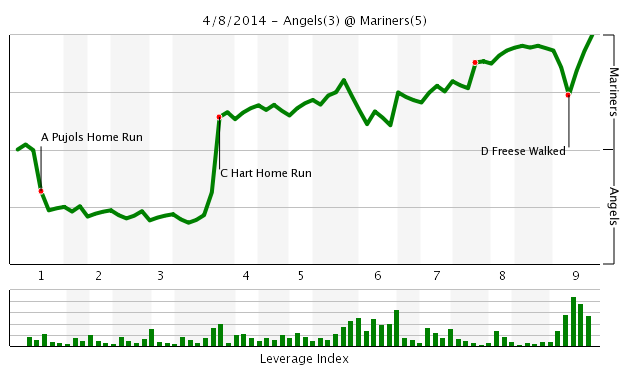 Anyone ever had a lat strain? What does it feel like?

Is Justin Smoak's glove going to the Hall of Fame after he tied the major league record for putouts in the 2nd inning?

Was it just me or did Felix Hernandez look a little bit annoyed when the Seahawks were basking in cheers before the game?