So I'm sure everyone has seen the Cano/Fallon video a thousand times by now. If not, here you go. But if you are of the stubborn ilk, the jist of that scene will almost definitely be played out on television tonight, as we watch Robinson Cano take his first-ever at bat in Yankee Stadium wearing a Seattle Mariners uniform. The boo-birds will be out in full force, but it sounds like the rain could be joining them for what will be an ocean of bad crap rained down upon the Seattle Mariners tonight. Hopefully they will respond differently.

In other news, look it's a Cole Gillespie in left field! LLoyd has claimed he's just giving Ackley a rest against a "tough lefty" which on one hand is true. On the other, woah... 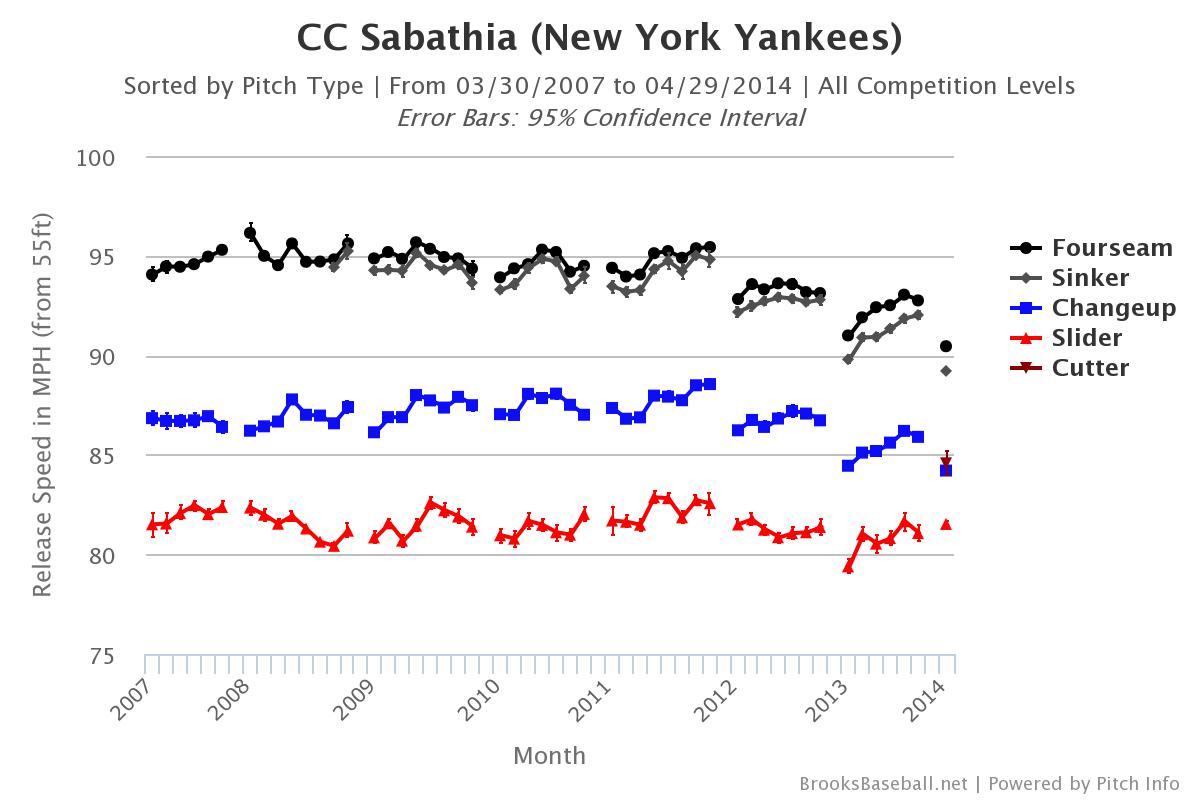 Now, it should be noted that Sabathia's 2013 April saw him averaging a 90.99 MPH on his fourseamer, which was brought up to a 92.75 by September. So his 90 MPH fastball today isn't too much of a concern for the Yankees beyond perhaps a recognition that some door shut in 2012 that will never be opened again. Sabathia has developed a cutter this season (haven't they all?) and is still generating a good amount of ground balls, whiffs, and has been doing a good job limiting damage. But he certainly isn't the CC Sabathia of yore, and I'm pretty interested to see what tonight has in store.