The borders of Mariner nation

Out on the lonely trails where people stop being true to the blue.

Share All sharing options for: The borders of Mariner nation

Dive into the New York Times' interactive Map of Baseball Nation, published on Thursday, and you can help but surface with some interesting trivia:

--The most rabidly pro-Mariners county in Washington is Snohomish County, where 66% of those who express a preference for an MLB team on Facebook choose the Mariners.

-- In King County, the county where Safeco Field is, a combination of transplants and scenesters (7% root for Boston) means that only 57% of fans are True to the Blue.

-- The most pro-Mariners zip code in Seattle is 98104—Pioneer Square, basically—where 64% prefer the Mariners.

What I was most curious about when I first saw the map, though, was this: How big is Mariner Nation and where does it end?

There are five states in which at least one county prefers the Mariners to any other team, and ROOT Sports has probably drilled into your brains which ones: Washington, Oregon, Idaho, Montana, and Alaska. But only in Washington does every county prefer the Mariners. In each of those other states, Mariner fans are a minority the further you get from Seattle. These are the borders of Mariner nation. 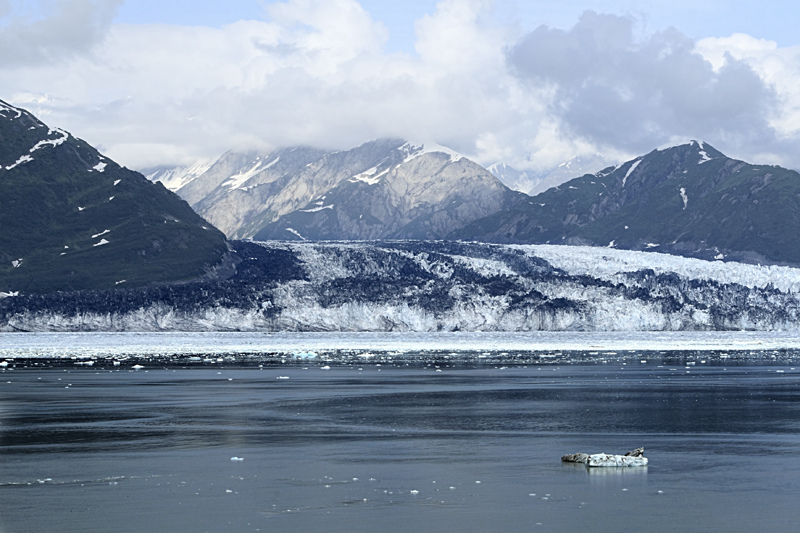 Only 682 people live in Yakutat County, 6% of whom speak Tlingit, and 16% of which identify themselves as Mariners fans, more than any other team. Yakutat County, squeezed between the St. Elias Mountains and the Gulf of Alaska is six times larger than Rhode Island and thus one of the largest counties in the U.S. Yakutat and Cordova, just up the coast, are the two "cities" where Mariner fandom reigns. Once you reach Anchorage, you're in Red Sox country, which would seem to prove that cold temperatures cause fair-weather fans. 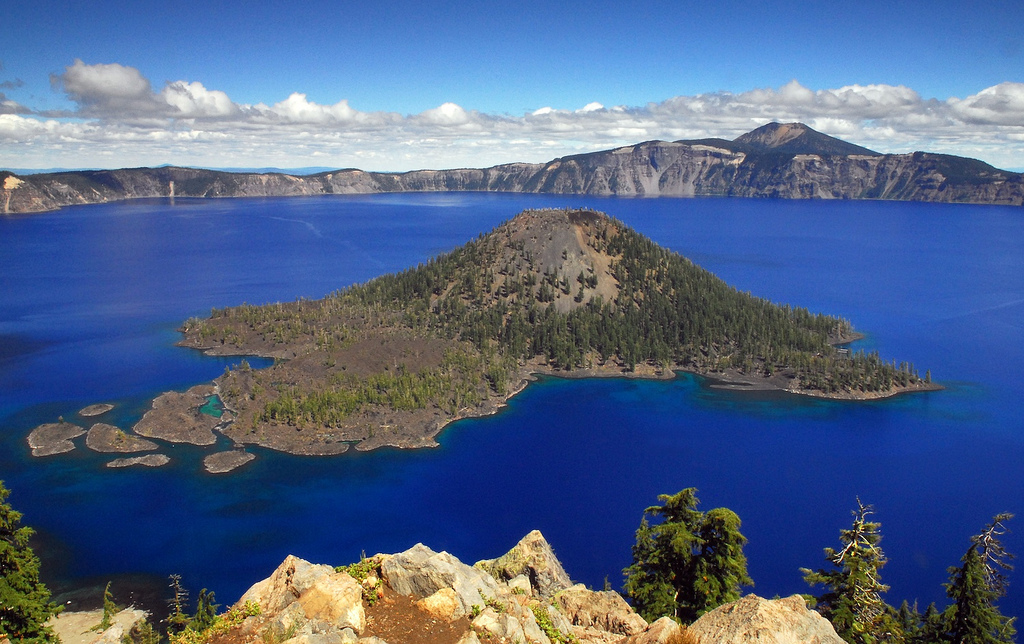 I-5 runs from Oregon to California on the west side of the Cascades. On the east side, highway 97 runs from Bend to Klamath Falls, right by Crater Lake and also from Mariner Nation into Giants Country. Near the unincorporated town of Gilchrist, 20% of folks are Mariner fans. But just down the highway in Chemult, Mariner fans are only 13% of the population, with 21% going for the Giants. I happen to have been here last summer, and should you ever go through you must stop at the Mohawk Restaurant, which has the most extensive collection of taxidermy I've ever seen, plus hundreds and hundreds of collectible bourbon bottles. 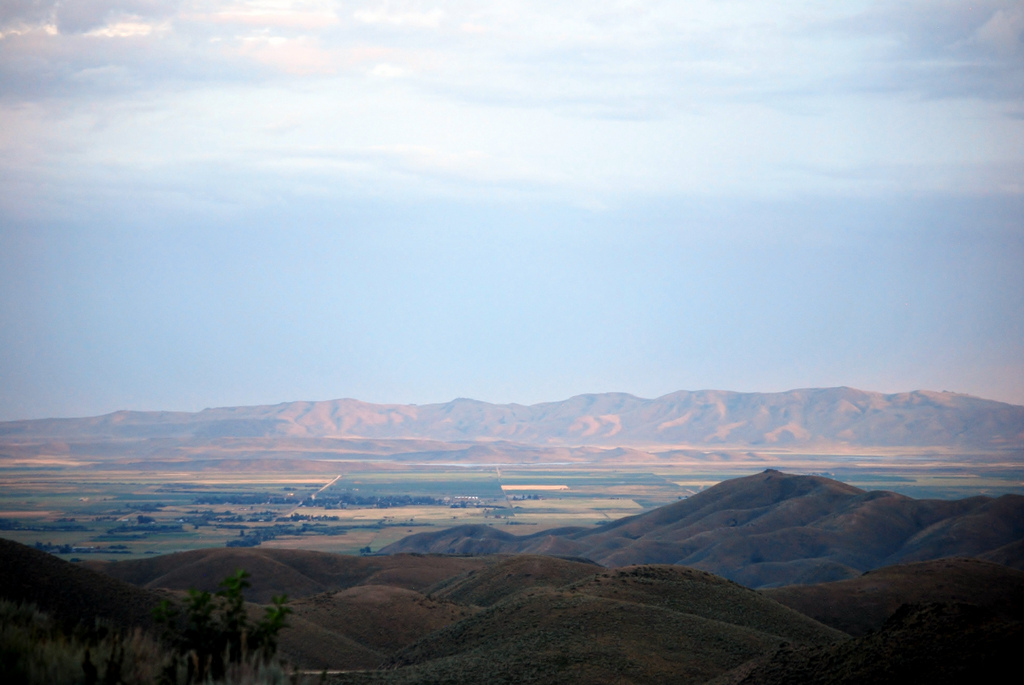 Up on the high plains, just south of Sawtooth National Forest, the 416 people in the only town in rural Camas County stay true to the blue. To their east, a dead zone of fairweather fans prefer the Yankees, Red Sox, Braves—anyone but the Mariners. 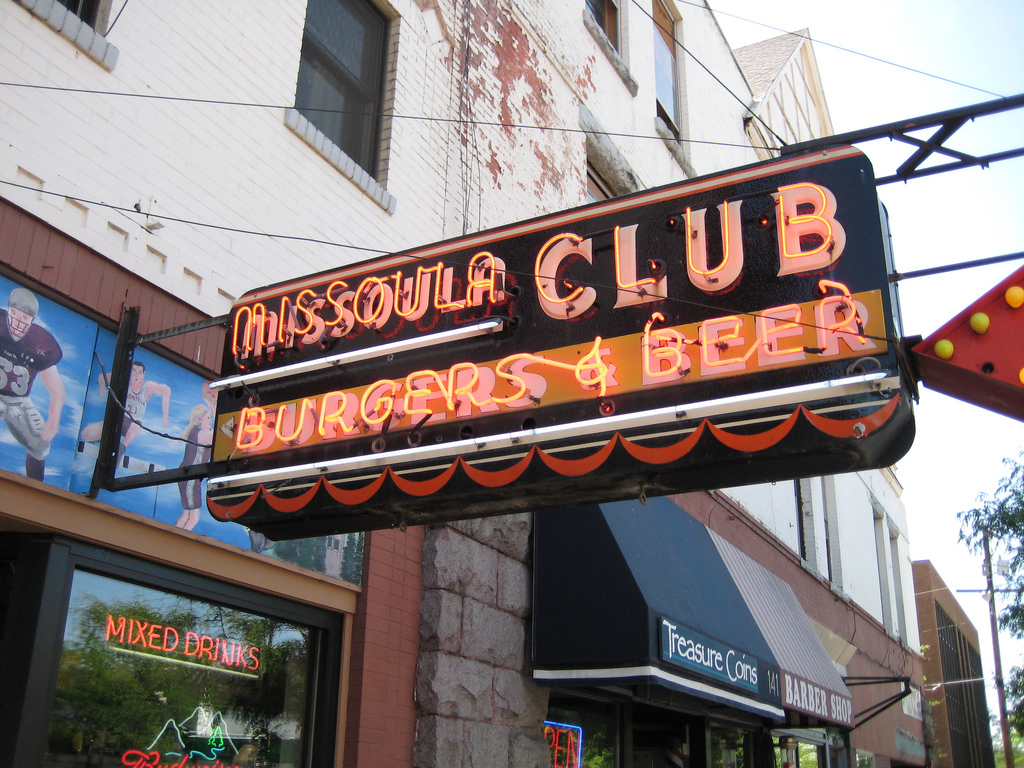 One of my favorite towns anywhere (and here's my favorite bar in that town), Missoula also gets points for being the only city in Montana to show some damn Northwest pride and go for the M's. Residents of Butte, Helena, Billings, and Great Falls prefers the Yankees, and Livingston is somehow part of Red Sox nation. Should you even make it out there I highly recommend hitting up a Missoula Ospreys game, sit on the third base side for an unbeatable view of Mt. Sentinel and it's 620-foot high concrete "M."

All told, Mariners nation is 1,581 miles across, about the same as the distance from London to Moscow.