The Mariners get their first walk-off of the year, and their first win in nine days with Wednesday's 5-3 victory over the Astros.

I know--I know. I don't really get it either. It had been so long, nine days in fact, since I've felt this kind of emotion from the result of a baseball game played by the Seattle Mariners. All eight of those losses--a Felix meltdown, strikeout city, the Marlins for crying out loud--will still be here tomorrow morning. One walk-off dinger from Kyle Seager isn't enough to undo the past week of garbage, but wouldn't that be nice?

And today even started off right in the middle of the Sarlaac pit. Chris Young didn't take the mound with good stuff today. His command was shaky, and he walked five batters in the first four innings. Every time he threw a curveball, it hung right around the head of each Astros batter except for Jose Altuve who well, you know. Nothing was breaking, nothing was spotting up, and although it hasn't felt like it with the past two wins, the Astros are still bad enough that Young made it through seven innings with only four hits and six strikeouts. It was a dirt-under-the-fingernails-bite-your-lip performance from a guy who was only supposed to maybe throw six innings every few days until today, who has found a home in the middle of the rotation.

The thing about Chris Young is that the Mariners signed him expecting to give up 3 runs in every start. The idea was to overcome the runs he would inevitably give up with more runs of their own. Except that they hadn't been doing that at all as of late. And that rolled over into today, which started off looking pretty abysmal on the offensive end. The first two innings went 1-2-3, and the fourth saw a walk from Dustin Ackley and then a bunch more outs. In fact, the Mariners didn't get their first hit until the fourth inning, when Robinson Cano knocked a single into left field off Astros' starter Jarred Cosart. Then...a few dribble hits and strikeouts into the seventh inning.

In the top of the seventh, Justin Smoak found his way onto first with a line drive, and was immediately put on base by a roaring Kyle Seager home run. That's right--Mr. Slump, .063 ISO, 48 wRC+ Kyle Seager. That's not Kyle Seager. This is Kyle Seager: 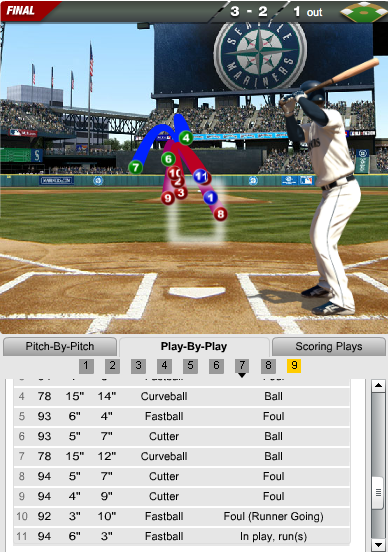 That's right. An 11-pitch at bat resulting in a home run, putting the Mariners on the board, 2-3. The eighth passed without incident, giving up the ninth to Fernando Rodney. Rodney made things interesting, of course, giving up a leadoff single to Matt Dominguez, who was replaced on the basepaths and moved to second on a sacrifice bunt. This is the fun end of bunting to be on--an opposing team giving up an out in a one-run game to move a runner up. Rodney played his part in the drama of course, getting to two outs before walking Dexter Fowler and striking out Jason Castro to end the inning.

And then...the ninth. The old, familiar smell of distilled vinegar and soggy sunflower seed shells from the Mariner bench. And who better to deliver it again than oh god JOSH FIELDS AGAIN WHY DO YOU HATE US BASEBALL.

Except then Robinson Cano whacked a single into center field.

Then Corey Hart ripped a first pitch single to put two on.

It felt exciting and yet it also felt familiar and stale, even a bit rude. It was as if after eight games flushed down the toilet, the Mariners decided to conduct the ultimate troll job, setting up for a walk-off home run that would result in three strikeouts, another Josh Fields save, and loss number nine. Justin Smoak was up. There was no confidence. He struck out. Of course.

Immediately after this, Kyle Seager walked to the plate and tapped his bat on his feet like he usually does. It took him fifteen pitches in the seventh. It took him one in the ninth. 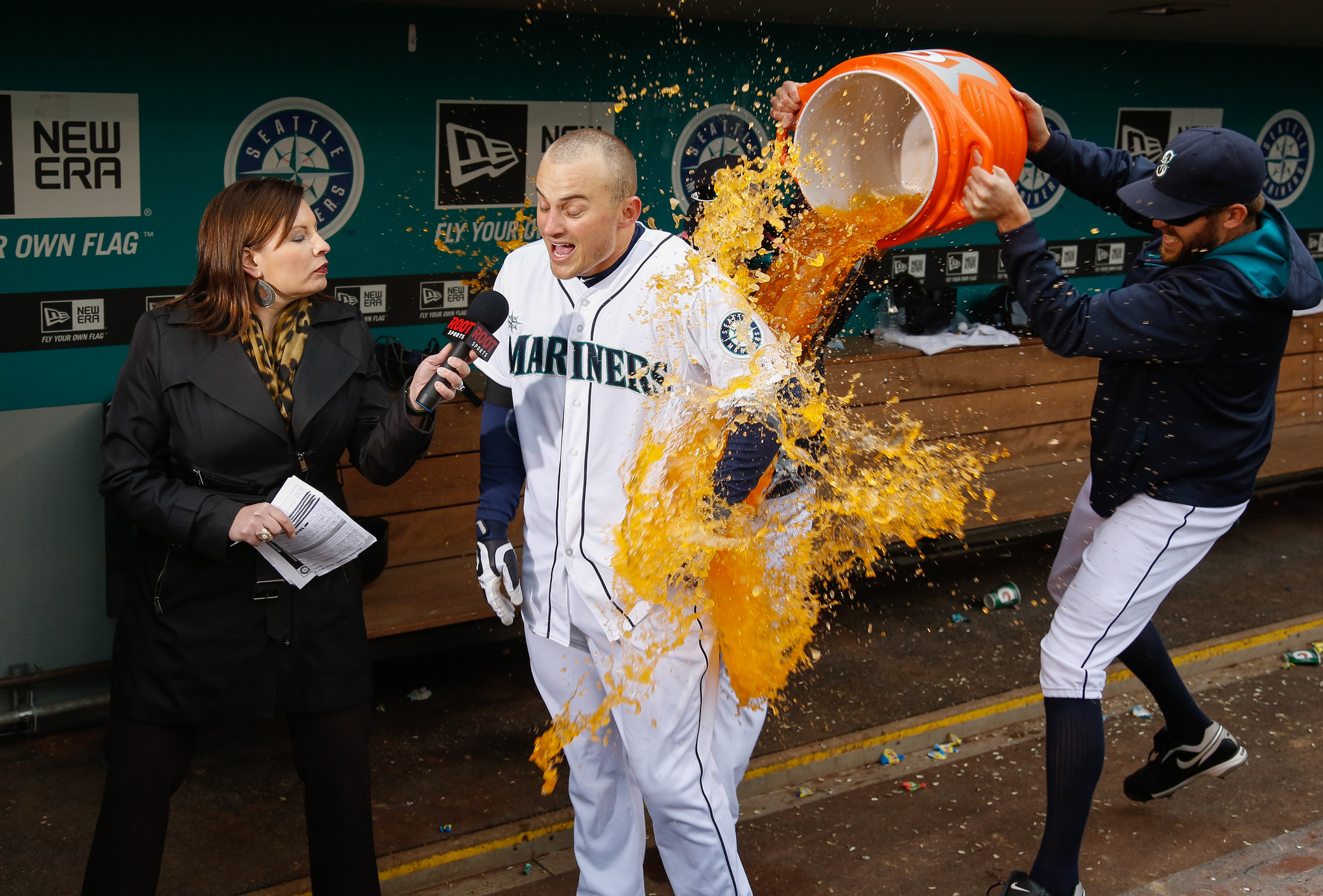 So who knows what Friday will bring. Walker and Paxton are going to throw this weekend, Iwakuma is a few steps away. There will be more strikeouts, there will be more pop-outs and shameful walks back to the dugout. But that didn't happen today, and here we are. The world of April 23rd, 2014 doesn't know what a Seattle Mariners loss looks like. Maybe we can do this again soon. Maybe.