Erasmo snatches his third loss of the season as the M's fall to 7-13 on Tuesday.

You may have heard about the Mariners.

On Tuesday, the Mariners, a baseball team situated in Seattle Washington, lost their eighth straight game of baseball, falling to the Houston Astros on Tuesday night. The Astros are considered by many to be the worst team in all of baseball, but currently only have one more loss than the Mariners. It was a bad game.

We've recapped a lot of baseball games over the past eight days. Each and every one of them has described a Mariner loss.

I could do that again--tell you about how it doesn't matter that Justin Smoak hit a home run in the seventh inning tonight that didn't matter. I could tell you about how Astros' starter Collin McHugh struck out 12 Mariners, and that he was in AAA yesterday. I could.

Here are some nice things that don't have to do with the Mariners. They made me feel nice. Want to see? Here, look at 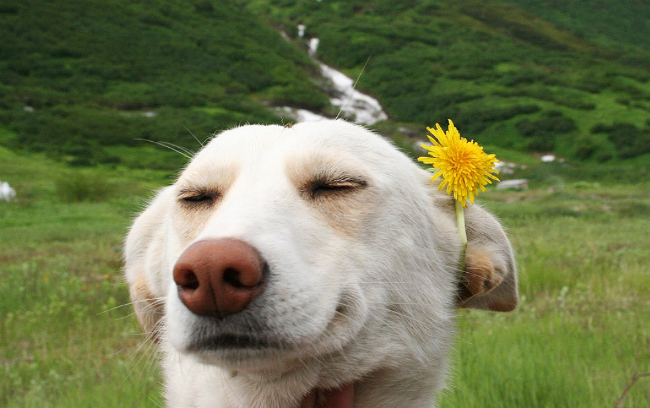 Do you see this dog? This dog doesn't give a shit. This dog woke up this morning, and its owner Jessica, a dental hygienist at Big Smiles, LLC, dental took it for the usual 30-minute 7 AM walk down the block. The dog, Ranger, appeared to notice a squirrel rocketing its way up a nearby oak tree out of view and into the spot where the thin, wiry limbs meet the sky.

Ranger took off, out of the control of Jessica, who tried to keep a hold of a leash that quickly turned to a burning palm and a lost dog. There was a phone call to Big Smiles, thirty seven minutes of screaming Ranger!! in a seven-block radius, and finally, a trip to the greenbelt which finally located Ranger, relaxing with no cares in the entire freaking universe.

I don't know how this flower found its way into Ranger's head, but it did. It's just there now. And Ranger doesn't care. Jessica was going to think about the Mariners today, maybe yell at the television, upsetting Ranger. But instead, they shared an afternoon out in some field over there, just having the best day ever.

Yeah. This is nice.

2. That Edgar's Light Bat commercial from way back in the day


What a fun video! It's funny, because you see, Edgar Martinez was a really good baseball hitter back in the day. He would hit more than he would strike out, and as a result, he starred in many a television commercial playing off his reputation as a hitter of balls.

In this particular video, Edgar is advocating on behalf of Eagle Hardware, a now-defunct home-restoration company recently purchased by the capitalist behemoth known as Lowe's Hardware. Edgar, a neighborhood hero, brought his reputation as a heavy-hitter from the Seattle Mariners, and the joke is that if he ever came to Eagle, he would only be interested in making projects using baseball bats. Get it? Cause all he did was hit. He just hit baseballs.

3. The Koi Fusion foodcart on W Burnside and 20th 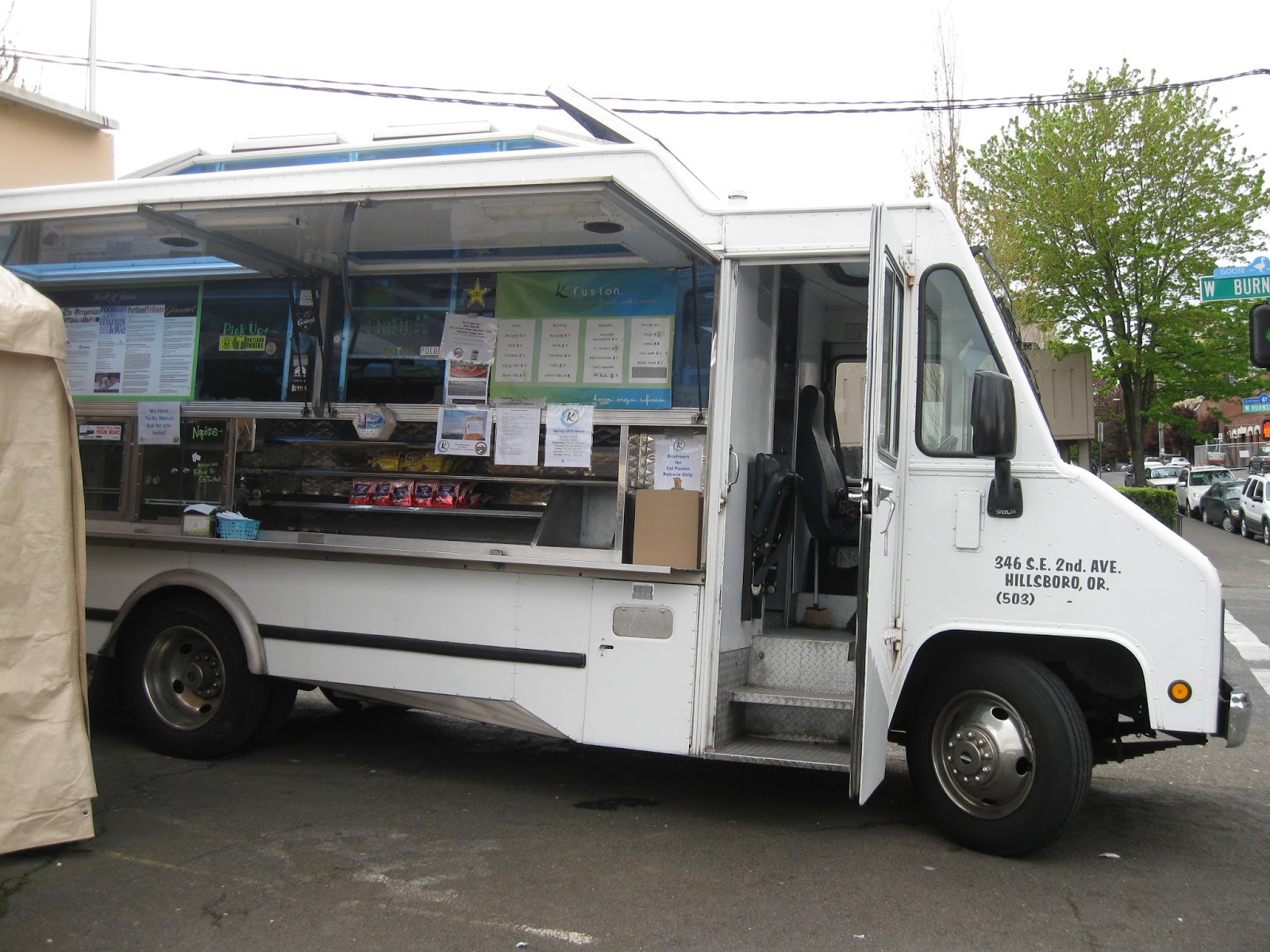 I'm not a foodie by any means, but this Korean fusion foodcart on W Burnside and 20th is the best fusion food I have ever had in my life. I live only like a minute and a half away from here, and spend way too much of my money (or, student loans) at this place. But wow.

I hate bragging about something we have down here in Portland, but I have to tell you that the food here makes me really happy. Happy happy happy. I like thinking about things that make me happy. 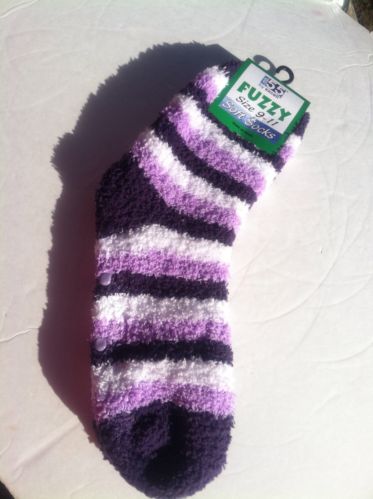 I have to be honest with you, I'd probably never wear purple socks like this. But it's kind of cold in my apartment at the moment, and there is nothing quite like slipping on a pair of nice, warm fluffy socks when you're not feeling tippy top. These look great, and to be honest, I just found them on eBay after searching "Super Nice Fluffy Socks."

It's nice to think about putting on soft comfortable socks. It's not as much fun to think about the Astros getting 14 strikeouts against the Mariners. I'm not even getting depressing--just stop thinking about it. Fluffy socks are nice. Very nice! And comfortable!

5. That video where Jesse James Dupree cuts up Tom Green's desk with a chainsaw on live TV, and Tom Green gets so upset that his show eventually is cancelled:


This one is a bit old, but sometimes the classics are go-to-bread-and-butter. Whatever you think of Tom Green, this bit of terrifying live-action drama unfolding on your television hasn't been matched in the ten-plus years since its first airing, despite reality television's claim to the opposite.

It was probably all an act, but legend has it that Tom Green was mortified at whatever the hell a Jesse James Dupree is, and that the last four minutes of this video were pure, unadulterated anger. Which, I guess if you're getting upset that I'm refusing to talk about this baseball game, then you get this, don't you?

6. 2015 Calendar of oil paintings by Nancy L. Griswold for sale on etsy.com 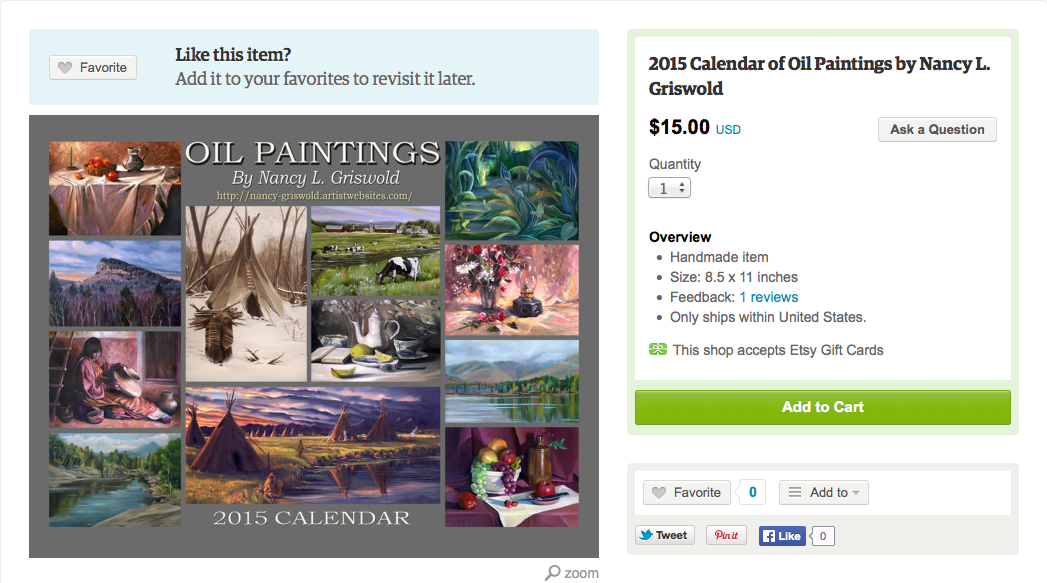 Look, I'm not purchasing this. But it's kind of interesting: there is a group of people out there convinced enough that time isn't a closed loop to sell a calendar for what is apparently the year "2015." This means a number of things, many of them relating to the Seattle Mariners baseball club:

I don't know which of these is true. But boy, it was fun thinking about something other than baseball for a while.