Mariners get beat up 7-2 by Astros.

The Mariners play like garbage on Felix Day and get Astroed 7-2.

Share All sharing options for: Mariners get beat up 7-2 by Astros.

That was my placeholder text for creating this recap earlier today. See, I am having technology problems with the computer I have to do the recap on and I don't have any buttons in here, just an empty text box. I either have to write in html or steal code from other places and put it in here. So I thought I would create the article in advance from a working computer and put in some bolds and bullets and placeholders and whatnot to make it easier on myself.

Not that I'm going to let my keyboard mashing "Stuff stiosfj owf orp ee georgmeqmlke erngfeqvk;evm e vev erv e" stand as the recap, although this shitty game deserves it.

So I just kind of burned that old idea and that's why you had to read the above. Part of the purpose of these recaps, as many of you know, is to capture the feel of the game for those who didn't experience it personally and/or live. Reading about someone's tech problems and failed planning, yup. I mentioned it 5 or 6 times above, but the Mariners lost 7-2. To the Astros. On Felix Day. Pretty much everyone was bad. Pretty much all facets of the game failed. Not even Felix could escape this vortex.

Should we just skip to the bullets? No, I don't want to cheat you, but please go just skip to the bullets. This was their 7th loss in a row and things haven't looked particularly good since the opening series. Don't take this all as defeatist nonsense from me either, baseball fans know there are ups and downs, streaks and surges. Things have been much worse and could be much worse. Have you heard the rotation is in shambles right now? But man, this was Felix, against the Astros. That scenario just has slump buster written all over it. Nothing ever goes as planned.

Anything good in the bullets? Probably a good thing or two: 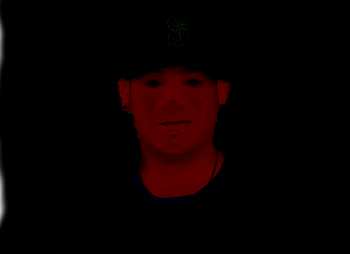