With the Mariners calling up Nick Franklin, there'd been some speculation over whose roster spot he'd be taking—Logan Morrison's or Blake Beavan's. Both seemed liable to hit the disabled list, and hey, now they both are, with James Jones getting the call up to the big league club as Beavan also heads to the DL.

Now, it's worth noting that this isn't your normal call-up. James Jones will likely only be around until Sunday, when the Mariners will need to add another starting pitcher to fill Blake Beavan's spot. Still, big-league debuts are fun and—regardless of what role it's in—it'll be nice to see James Jones make his. 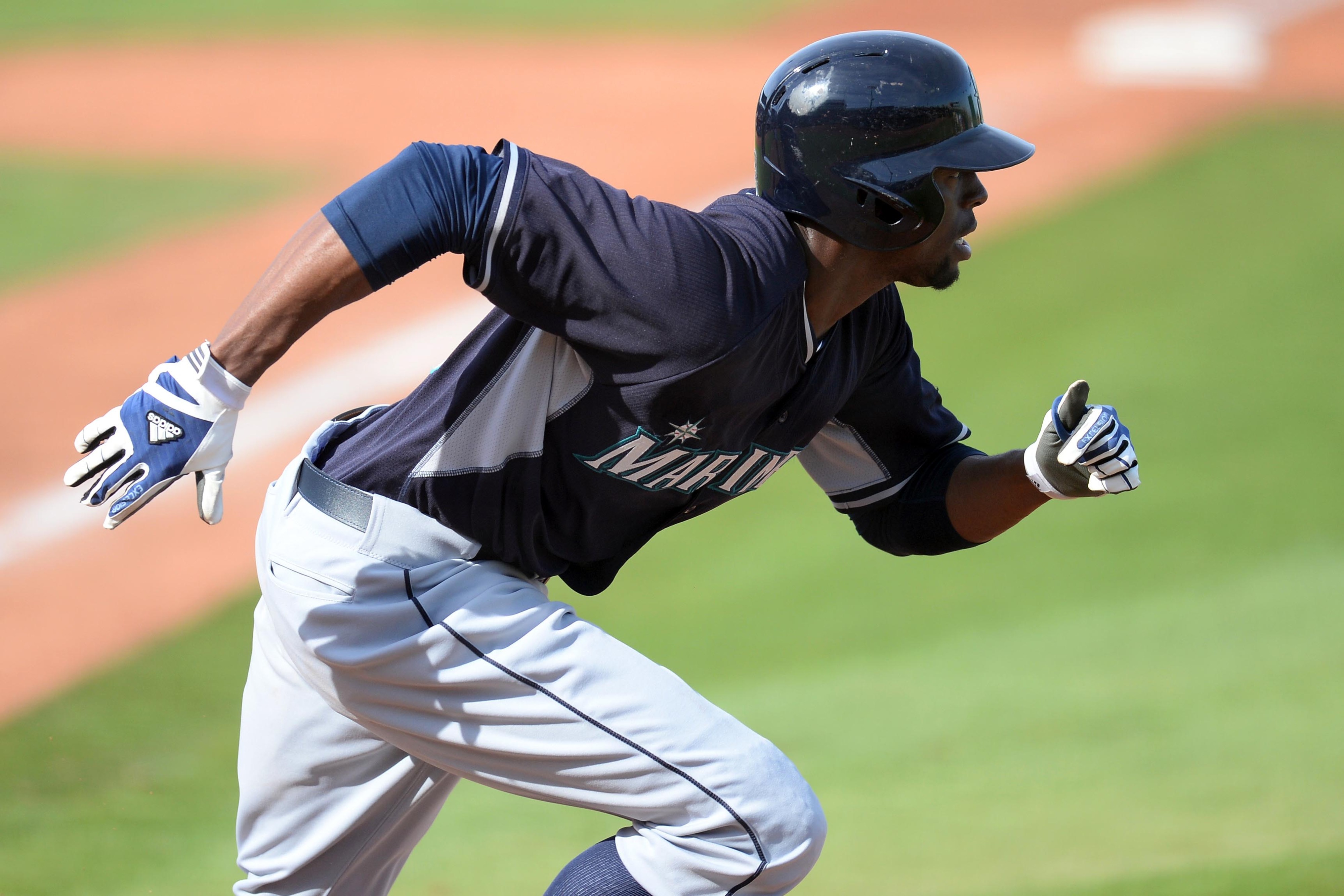 Back at the start of spring training, we put together this primer on the Mariners' toolsy center fielder.

Jones, almost certainly, will be used exclusively as a pinch hitter, defensive replacement and pinch runner. The Mariners have a roster spot to burn before Beavan's turn in the rotation comes up, and they might as well use it. But, I will note, Abraham Almonte has yet to get a day off this year. He's started every game, and right now, the Mariners are in a brutal stretch of 13 games in 13 days—with no day off between playing in Miami on Sunday and Seattle on Monday. We may see a James Jones start.

Besides Almonte, he's the only natural center fielder (and yes there's some debate on Almonte's status there) towards the top of the Mariners organization. If Jones gets a start, it'll be interesting to see what he does with it. There's next to no chance he's with the club come Monday, but if he does well, positive impressions do sometimes linger. Almonte has the better offensive profile, but Jones may have better defensive chops and if he can string together a nice few months in Tacoma, he could force a decision.

And while I'd elaborate more on the other end of this, Blake Beavan heading to the disabled list and what the Mariners' options  are to replace him, no one has any clue. Brandon Maurer isn't all the way stretched out yet and Anthony Fernandez is the only other near-ready starter on the 40-man roster.

So, enjoy the call-ups today—because things could get ugly on the pitching front.