The Mariners young catcher is an intriguing hodge podge of tools. We take a (slightly) deeper look.

This is the first in what may be a recurring series in which I take a look at the Mariners' younger players progress during their first full season in the major leagues. I'm starting with Mike Zunino, who has almost 1/3 of a season's worth of at bats to his credit.

Mike Zunino is strong. Very strong. That's the first thing I think of when I try to describe the player to myself or others. His swing is not particularly pleasing to the eye, featuring a short, violent, Bret Boone dashed with Evan Gattis quality. It's overall appearance is very utility forward. The Mike Zunino swing is designed to as quickly and efficiently transfer his exceptional strength into bat speed, often without really considering where the baseball is in relation to said bat (more on that later).

Last night in the top of the 5th inning Colby Lewis elevated a curveball. Mike Zunino swung and hit that curveball very far: 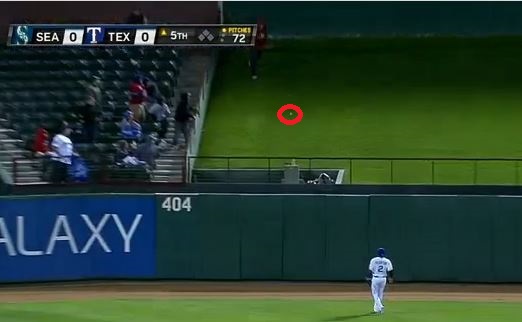 Keep in mind that it was a very Safeco Field-like upper 40's at this point. Using math and physics the approximate landing location of that ball in typical Texan weather would have been here: 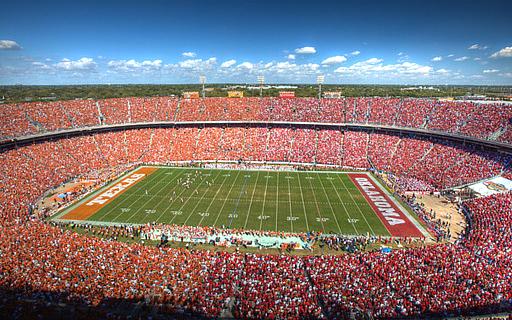 Hit Tracker had the home run at 431 feet, the 2nd longest in baseball yesterday. That fact gains slightly more cache when you note that 15 innings of Braves-Phillies and Reds-Pirates produced 17 home runs yesterday.

It was the longest home run of Zunino's 8 major league home runs and continued his trend of hitting baseballs very hard when he does hit them. Of those 8 home runs only 2 have failed to travel 400 feet, and one of those exceptions went 398. 32% of Mike Zunino's hits as a Mariner have been for extra bases. In the minor leagues it was 50%. Mike Zunino is strong.

He is not, erm, polished as a hitter. He is striking out 4 times for every walk (62k/16bb). This year he has yet to draw a walk. Of course drawing walks is not the only symptom of commanding the strike zone. Prior to his home run, in the 3rd inning Zunino fell behind 0-2. He then watched as Colby Lewis threw a 90 MPH fastball here: 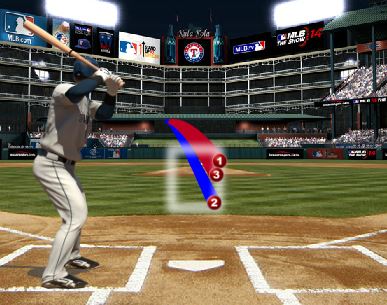 Watching Mike Zunino hit at his current state of his development reminds me, apprehensively, of Miguel Olivo. Before I'm booed off the stage I want to qualify that I mean more 2009 Miguel Olivo than either shitty Mariner version. This Miguel Olivo slugged .490, hit 23 home runs and was a slightly above league average bat. The plus power, minus plate discipline skill set is a balancing act and the power is going to need to be enough to offset the lack of patience. Mike Zunino looks capable of hitting for enough power at this point, but let the rotting carcass of J.P. Arencibia's career warn you of peril should Zunino not develop at least moderate strike zone management.

One good thing is Zunino is still quite young, freshly 23 and with not even 2 full seasons in professional baseball. His bat is most likely not a finished product. Post 1000 PA Mike Zunino may very well have learned to lay off low and away sliders. If so, the bat has even more upside.

Another good thing is, unlike that wretch Miguel Olivo should Zunino's offense remain static his defense appears to be an actual plus. He has already ingratiated himself with Felix to the point that Felix appears to have anointed him his personal catcher. His blocking of pitches in the dirt and receiving appear athletic and natural to the eye and, more encouragingly, is grading out well with science.

Mike Zunino is 23. He is projected to be worth 2.0-2.5 WAR, which would by itself make him the most valuable full time catcher the Mariners have had since Kenji Johjima. His bat has significant boom/bust potential but the risk is partially allayed by average to above average defense at a premium position. He is quite handsome in my opinion.

Mike Zunino is neat and he makes me happy.