Safeco Field has a lot to offer even if the neighborhood doesn't, but it's nothing like the stripped-down experience at Wrigley Field and the surrounding area.

Share All sharing options for: A beautifully simplistic evening at Wrigley Field

From Safeco Field one night to Wrigley Field the next. I'm in Chicago for the first time, and less than 24 hours after the Mariners completed their home opener at Safeco, I watched the Cubs play the Pirates at Wrigley.

I haven't spent a lot of my life exploring major league ballparks. I'd only visited Dodger Stadium and the new Yankee Stadium. My trip to Dodger Stadium in 2003 left me feeling like the ballpark was a hollow concrete dump, slapped in the middle of a giant parking lot with little to no character. Yankee Stadium's garish video boards and escalators are just too much for an old, simple game.

For me, Safeco Field has always been well-balanced. It has the right mixture of old (hand-operated scoreboard) and new (massive video screen), and it doesn't offer a bad seat in the house, offering a multitude of different ways to enjoy the game. Whether it's in the 'Pen, Hit it Here Cafe, Terrace Club, bleachers, or box seats -- the experience at Safeco is unique, friendly, and consistently wonderful. As a ballpark, there's little to complain about. Even some of the cheesier aspects are part of Mariner tradition, such as the hat trick or hydro races. They're not for everyone, but they are unique to the city. I like that.

The same goes for Wrigley, even if their traditions are far more basic. There's no video screen. There's minimal digital features, as only the most basic graphics are displayed -- pitch count, velocity, and a pitcher vs. batter graphic above the right field wall. Players have walk-up music, but you won't hear any "everybody clap your hands" queues to encourage fan participation. There's no Smoak Bomb-style animations. An organ plays continuously before the game begins. You walk into Wrigley and wonder how it sits only a few thousand less than Safeco Field. You walk up stairs to get to field level seats, not down them. The bleachers have their own entrance, separated from the rest of the stadium. There's only food vendors around the infield, and only on one level. You won't find thai food or anything from Ethan Stowell here -- just dogs, burgers, popcorn, and nachos in an upside-down helmet. 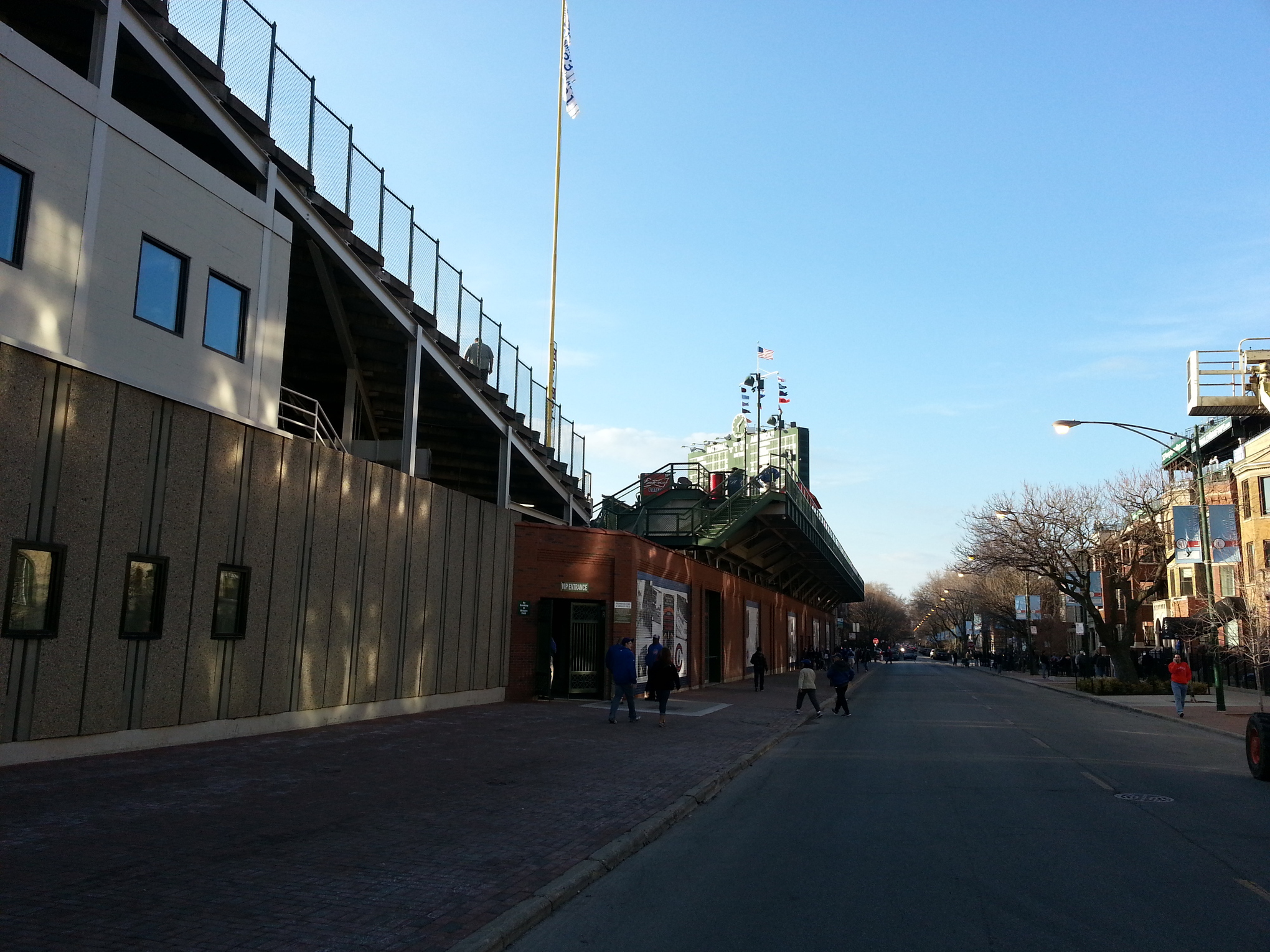 It's sublime. While I'm quite thankful to call Safeco Field home, seeing a game at Safeco brings a lot more than baseball into the equation. Take a picture with the Moose, walk around the entire concourse on multiple levels, sample different types of cuisine. Get to your seats eventually, but maybe not. There's dozens of great places to watch the action just by standing or walking around Safeco. Not at Wrigley. If you're not in your seats, you can't see the game. You're there to watch baseball, and that's it. I felt like I was doing the ballpark a disservice every time I glanced at my phone or took a picture. It's immensely freeing, and something that can only be described by being there. Baseball, at the highest possible level, played in modern times that feel classic. It's the game as you remembered it. Bare bones. Ball, bat, glove, sun, grass.

But the fantastic simplicity of Wrigley isn't the only reason to go. I've seen many pictures and movies depicting Wrigley Field and the surrounding area, but you don't really understand it until you get there. Yes, we all know that Wrigley is in a residential neighborhood, but it's really in a residential neighborhood. Walk right across the street and see somebody making dinner through an apartment window. Teenagers with lawn chairs, playing catch in the streets, just 100 feet from the walls of Wrigley. Joggers passing by. People walking their dogs. All within a block of baseball history. 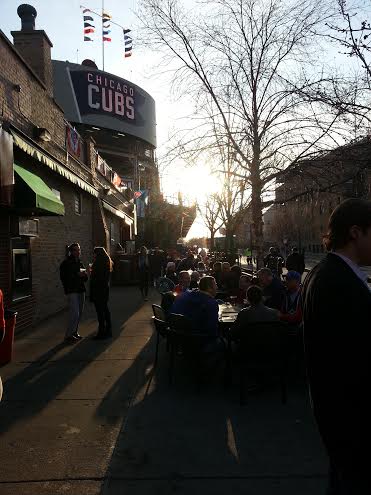 Indeed, it's the neighborhood that surrounds Wrigley that makes it a truly spectacular experience. Wrigleyville, as they call it. Murphy's Bleachers is a sprawling bar with multiple outdoor areas, an extensive tap list, and just the right amount of crowded, as many of the locals congregated to watch the Chicago Blackhawks game before the Cubs began. Sure, it's a dive and the beers are served in plastic cups, but the comradery, the energy, and the proximity is unmatched. You're a part of it. Flick a quarter across the street and you've hit the bleachers entrance. Throw a rock and it's in center field.

It's sad that Safeco Field is in a predominantly dead neighborhood. While Key Arena is right in the middle of Queen Anne, going to Sonics games still felt like Seattle Center, not somebody's backyard. Wrigley Field is a priceless excursion, feeling the culture, the energy of the city. The real city, not downtown. Safeco isn't downtown either, but the southern area around it is mostly cold, listless.

There are hidden gems around Safeco like Gastropod, but they're surrounded by giant buildings of nebulous usage, a strip club, and few quality places to eat. Head north of the stadium to Pioneer Square, and you're met with questionable characters, bad restaurants, and filthy, overcrowded bars. If you park south of the stadium as many do, the best you can do is Henry's Tavern or Hooverville, the former of which was overwhelmed with people on opening day. As I finished my beer, I spotted a dime at the bottom of the glass of which I'd been drinking from for the previous half hour. Hooverville it is, and will continue to be. But there, food is not an option.

Anecdotal evidence is a poor way to make conclusions about two cities and two stadiums, and I understand that. But I've been to countless games at Safeco over the years, and the gripes about the surrounding area we keep waiting to develop continue to persist. Wrigley Field made me thrilled to experience something so timeless, unique, and wonderful. This isn't meant to disparage the experience at Safeco or trash SoDo. It's a simple reminder that there is so much more out there, waiting to be experienced. An entirely new (old) way to take in the game we all love. If you can swing it, don't wait to see a game at Wrigley before it's too late. Do hold out hope that someday, maybe, SoDo will become a little bit more personal and a lot less hollow. Perhaps, when the city regains the NBA team it deserves.