Mike Trout hit a colossal home run in his first at-bat of the year and the Mariners wait...beat the Angels 10-3 what? 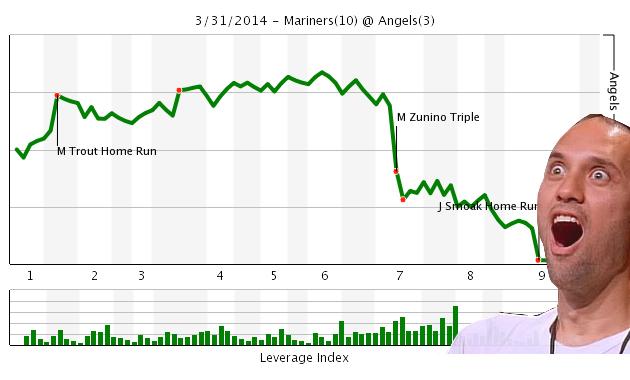 That bent and rusty screwdriver that your dad used to open cans of Miller in the garage- Michael Saunders: -0.10 WPA

First one's in the books, friends, and it was a doozy. And by doozy, I mean holy-shit-Robinson-Cano-is-on-the-Mariners-and-Justin-Smoak-Hit-a-huge-homer-and-Almonte-and-two-triples-and-its-only-game-one-but-you-guys

1. Who impressed you the most tonight?

2. Which feed did you watch, ESPN, ROOT, or radio?

3. What are you hoping for from the site this year?