LL 2.0's first gathering went off with a bang, and so did Brad Miller.

What a blast that was. Despite the Mariners deciding to toss out Randy Wolf on the first meet-up of the new Lookout Landing group a year after the change, the Mariners still managed to play an entertaining game, highlighted by a no-doubter Brad Miller home run ripped to right and a vintage Willie Bloomquist single/hey Ill just keep running inside-the-parker, much like Paul O'Neill's attempt at a second home run for Bobby (it wasn't good enough).

Bloomquist gave the Mariners the lead in the 8th, but Domonic Leone blew it in the 9th, ruining any chance I had at making a "Leone for Closer"-titled recap, in reference to, for you new kids, the original incarnation of this blog. A 5-5 tie was good enough for everyone involved, and the teams agreed to depart ways, because it's spring training and none of this really matters. Randy Wolf was just fine, Fernando Rodney was horrific, and Hector Noesi was equally bad. But the Lloyd McClendon love-fest continues with his choice words about Rodney after the game:

"Fact is, most closers stink in spring training,"

You have to love McClendon so far. He's so wonderfully aware of how meaningless spring training is, quote after quote - he seems to be on a level that's closer to us cynical fans than any manager the M's have ever had. He wants these games to count as much as anyone.

Among other encouraging signs were Dustin Ackley making a laser throw to nail an attempted stretch double, showing arm accuracy and strength I didn't know he had.

While it wasn't a particularly deep throw, it still appeared to have plenty of juice on it, and it was right on the money. That's encouraging, as Ackley's noodle has been the biggest deterrent to his future anywhere on the diamond other than second base.

But most of the game was spent sociaLLizing with all of you who attended. Commenters and lurkers alike rolled out to Cody's spot in SoDo, and the night was an overwhelming success. The food was adventurous and great (the pea soup and clams with ramen were knockouts) and the beer (Epic Ales) fantastic - that seaweed and squid ink pasta sour was a trip in the best possible way.

We spent most of the night in Gastropod's upstairs space, a beautiful reclaimed bar that the building's owner brought in from a dive spot in Spokane. Full of vintage signs and menus, the spot overlooked all of 1st avenue. Cody had an IPA on tap, the game was on, and conversation was flowing. Among the staff, myself, Colin, Nathan, and Jesse represented, while commenters like sanford_and_son and kennerdoloman (among many others) filled out the ranks. There were readers of all ages and involvement levels, and as you'd imagine -- getting a bunch of baseball nerds together to drink beer and geek out over the game in an awesome space is pretty damn fun. I even got to hang out with somebody who was in my 6th grade class who I hadn't seen in 18 years (great catching up, Phillip!). Thanks to all of you who attended, and for those who didn't, we're planning another event of sorts in July, hopefully on a weekend.

Here's a few pictures from the event. 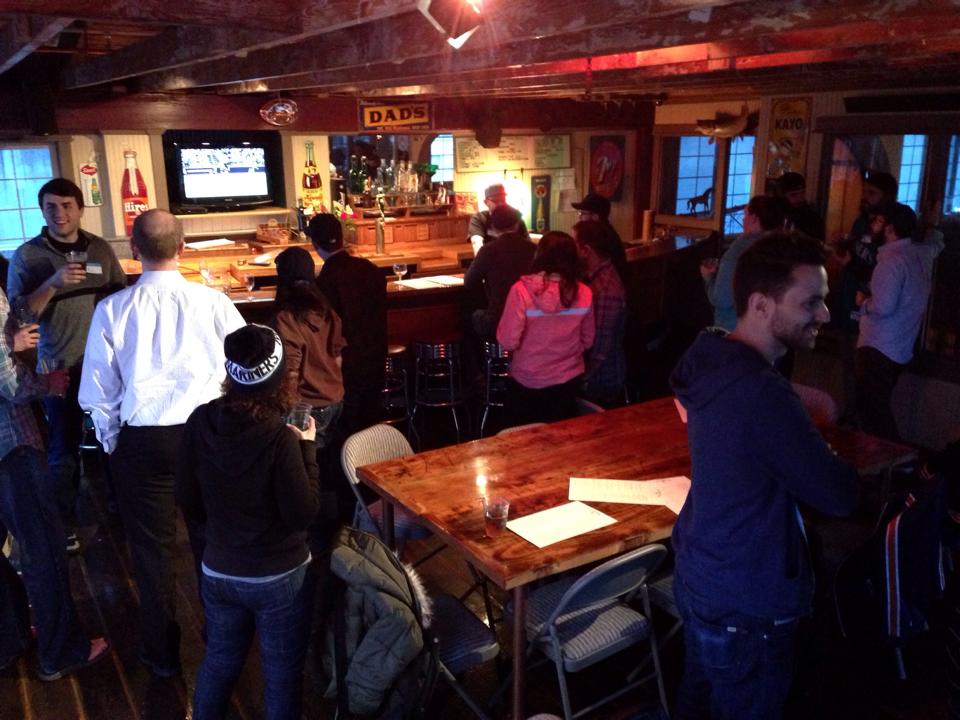 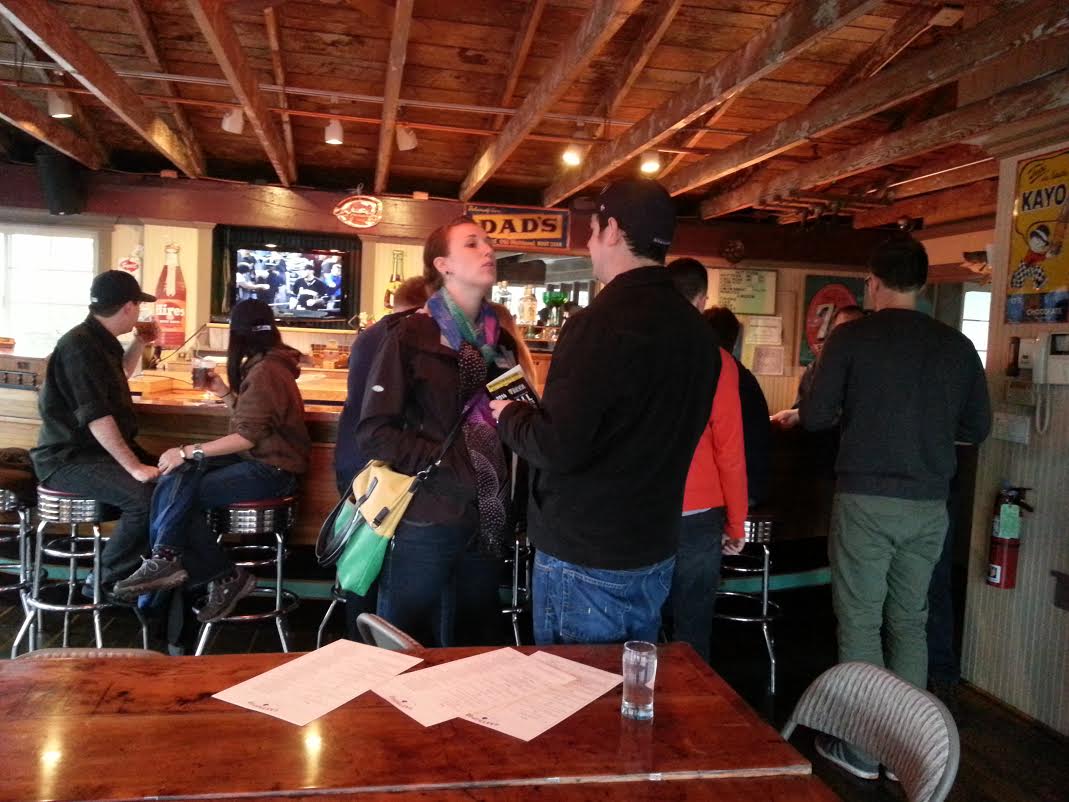 I, as usual, spent most of my time drinking beer and talking and forgot to take a bunch of pictures. If anyone else has some great shots from last night, post them!

Many thanks to everyone who made it a success - Cody, for opening up his awesome space and all of you for making it a memorable and awesome night. I appreciate all of the support you all give this site more than you know.