Lloyd McClendon was chewing on some sunflower seeds. Or at least, he was chewing on what were once sunflower seeds. Now they had merged together into some sort of gooey substance dancing around between teeth, tongue, and cheek, and as they were spit into the concrete floor of the Seattle Mariners' dugout in the Peoria Sports complex during Wednesday night's win over the Chicago Cubs, all he could think about was getting back to his hotel room.

See, McClendon knew the Mariners were going to pull the game off. He was gifted this knowledge, which met him down from the high mountains hidden in the clouds and out of the mouth of the Oracles themselves. Hitting coach Howard Johnson walked up and asked him something about lineups. Lloyd just chuckled and put more sunflower seeds in his mouth. He didn't answer.

The new seeds planted themselves into the pulpy mix in his mouth like next year's crop and McClendon thought back on his life and retraced his steps to this moment.

benched on the reds

tossing out jimmy leyland's ashtrays in the seventh inning

It was only the first inning of a meaningless spring training game, but McClendon knew that the lineup they were throwing out was filled with the players who would be roaming the friendly confines of Safeco Field later that year. And even though some asshole gave him a Randy Wolf to deal with, it didn't really matter. Some real horseshit he said, or something along those lines, but then Randy Wolf came out and pitched...well...not terrible. It was far from beautiful--six hits over four innings--but three strikeouts and no walks were great news from someone coming off two Tommy John surgeries. McClendon felt skeptical, so as he spit the chewy mix which was now supplanted with some chewing tobacco when the cameras were focused on Robinson Cano turning a great double play he asked pitching coach Rick Waits what he thought of Wolf's performance. He didn't hear his answer. He stared ahead, wearing an eager smile. He felt alive. 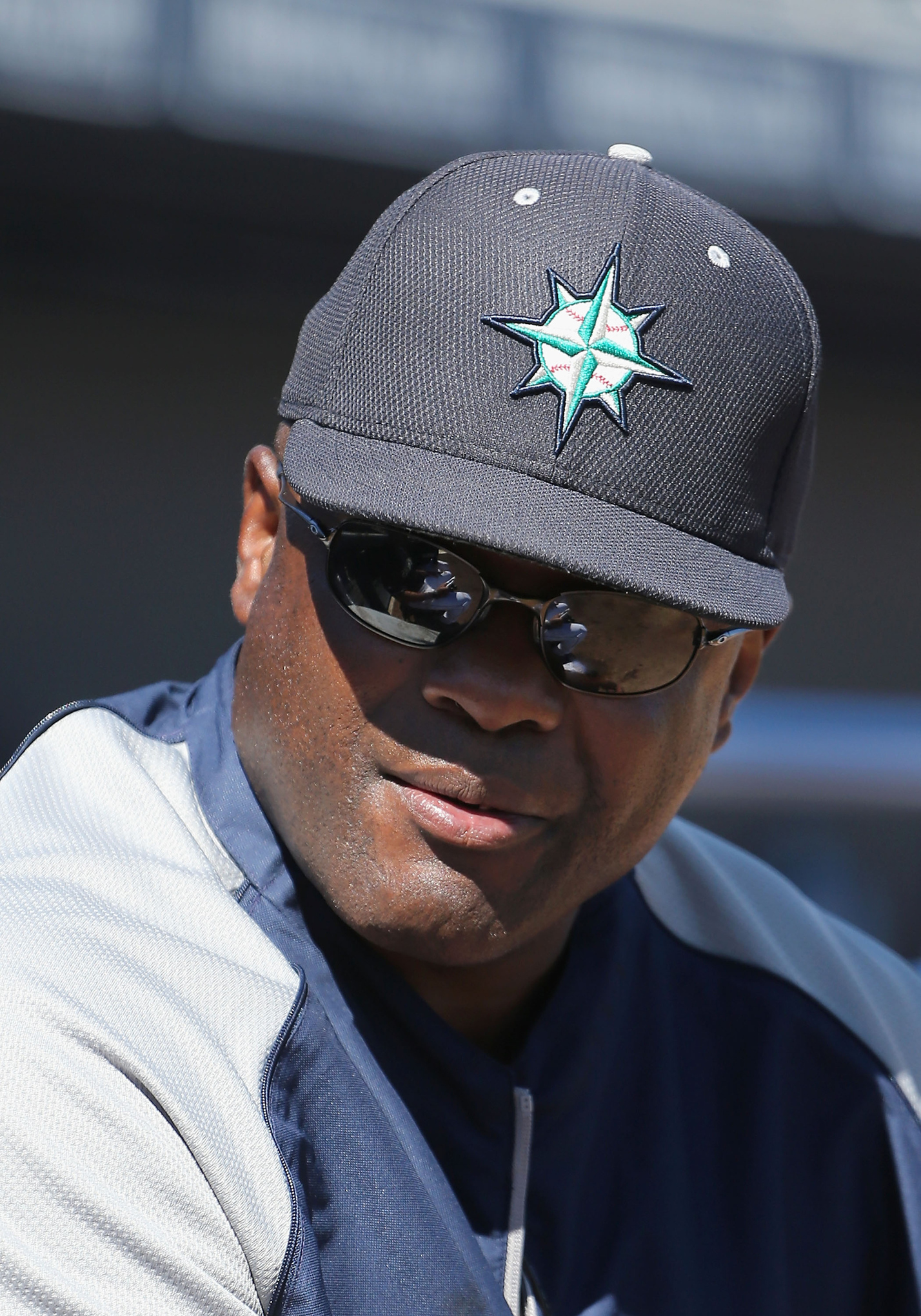 The Mariners were hitting, and hitting well. Robinson Cano went two for two with a walk, Brad Miller two for two with a dinger. In the fifth, Justin Smoak hit a towering fly ball that died at the warning track, which on one hand is kind of his MO but on the other hand much better than a strikeout. It sent Ty Kelly to third, who was subbed for Cano, and suggested that maybe those net drills and help from the former Yankee could pay off to not dingers but doubles, or advanced runners. And even that troubling outfield had a few good hits from Dustin Ackley and Michael Saunders.

Still, McClendon couldn't help feel this should be more. A little more. Success is good, progress is better. And although he knew he was in his first year as the skipper of the M's, he realized that in a way he was always there, waiting in the shadows, and this success should be further along than it is. His smile turned to tepid acceptance. He put his hand in his pants, for some reason. A metaphor, or something. There was work to do be done, but the boys were ready to work. 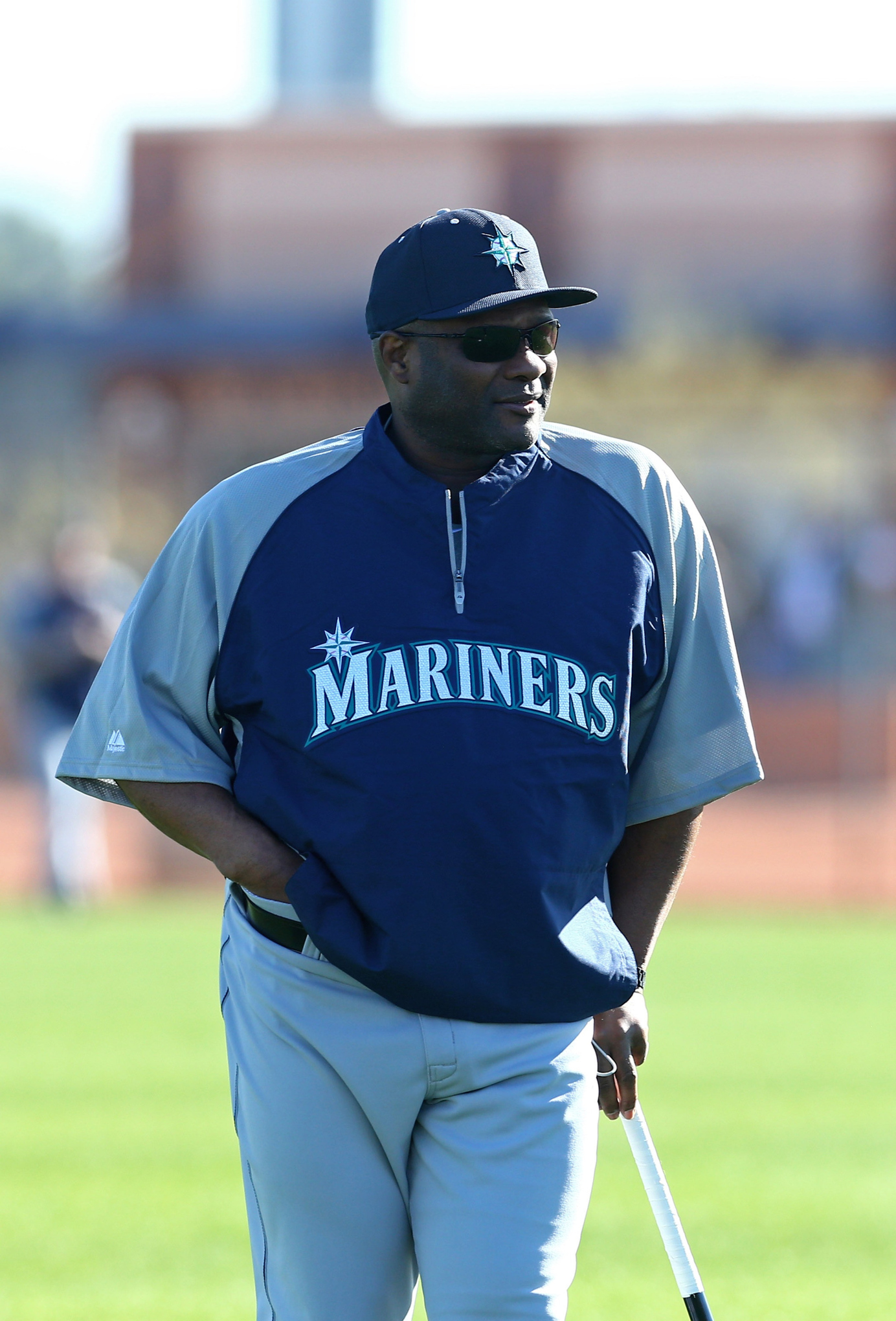 After pulling Wolf and seeing Rodney pitch a scoreless fifth, the Mariners pulled most of their starters and Jesus Montero strolled out of the dugout carrying sagging eyelids thirsty for sleep since leaving his bed at 5 AM. McClendon knew that Montero probably shouldn't be at first, but dammit, the boss said we gotta try this out and he used to look like horseshit out there but he's doin' good now so let's see what we got.

Maybe it was the first bobbled ball--a routine grounder that broke Montero's ankles like he was defending Kevin Durant, or perhaps his amused reaction when he decided he'd rather jog to catch a foul pop--but McClendon suddenly felt the pit of his stomach burn deep and burn hard. But it wasn't for the Mariners. It wasn't for the future of this team. It was for that damn Montero--shouldn't he know? McClendon sat back in his seat and subbed a little more tobacco into his chew. It stung, but felt good. 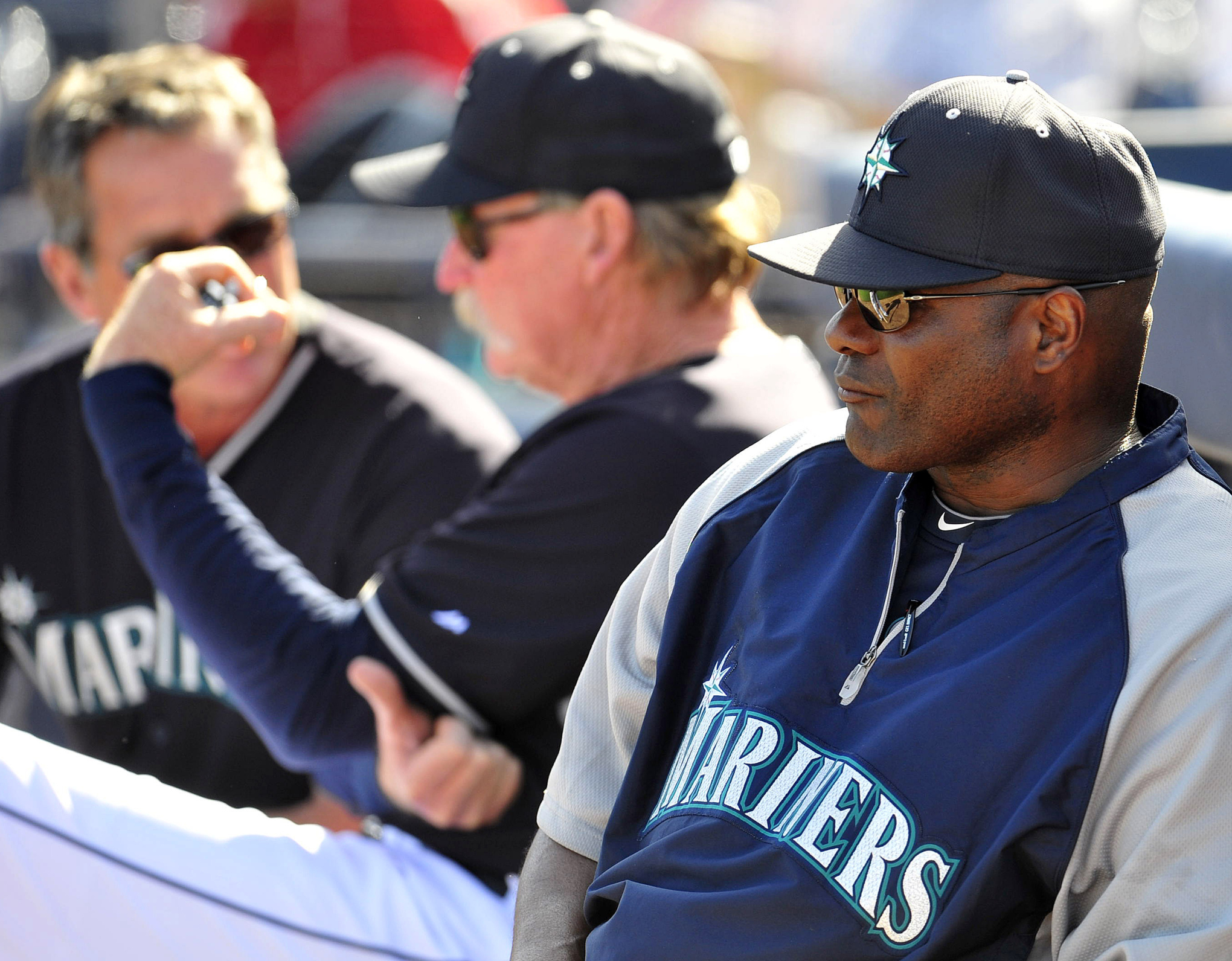 After Montero's errors and another homer to Cubs wunderkid Mike Olt, the sixth inning was legitimately a mess. Furbush was pulled for Ramon Ramirez, who immediately saw Chris Valaika reach on an error and then walk a batter. When the final popup soared over first and Jesus Montero watched it fall like an angel without wings from the sky, the pit inside McClendon's stomach grew. Deeper. It was no longer anger. It was annoyance. He didn't have time for this shit, not when none of it mattered one single bit. The Mariners were going to win the game--this he knew. Why anyone would have to sit through this kind of garbage day in and day out, he didn't know. Still, he stared forward, pestered. confused. He had better things to do. 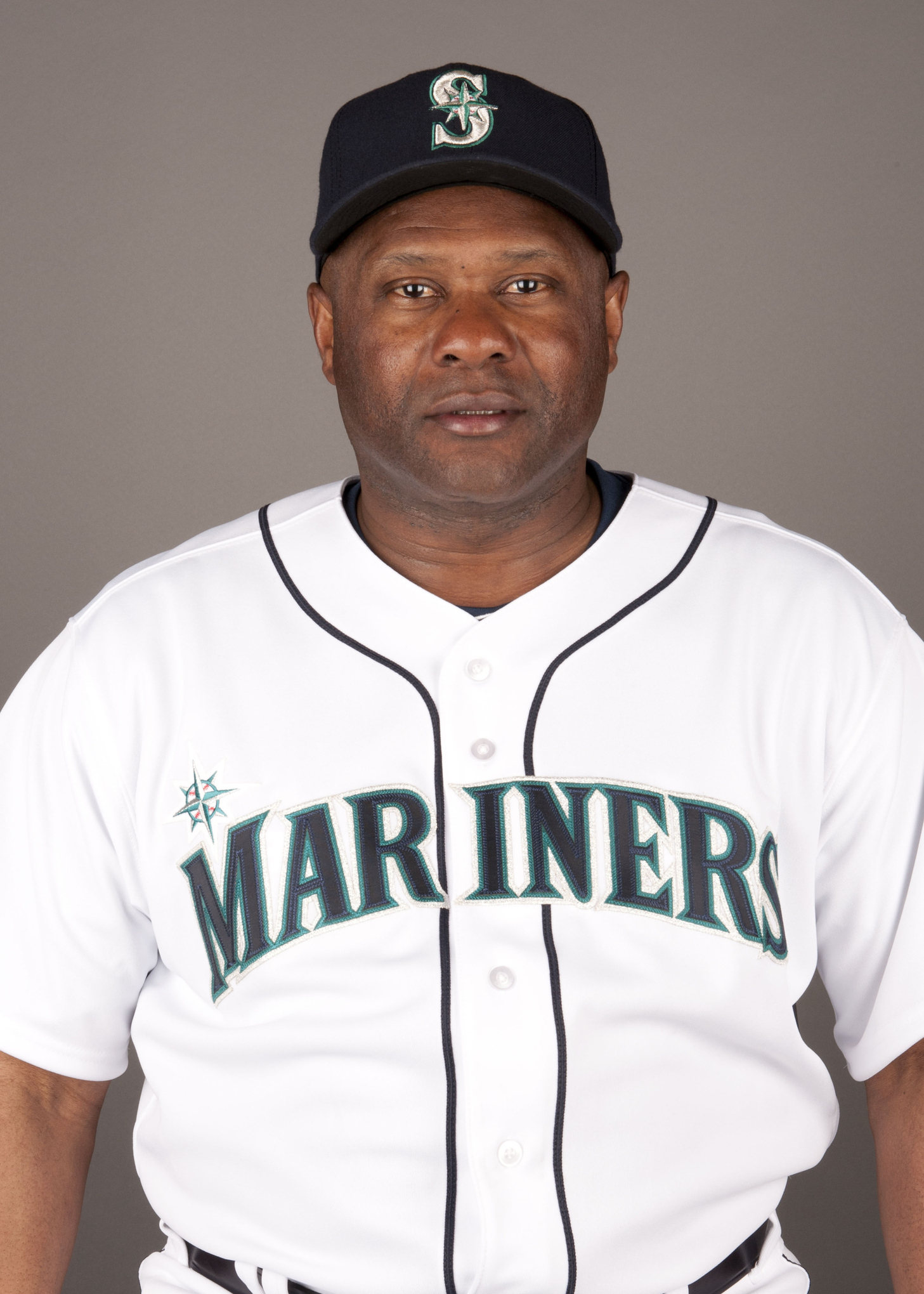 The seventh and eighth passed by without much to write home about. Or at least that's what McClendon thought he would tell reporters after the game, because he was suddenly looking at emails on his blackberry in the dugout, long past paying attention to late-game replacement players in a spring training game in mid March. Robbie Cano was in the showers and Felix was probably at In-N-Out or something, so for a minute, just for a minute, Justin Smoak's toothy grin and a ninth inning double from Jesus Montero weren't enough to stoke any emotion in McClendon beyond cool.

Even when the bases were loaded in the ninth.

James Jones sent two in. The game was tied. The remaining scrubs in the dugout were ecstatic, and this very same never-quit attitude that McClendon had instilled in them on that first workout in February was showing dividends. In a way they were performing for McClendon, each and every one of them there, in the dugout. Still he looked on, tired and thinking about tomorrow's game. The players thought it was what he wanted, but he refused to budge. Instead, the violent glare from the 11PM outfield lights echoed in his eyes, in this, the most emotionally tumultuous game of the 2014 season so far. His chair was creaking and he thought about how he was going to call maintenance tomorrow morning. 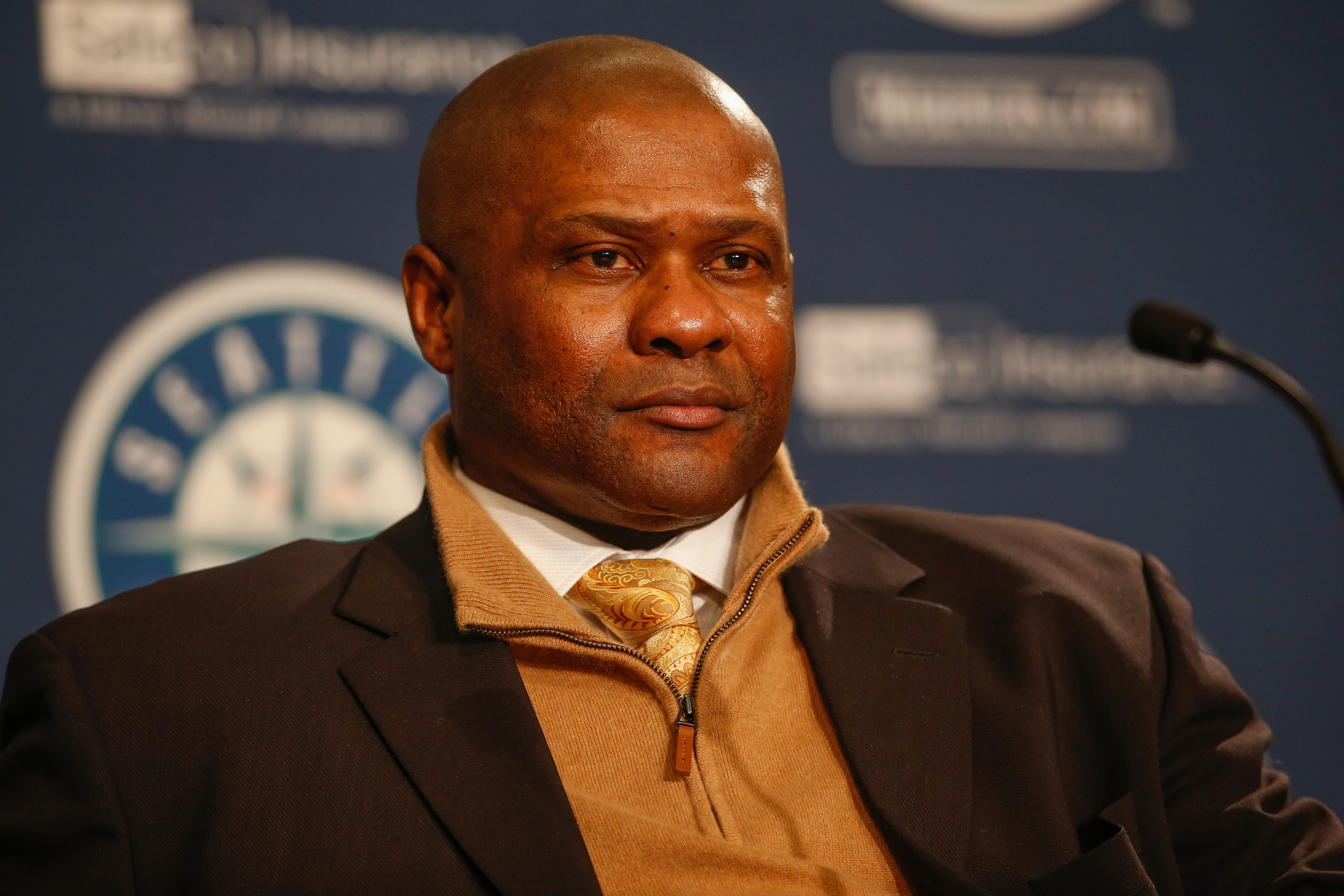 So then Lucas Luetge got out of the bottom of the tenth scoreless. Abe Almonte slapped a single and eventually made his way to third after a Willie Bloomquist single. The dugout was shaking. Fans were stomping, hats turned inside out. The air was thick, palpable. McClendon's chew was stale.

Ty Kelly walked up to the plate and slapped a walk off single into deep left field, and the Peoria stands erupted. No Quit! they shouted. Playoffs! some said. But by then, McClendon was already halfway through the tunnel, glad the game was finally over so he could make his way back to his hotel room to meet his bottle of Jack Daniels and freshly cut imported cigars. The reporters following him fumbled for their portable recorders and iPhones, ready for the latest tweetable quote from the new manager making his way into the hearts of Mariners fans everywhere. nope he thought. the boys won this game, not me is what his face said and nothing is what his mouth said.

Lloyd McClendon doesn't have time for this shit.

Lloyd McClendon is the Shit.

And maybe, just maybe, these Mariners are too. 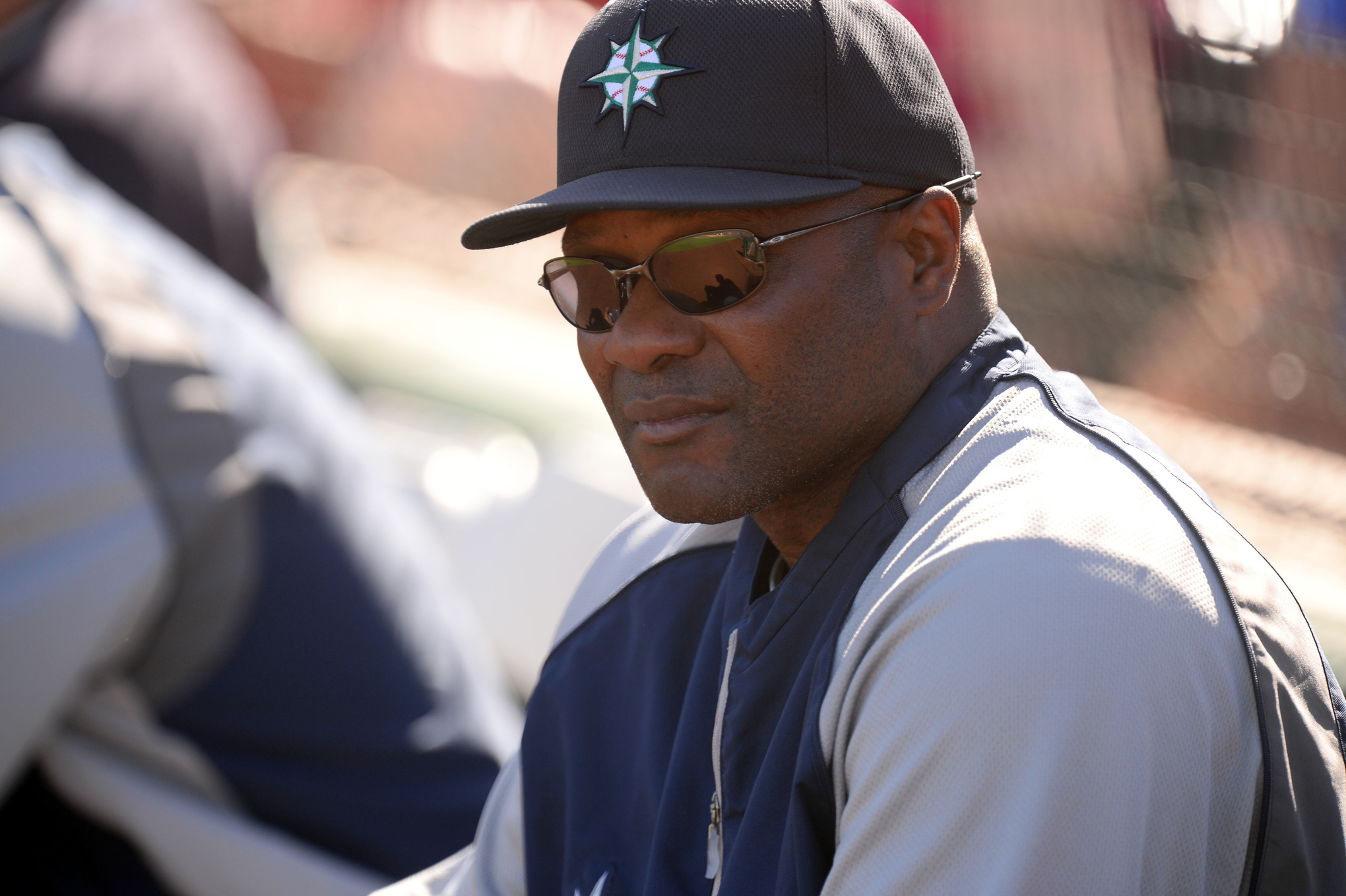