The Mariners gave Seattle a full day to celebrate the Seahawks before they reminded everyone that they might still interested in a wildly overrated and dangerous free agent. I made the case for why Nelson Cruz was a bad idea last week, and my conclusion was essentially that two years would make me squirm, but I could probably live with $16 million total.

Today, it seems the Mariners may want to make a deal close to that, as apparently they're still into Nelson Cruz, even if he's not that into them. Jon Heyman reports that the Mariners are now getting more serious on Cruz, and they're still courting Fernando Rodney. Meanwhile, there's nothing but silence on them pursuing better players like Ubaldo Jimenez and Ervin Santana, even as their price tags continue to plummet.

It's totally weird that the Mariners pursuit of Cruz has been so public, and it makes you wonder where all this information is coming from. Is Cruz's agent attempting to run up the price tag for the Orioles - or attract new suitors - because Cruz doesn't want to end up in Seattle? It just doesn't follow suit with how this front office usually does business.

Saying no to Nelson Cruz 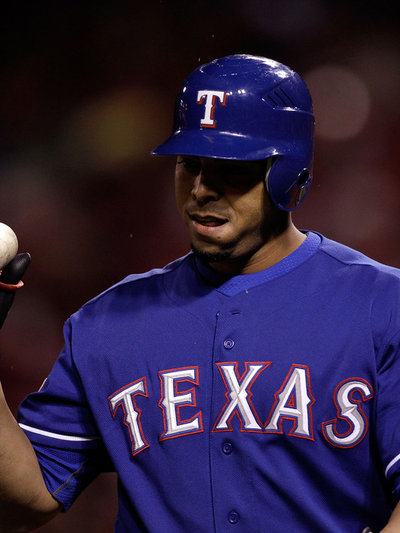 It's time to explain why exactly adding him for anything but a cheap deal is a bad idea.

Think about this offseason to date. There was zero warning for Willie Bloomquist. Robinson Cano broke out of nowhere, and escalated to a signing within three days. Corey Hart was rumored to be considering Seattle for only a few hours before he signed. Logan Morrison was announced with zero warning. There was some light indication of Scott Baker for a week or two, but that was quite a bit lower profile than the other guys. This has been the trend for Z's entire regime - we're almost always taken off guard.

Meanwhile, Cruz has been connected to the Mariners for months. It's been an endless dance, and it feels like both sides are refusing to walk to the middle of the floor.  Do these guys even want each other? It's a legitimate question at this point. While it's smart business by the Mariners to sit and watch the price tag drop for these guys - Cruz's demands have fallen from $75 million to just a multi-year deal - there's been nothing but chatter. The Mariners were going to make an offer soon, then Cruz's price tag fell again. Dip, dance, duck. Z says he would "love" Nelson Cruz, but Cruz is rumored to not love Seattle.

I don't know what's really going on here, but something doesn't smell right. The Mariners don't do business like this. I can't remember the team spending so much public time courting a guy that they actually ended up with, and I can't ever remember Z answering a question on a specific player as directly as "we would love to have Nelson Cruz." A lot of this reeks of gamesmanship on both sides. The two still seem destined to meet somewhere in the middle, but that doesn't make this whole saga any less confusing.