25 years with Upper Deck: A look at the brand and the card that changed it all

Share All sharing options for: 25 years with Upper Deck: A look at the brand and the card that changed it all

February, 1989. An upstart trading card company stormed onto the scene with a uniquely premium approach. The market was already saturated -- Topps, Donruss, and Fleer ran the game, but there were nothing high-quality. Not yet. Upper Deck took a minor league picture of the game's best prospect, photoshopped a Mariners hat onto him, and numbered it 1. Upper Deck was born, the baseball card market changed forever, and the perhaps the most iconic non-rare card in collecting history became legendary.

This week, I had a conversation with Upper Deck president Jason Masherah, now in his 8th year with the company. But Masherah's relationship with the Upper Deck brand goes far beyond his employment. "I was that kid that was searching every convenience store, every gas station looking for those '89 Upper Deck cards...I working at a trading card shop at 14, and I actually owned a trading card shop for a while." Masherah's history with the brand runs as deep as those of us who devoted our childhood to pulling that elusive #1. 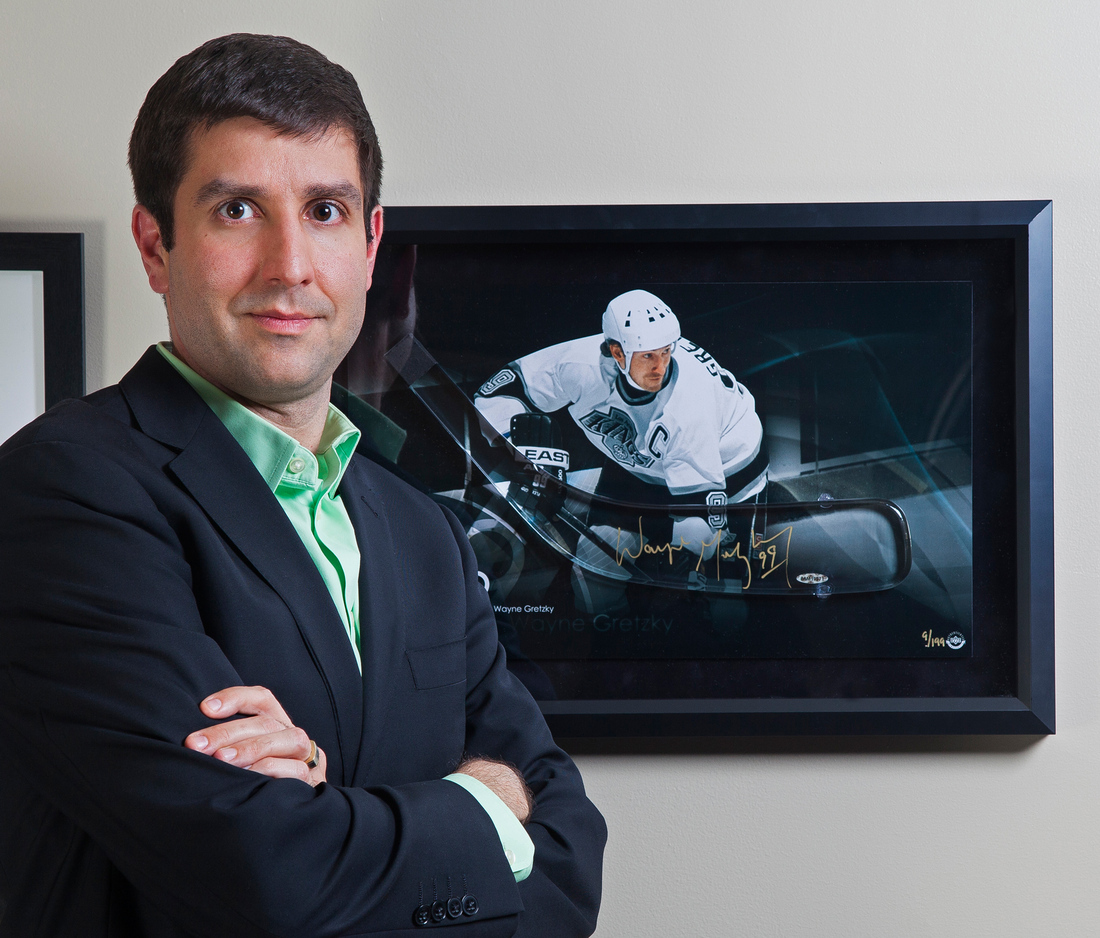 The Griffey rookie created a phenomenon. Upper Deck wasn't just the only company to include Junior in their original press run, they did it with a statement -- #1 for the newest premium brand. "Nobody had seen that glossy card stock," Masherah says. "Nobody had seen the high quality photography on the front and back."

Other companies scrambled to include Griffey's card in later runs, including the usual afterthought subsets such as Topps Traded. But it was the #1 Griffey that arrived first, and the momentum never stopped. It was the most sought-after card of the industry's biggest boom. Masherah asks the question, "where were you when you got your first Griffey rookie card?"

I was 14. I finally got one and sat it next to my 1986-87 Patrick Ewing Fleer rookie in a screw-down case. "It's one of those cards that transcends time," Masherah says "It's one of the three biggest trading cards of all time, with the third being the Michael Jordan Fleer rookie."

We have a great relationship with Ken... We're linked. We'll always be linked together. -Jason Masherah

The industry caught up around 1993, as brands started following Upper Deck, if not trying to one-up them. Fleer introduced an extra thick glossy set, Flair, in 1993, and Topps introduced their Finest line not long after, where cards had a protective peel over the top that you couldn't remove, for fear of devaluing the card. Things were never the same.

Through the rest of the 90s, Upper Deck made sure collectors could still afford their brand, especially with the Collector's Choice line. Masherah explains. "You want people to try the hobby. You don't want to price people out. You want mom and dad to pick up trading cards for their kids...you don't want everything at a premium price."

You can still pick up packs of NHL Upper Deck for $2.99. But Masherah says that there's still a market for ultra-premium cards. The Exquisite line can run upwards of $600 a pack. "You're always going to have those consumers, and you have to cater to both ends of the scale."

Masherah picked my jaw up the floor to elaborate on their ultra-premium offerings. "We had a Michael Jordan master collection, which was a factory set but had some random elements to it. You see those on the market for $5,000 per set."

There's no doubt this is a different industry than it once was. Kids no longer buy cards to learn about players, with every statistic available so freely online. Turning over the back of a baseball card doesn't bring the same sense of wonder and discovery that it once did. The education aspect is mostly gone. So I asked Masherah how cards can still deliver a unique experience to collectors.

"There's a lot of consumers who haven't opened a pack in five, ten, fifteen, twenty years," Masherah explains. "What's in a pack is so different than what we grew up with. It's very common to get a card with a piece of game-used jersey in it. It's very common to get a card with an autograph of your favorite player. That's really the special moment...whether you're a Sidney Crosby fan, or a Johnny Manziel fan, you can pull an autograph that was autographed by him, and you know that it's a legitimate autograph because it's coming directly from us. That's something you can't get on the internet." 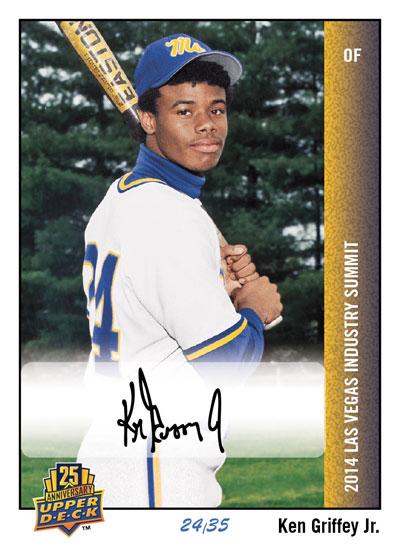 Upper Deck has maintained a productive relationship with Ken Griffey Jr. through the years, an immeasurable bond that comes from being the immortal face associated with an entire brand. Though MLB's current exclusivity deal with Topps throws a wrench in some things, an MLBPA agreement leaves the door open for future endeavors, as seen to the side. "We have a great relationship with Ken, he's been a great spokesman and advocate of Upper Deck. We're linked. We'll always be linked together...we're looking to expand and do some things, and hopefully we'll have some really cool announcements this summer on future plans with Ken."

Masherah would love to be back in MLB, but isn't willing to dive in any cost. "We always want to be in every sport if we can, if the deals make sense...in a perfect world, we have every license. But sometimes it just doesn't make sense."

Upper Deck still has a deal with the MLBPA as well as college, and they still produce baseball cards. They're able to produce cards of players in their college uniforms, for example. "We do the best we can given the limitations we have," Masherah says.

Card collecting has become a distant memory for myself and many others from my generation. I find myself buying old boxes rather than new ones, an attempt to re-live my youth as opposed to re-introducing my youthful hobbies to my adult self. The prices are different, fueled by rare inserts. The lure of the pull has been forever changed by single-card online retailers. But while Upper Deck has changed, they are still present, still providing exciting moments for those who desire them. You can never recreate the memory of pulling your first '89 Griffey, but there are still plenty of ways to create new ones from Upper Deck.