The Seahawks and Mariners: A tale of two split franchises

Two very different sports with two wildly different franchises. The Seahawks are on the verge of a title, and the Mariners are nowhere close.

Share All sharing options for: The Seahawks and Mariners: A tale of two split franchises

When was the last time you felt pure, unadulterated joy? Where your body simultaneously released every emotion it'd been holding inside? For three and a half tortuous hours yesterday, I put my body through the proverbial ringer as the Seattle Seahawks battled the San Francisco 49ers in one of the most legendary playoff games I can remember watching. At the end, as Richard Sherman leaped to deny the Niners an excruciating comeback attempt, euphoria was unleashed. Strangers jumped on each other, empty beer glasses shattered, and tables teetered precariously. The Seattle Seahawks are Super Bowl bound, and a cork of perpetual disappointment was popped off this city. Eruption.

I, like many of you, am a lifelong Seahawks fan. I don't understand the X's and O's of football like I do baseball, but that has allowed me some of the fun parts of being a fan that baseball doesn't easily allow. It's wildly freeing to be an emotional trainwreck for a quarter of the day twenty times a year. In a strange way I'm glad that I don't really get how a cover three defense works, because I watch the game from a state of child-like wonder that my overly analytical and cynical mind occasionally blocks when I watch my baseball team slog through another 90 loss campaign. One where the moments of joy are quickly buried by the realization that despite that walk-off win, your team is still 15 games out of first and Joe Saunders takes the mound the next day. Football affords fans an elevated level of irrationality that baseball does not. 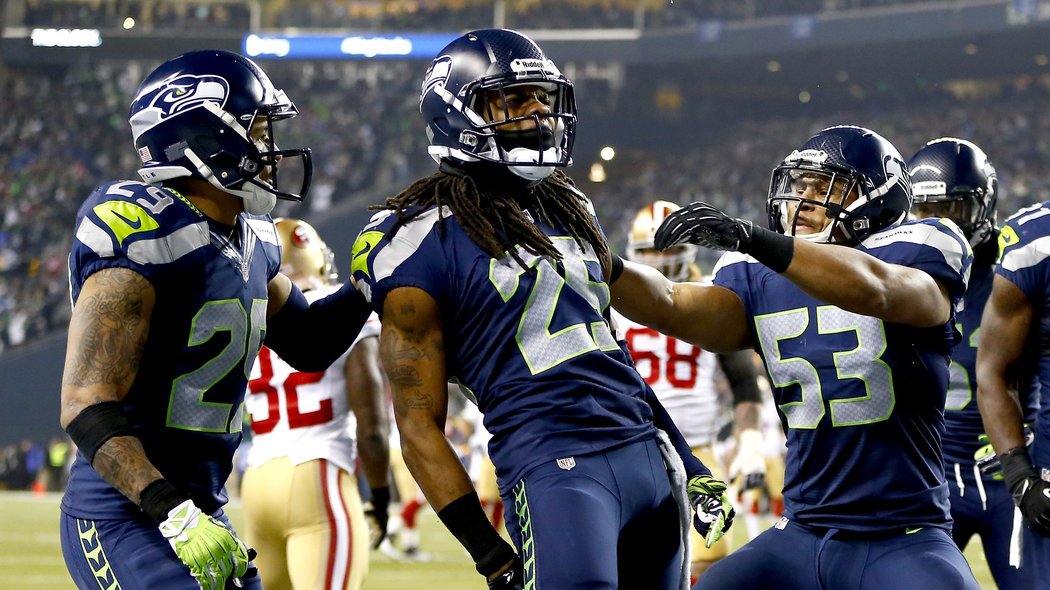 It doesn't help that my baseball team is a bad one, and has been for a long time. I haven't been able to watch the Seattle Mariners in the same way that I can watch the Seattle Seahawks, because they're rarely good enough to merit the kind of joyous outburst that games like Sunday's can bring. That freeing passion exists somewhere deep within every single one of us, even in the most calculating minds who have difficulty letting go when things don't make sense. It's luck, it'll regress, it'll stabilize. Anomalies will self-correct over 162 games, or even over a seven game series. It may have happened last night, but it probably won't happen again. That's baseball. Not football.  Nothing can take away yesterday, there are no chances for things to regress to the mean. The Seahawks are in the Super Bowl, and yesterday will forever remain the final word on this year's intense rivalry.

The two sports are so different, and yet co-exist in perfect harmony. The two have little alike, one a coordinated team effort where games are often won or lost on a handful of high-impact plays, and the other an individual sport masquerading as a team effort, where games are won and lost by hundreds of pitches over hundreds of games across hundreds of days.

Football just isn't like baseball, and while that's a wonderful thing, it's also a painful reminder. All of the emotion released yesterday culminated this morning in a sobering reality that while the Seahawks are on the verge of giving Seattle their first major professional title in 35 years, the Mariners are nowhere close. All the pain and anguish suffered from Seahawk fans pales in comparison to the drought of success Mariner fans have been through, especially for a younger generation of fans who have no memory of the good years. There are teenage Mariner fans born in 2000. The Mariners are well over a decade removed from the playoffs. A season now nearly 20 years old is constantly milked to pry back good memories from those who have them, and manufacture memories for those who don't.  For Mariner fans, excitement has become relative. 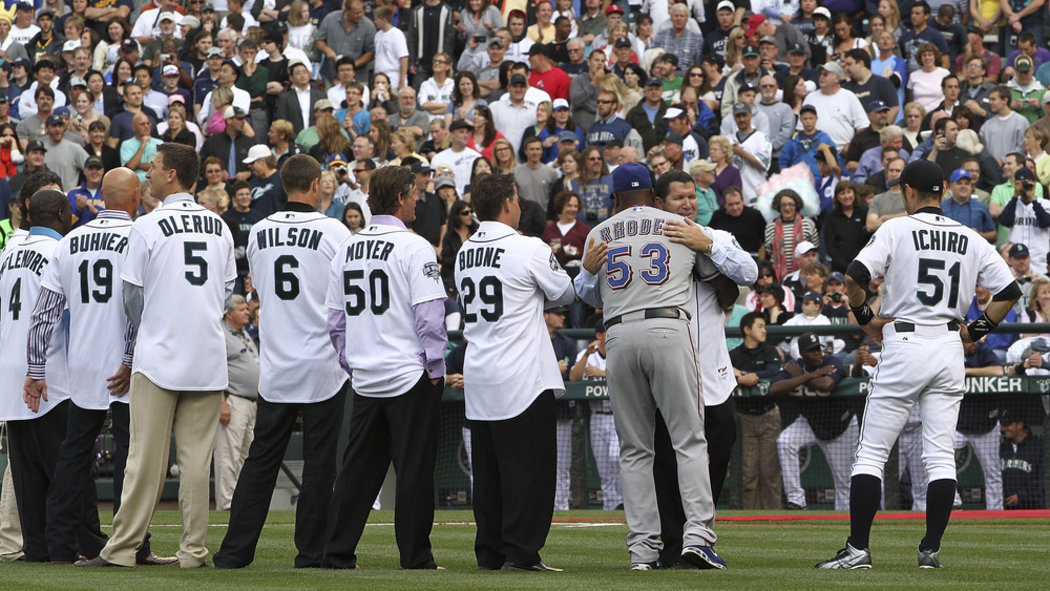 Baseball is the more rational sport, but the Mariners have left us with nothing but irrational pipe dreams. The Seahawks have turned their once-bleak future into the makings of an NFL dynasty. They did it by bucking convention, drafting an undersized quarterback to play with oversized cornerbacks. By confounding draft experts and reaching to take guys they wanted before others did and building a defense full of players who other teams didn't value similarly. The Seahawks organization looked at what they had and decided it wasn't good enough. They changed the script. The Mariners have mostly continued to stay the course on a beaten path that has yet to see the sun break through the trees.

The Mariners have tried to re-write the script this off-season, but it remains a rough draft. There's an unfathomable amount of work left to be done before we can unleash hell from our bodies like I did on that iconic interception last night. I want that. Badly. I want it again in two weeks for the Seahawks, but I want it even more from the Mariners. For now, I'll dump every emotion I have left into the Seahawks. For our city, for our embattled fans, for those of us who pour over every excruciating detail of a team that has constantly let us down. I'm ready to let go and enjoy a dominant team that couldn't be more different than the baseball team many of us call ours.