Doug Melvin says the Mariners aren't interested in moving their guys, but c'mon.

Share All sharing options for: Justin Smoak is for sale, isn't for sale, is still a Mariner

When the Mariners went out and traded for Logan Morrison after acquiring Corey Hart, they created another logjam at 1B/DH with at least one player who probably shouldn't be playing in the outfield, but will be forced to. It sounds familiar because it is, and the Mariners have so far done nothing to remedy that imbalance. They need plenty of help in other areas (outfield, bullpen, rotation), but they haven't been able to acquire any of it via trade - yet.

After the winter meetings, it was reported that the Mariners had made it known that Jesus Montero and Justin Smoak were available, via Bob Nightengale. Unsurprisingly, teams didn't rush to acquire a perennially underwhelming first baseman who has been historically bad during his major league career. There aren't many teams that have holes at first base, and even fewer who are willing to give up talent in exchange for one who has been replacement level throughout his major league career.

Where Logan Morrison and Corey Hart fit with Justin Smoak 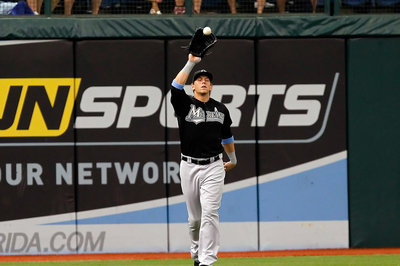 The Mariners just gave themselves another logjam at 1B/DH. How's it all fit?

Justin Smoak, quite simply, has put together some of the worst first basemen seasons in the past 20+ years for his age. Even 2013, Smoak's "breakout year" that fell apart down the stretch, resulted in 0.4 WAR - the 2nd worst season from any 26-year-old first basemen since 1994. When it's placed right in front of you, it's kind of staggering how historically awful Justin Smoak has been. The reasons to continue trotting him out there in a near-everyday role have become pretty hard to defend. Sure, he could break out. So could a number of players with lesser pedigrees with less opportunities afforded them. You can't successfully operate a winning baseball team by banking on miracles. The odds of Justin Smoak suddenly becoming an excellent hitter for his position are very, very small. The Mariners have given him an overwhelming number of chances to fulfill his potential, and he has fallen flat every single time. The only reason he remains on the roster is the constant tease of former top prospect status, and the fact that the Mariners have somehow not managed to upgrade from him in the last several years.

Until now, of course. At least one of Corey Hart and Logan Morrison will probably be better than Justin Smoak was last year. While everyone talks about Nick Franklin and Dustin Ackley, Smoak represents as big of a surplus as any position the Mariners have. So of course they've been shopping him, perhaps trying to package him with Nick Franklin to get some outfield or rotation help. It hasn't been successful, and today the new development is this, courtesy of Brewers GM Doug Melvin.

In also noting that the trade market for first baseman was thin, Melvin acknowledged he had at least had discussions with the Rangers and Mariners.  "There just aren't available guys. Texas, at this point, is not willing to talk about [Mitch] Moreland. Seattle is not interested in moving their guys. So, there aren't a lot of choices."

This is predictably getting spun by some as the Mariners deciding they're holding onto Smoak because they believe in him, but I don't buy it. I just don't think they're getting any offers that they feel are worth making. I can't blame them. Eric points out that the Mariners essentially set the market for reclamation project first basemen when they gave up a struggling young reliever with HR problems for Logan Morrison, so they really have nobody to blame but themselves for not getting anything better offered for Smoak.

I get it. The Mariners have invested a lot into Smoak, and even though nothing has taken, they shouldn't feel entirely compelled to give him away for a low-impact, low-upside player. Even though we advocated flipping Smoak for Brian Matusz in the off-season plan, the Morrison trade pretty much showed how much of a premium that would be for Baltimore to pay in exchange for his services. It's not going to happen in isolation.

I believe Bob Nightengale when he says the Mariners have let people know Smoak's available. Of course he is. It doesn't make any sense for the Mariners to "not be interested in moving their guys" when they have such obvious surpluses to use as assets to fill holes. It doesn't pass the colloquial "smell test."  Melvin could easily be framing this in a way to show he's tried, but the asking price is still too high. If Smoak is going to get moved, it probably won't be until much closer to Spring Training, or it'll be in some sort of package deal with somebody else, because on his own, he just doesn't have the weight to bring back something all that worthwhile. Most teams don't need a first baseman, and most certainly don't have any use for a guy who has failed to live up to anything better than the scrap heap after nearly 2,000 PA.

At some point, the asking cost for Smoak will come down, but who knows what level that will be. The Mariners have tried everything to fix Smoak, and if he does miraculously put it together and break out somewhere else, I won't blame them. They've given him every opportunity to succeed and more. Each day represents one step closer to the grim reality that he'll get yet another spin in the first year of the Mariners new "win-now" window, despite doing very little to deserve it.