Baseball, writing, death, and caring about the above. 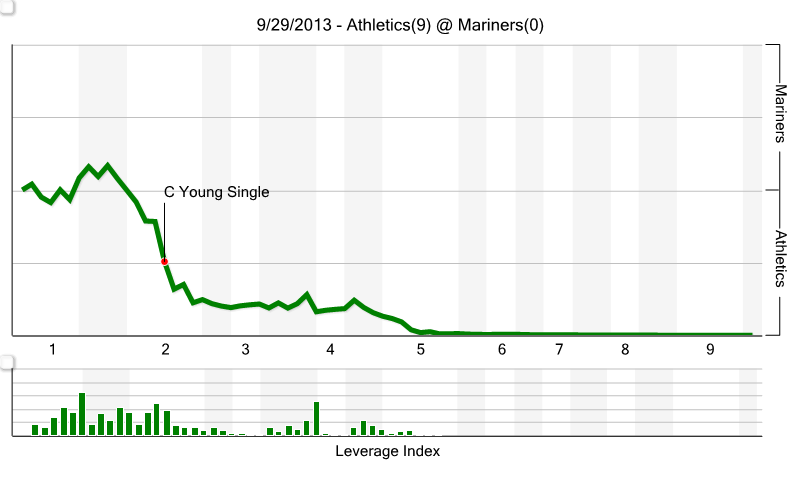 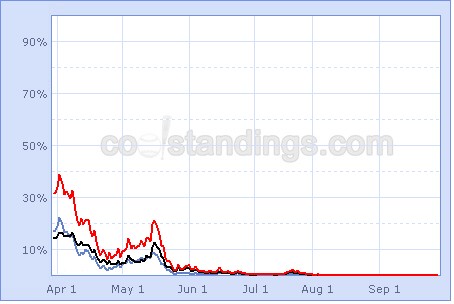 Writing for Lookout Landing this season has been hard. For years I watched Jeff assemble recaps and wondered how anyone could shackle themselves to a single team, let alone a team like the Mariners, for years on end. Then I went and locked myself into the same cell for a couple of days a week, and started scratching against the walls.

Trouble is, I'm not good at this kind of thing. I'm not a journalist. Maybe if things were different, if I were ten years younger and straight out of college and dreaming of big things, I'd climb into this notably roomy bandwagon and grab a rein. I'd report facts destined to be mercifully forgotten, dispensing barbiturates to an ailing and indifferent audience. But then, if I were ten years younger, I'd have grown up with Griffey and Ichiro, Randy and Moyer, the urgency of hope and sanctimony over a year like this.

Instead, I'm a child of an earlier time, the reign of Spike Owen. During my first thirteen years of existence, save for a handful of weeks in 1982, the idea of the Mariners contending, even competing, was patently ridiculous. Every year was 2013 back then. It introduced me to existentialism.

How can one analyze the Mariners? How can one try to understand process in a franchise so impenetrable, so contradictory? I've never been one to hide behind the veneer of authority, and with regards to the Mariners as a conscious entity I know nothing more than any of you. But I didn't understand trading away Ivan Calderon, either, so it's a feeling I've grown used to.

So I'm neither a reporter nor an analyst; I guess I'm a humorist. I write about the game, and everything else, for that little unexpected flash of brilliance, the unforeseen connection between disparate things. This is weakness, the writing equivalent of the get-rich-quick scheme. Writing, and caring about this team, require real effort, strength and character, things I have in short supply. Being a humorist allows detachment, an ability to appear and disappear wherever the jokes lie.

I feel bad about this. So last week, with the season waning, I wanted to plumb the exact depths of baseball despair. So as the Lincoln/Armstrong debacles unfolded, I read a book called "The Universal Baseball Association, Inc., J. Henry Waugh, Prop." It is perhaps the best baseball book I have ever read. It made me feel terrible.

It's the story of J. Henry Waugh, a single, 56 year-old accountant who devotes his spare time to an intricate, dice-based baseball game of his own creation. In handwritten journals he records statistics, writes recaps, tracks awards and drafts and deaths. He builds storylines into the fictional names, weaves personalities and relationships in them. To the surprise of those around him, Henry is indifferent to real baseball, indifferent and arbitrary; his own league is personal and creative. As Henry's life crumbles, so does his Association, and the layers of fiction begin to blur together.

The turning point of the novel (avoiding spoilers, do go read the book) is the tragedy of a single die roll, a random number generated. It is a terrible roll for Henry and his league, but he is bound by the rules, the system he has created, and he is bound to that set of dice as well. It's the bargain he has made.

With the Mariners, it's the one we've all made. Baseball is a poorly written story, one with loose ends and underwritten passages, poorly edited. Morals are in short supply. But it compels us to follow in at least one way that intricate, brilliant drama fails to do, because we know it is completely beyond our control. In movies and television, we find it grating when an ending, happy or bad, feels forced and artificial. We want to feel that the ending chosen is the only possible ending, that the effects are just. But baseball, as with all of real life, refuses to supply this little lifeline. No one knows how the story will end. No one knows whether it'll be fair.

In a sense, this is a microcosm of the crisis we all face in death. Each of us stares into the abyss, and we flinch, because it's impossible and inhuman not to. We find ways to mitigate the total vulnerability of infinity and baseball: we bestow virtue on the victors, denigrate the failures, craft narratives and hope.

Last week I was looking through an old notebook I used to carry in my pocket for stray thoughts. Most of the comments are gibberish, or worse. But there was one phrase that struck me:

This is what we've been denied this year, what's made it crueler than even the darkest moments with Bavasi. It has to do with our needs as fans. Over the years, the fandom of baseball has changed. The focus has shifted away from the performance of the team, the actual physical feats of the athletes, to the organization and development of those athletes. The average American plays less and watches more sport than ever before. This doesn't weaken our appreciation, but it does seem to be more strategic, less instinctual.

We can still appreciate Kyle Seager's swing, of course, and Carlos Peguero's to a lesser extent. But the majority of fans (or, at least, the majority of readers here) find pleasure in the same act of creation that J. Henry Waugh did: the process behind building a baseball team, understanding the logistics and the mechanics. At its greatest moments, fandom reaches out beyond itself and touches the game, as with the King's Court and Dave's open letter to Felix. Most of the time this instinct is a silly and harmless thing, an elevated form of the stereotypical superstitious fan. But even then it's a valid and human reaction; we want our efforts to mean something.

The upper management of the Mariners has proven that they're not receptive to any evidence of failure, not even attendance numbers. Nor do they have incentive to reveal their motives. We have no process to go by, no story to follow along with and join in crafting. We'll all continue second guessing, because baseball is always a marvelous and arcane puzzle. But it'll be no different than postulating what happens after we die.

This all sounds pessimistic, I know. Many of you are healed by a two-game winning streak, and I envy that. But this isn't about losing, despite how much losing there's been. As a tonic for J. Henry Waugh I went back and read a passage from Roger Angell'sÂ The Summer Game, regarding the New York Mets of the early sixties. That team was far worse than the Mariners, and yet the fans adored them - because they belonged to them. The M's don't feel like they belong to us, just now.

So maybe the Mariners are just another unthinking force in the external world, the random tornado that destroys the farm. For those who, like myself, are stuck loving baseball, even loving the damn tornado, regardless, you have to live with the rolls of the dice. And if we aren't given process or meaning, you're going to have to make it yourself. Even if it means starting this all over next year.

Don't worry; you'll do just fine. We're good at this.