Joe Saunders does Joe Saunders things, and the Mariners drop yet another. Mercy rule is not yet in effect, Mariners must finish season. 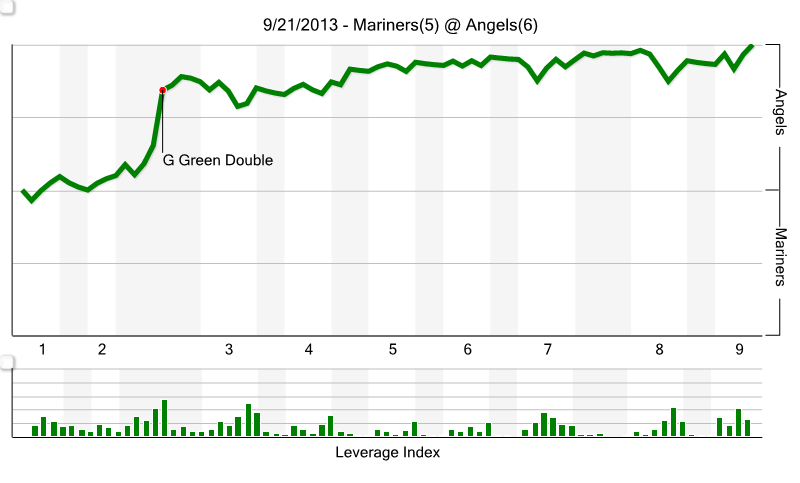 Watching Joe Saunders pitch is brutal. I have a little problem with paying for "inning eaters", whatever that means. An innings eater is a nice way to say "this guy sucks, but not enough to kick him out of the rotation." Yet teams pay millions of dollars for these 0-2 win players every year, and this year the Mariners paid $6 million for Joe Saunders. This is what the Mariners paid for, nights like these. A bad start seemingly left behind, and then just little runs, one at a time. Up to six tonight, specifically, when the Mariners finally said that was enough.

This is a problem around baseball, and not just this regime. Every year, pitchers get paid millions of dollars to be worth one or two wins. Livan Hernandez made a surprisingly long career out of it. This year, the Mariners fell into that trap, and gave a guy $6 million to be a pitcher with the upside of innings eater. Why? I don't know. Stability, I guess. Still, when the Mariners signed a guy who can't miss any bats and then trotted out this horse shit defense, what did they expect to happen? This. This is what they should have expected.

Throughout tonight, he was still very Joe Saunders, even though he missed a lot of bats. One more start, and then the Mariners can move on - if it's still this regime, what's the confidence level that that money will be used better next year? It isn't very high with me. That's why I really don't mind if the Mariners make Kendrys Morales a qualifying offer, because if he accepts, it'll just eat up some money that the Mariners have used pretty poorly in the past. Maybe they won't be able to shell out the cash for another "innings eater," or maybe they won't sign Raul Ibanez once again. If there's a new general manager before the Mariners have to make that decision on Morales, maybe I'll reconsider my stance on the qualifying offer. Operating under the assumption that Z is still making decisions this offseason, it seems prudent to make him dumpster dive for back of the rotation pitchers.

This game is really just the summation of a brutal September. It's hard for me to remember a September that's felt more frustrating, but there's undoubtedly some recency bias going on there. The Seahawks and Sounders are fantastic. The Mariners were supposed to improve, but they took a step back instead. People are disinterested, burned yet again. There's no confirmation on a future regime change. All that's left are question marks and more of the same. When there's some true uncertainty yet again, perhaps with a new general manager, that's when this game becomes truly fun again. As of now, the way this upcoming offseason will unfold seems all too obvious. More Joe Saunders. More Raul Ibanez. More failed roster construction.

One way or another, the offseason will inevitably bring some misguided hope yet again. Let me fool myself just one more time into thinking this franchise is ready to make some good decisions.