The Mariners beat the Orioles 3-2, taking the series from Baltimore to end an otherwise abysmal road trip.

Share All sharing options for: 52-59: Mariners decide 3 runs are better than 1

This here was a neat baseball game filled with stellar performances by professional athletes who have trained for this game their entire lives. In that way, it was like every other baseball game played by every other team in the league this year. In other ways, it was different. For one, a 41 year old backup catcher who can't hit slugged a 2-run home run in the 7th inning. Also, the Orioles starting pitcher was born in Taiwan. There have only been 8-Taiwanese born players in the major leagues, ever. If you divide the number of games those 8 players have played by all the baseball games in the history of the world, that's a pretty tiny number.

In a way, you saw history today. Never before in the history of baseball has there been a game with the exact same scorecard as today's game. That's pretty cool! See, there is absolutely a reason to keep watching baseball. You never know what's going to happen next.

Maybe Joe Saunders will take the mound and pitch alright, going through 6 innings with 8 hits and 2 runs. Could happen. Happened today. It was a shutout until the 6th inning, when a leadoff walk to Steve Pearce was driven in by a Danny Valencia home run. Saunders allowed each leadoff hitter to reach base, giving up a Nick Markakis single in the 1st, a J.J. Hardy single in the 2nd, a walk to Markakis again in the 3rd and a single in the 4th, and finally the aforementioned Pearce walk. Out of all, only Pearce scored. Hey! Neat! We can infer from this that Saunders was able to get out of trouble. He did, making sure the Orioles would be 0-11 with RISP.

Also, it's possible that the Mariners bullpen could come into a game and actually do pretty well for themselves. See, that was what transpired today at Camden Yards. Mariners relief pitching was responsible for the following late in today's game:

Danny Farquhar, 9th: Henry Urrutia groundout, Matt Wieters strikeout, Nick Markakis flyout. He threw 9 pitches. His fastball reached 95, which is good. His curveball was at 78 which is also good. Here's how he attacked Matt Wieters, a player with 15 home runs and 21 doubles: 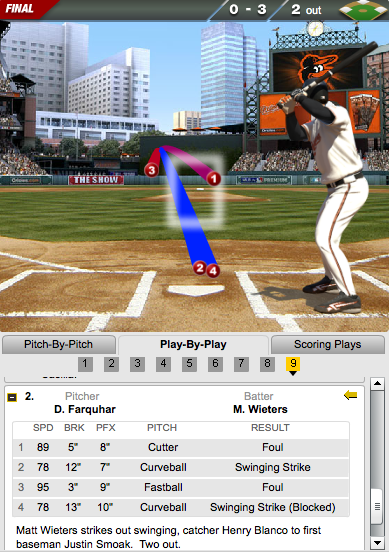 Look at pitches 2 and 4. I don't need to say anything else. That's just beautiful. If you watched this game, you got to see these pitches happen, in real time! How neat is that? Otherwise you would have missed them, needless to say. Never again will you get an opportunity to see these two pitches from Danny Farquhar strike out Matt Wieters in the 2013 MLB season. This is why you should keep watching baseball.

It's also possible that in some game down the line, a young promising Mariners hitter will have a 16 pitch at bat resulting in a hit. I bet you can guess what I'm about to say next! 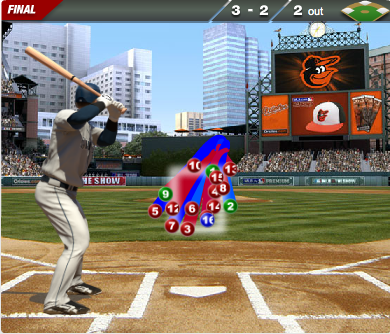 Aren't you glad you didn't miss this? If you did, bummer. Lets look at what Justin Smoak did here in the 4th inning. Because this is just stupid. First, he looked at two pitches from Chen that were called as balls. The first could have gone either way, but the second was a good read. Then he hit 6 foul balls. After these six swings, tied in the count, he looked at pitch #9 for a ball. That takes--no I'm not going to finish that phrase. Then he made contact with the next 7 pitches. 16 pitches. One at bat. Chen threw 9 pitches in the entire 1st inning. He threw 12 in the 3rd. He threw 5 in the 5th. He threw 16 to Justin Smoak. See what you missed if you skipped the game? There are a lot of baseball games left to be played this year. The Mariners aren't going to make the playoffs. It's just not going to happen. But if you stop watching baseball, you will never see Justin Smoak draw a 16 pitch at bat. That's sort of history, because Justin Smoak has never drawn a 16 pitch at bat before. Well, I guess he might have done it in little league or high school or something, but you wouldn't have seen those either.

So keep watching. Keep waiting for exciting things to pop up. Remember what happened on August 15th last year? It's not August 15th yet. Fun baseball things will keep happening even if the Mariners aren't headed to the playoffs. And if you don't even buy that? Watch for the excitement of seeing what happens when a 41 year old catcher known mainly for his defense hits a game-deciding home run late in the game. Watch to see the look on your face be transmuted and grafted on to the faces of the baseball players on the field watching the very same game transpire. Watch because sometimes, just sometimes, what we feel is exactly what these guys feel: 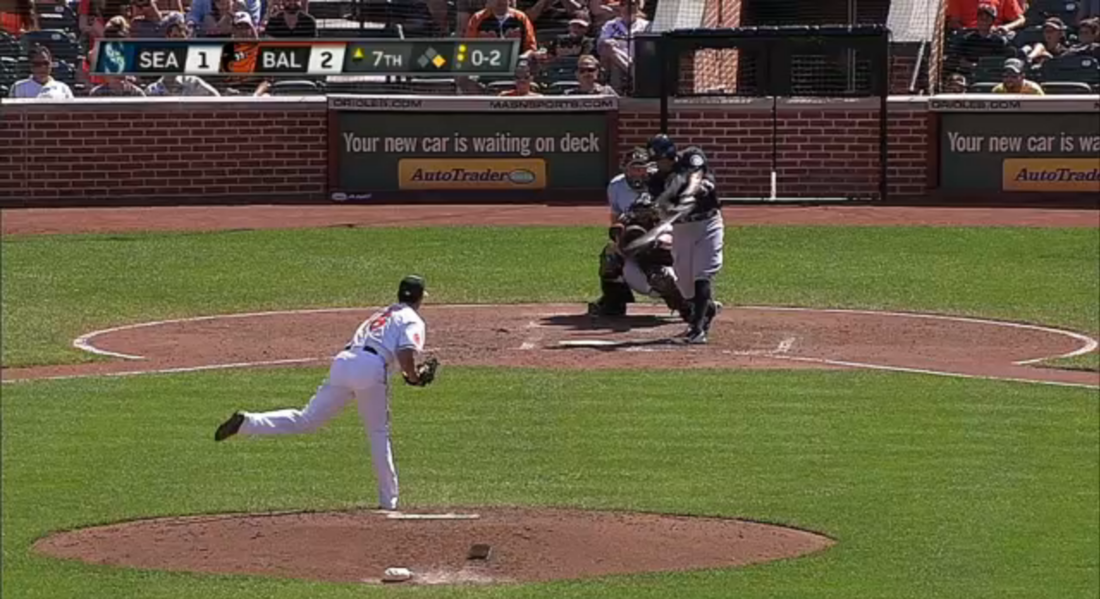 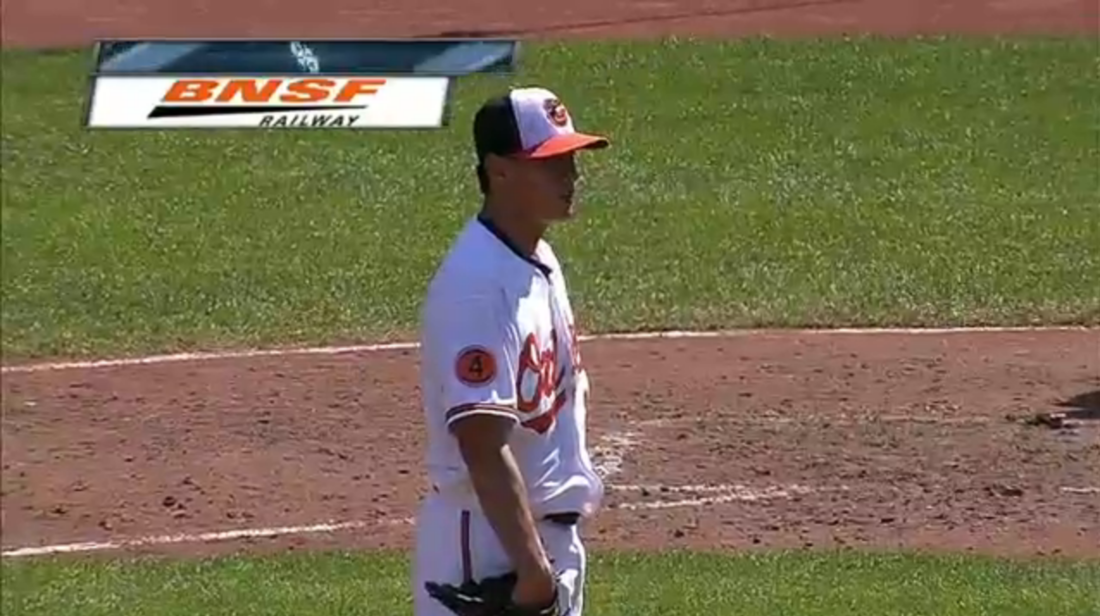 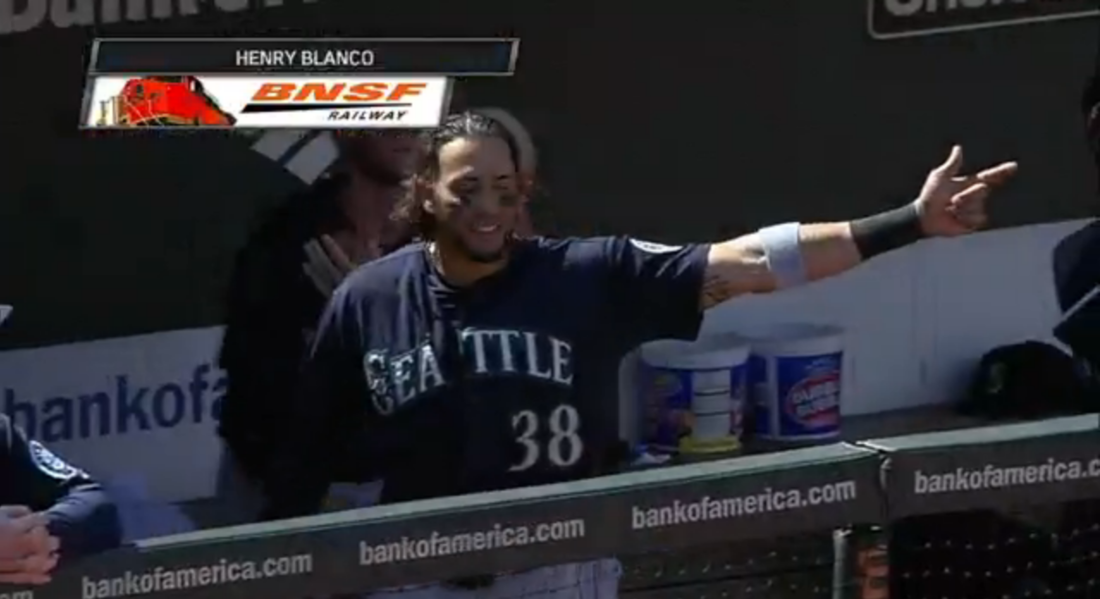 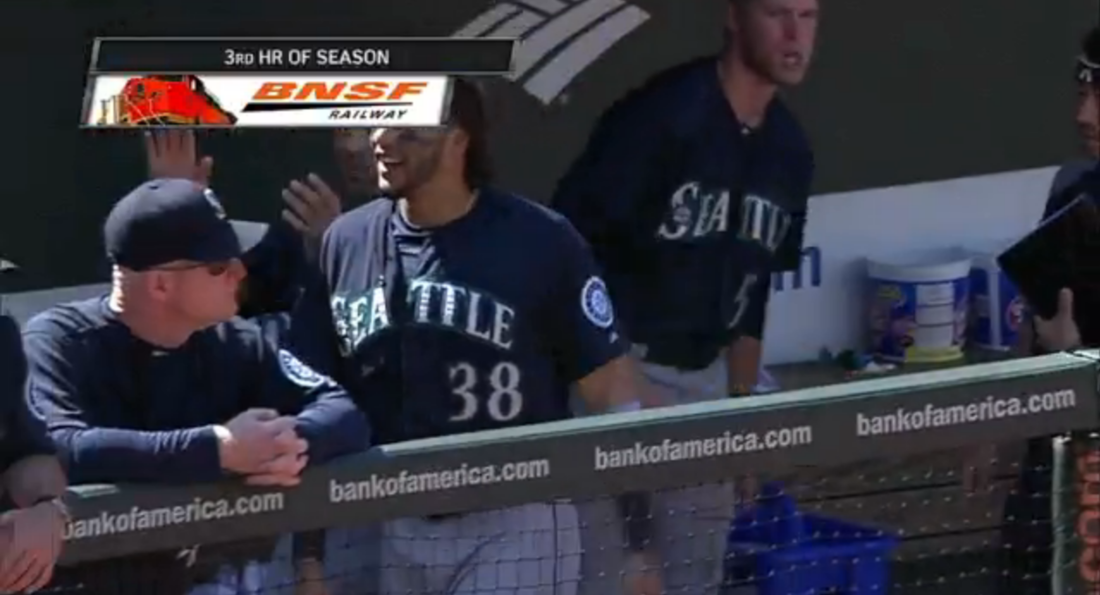 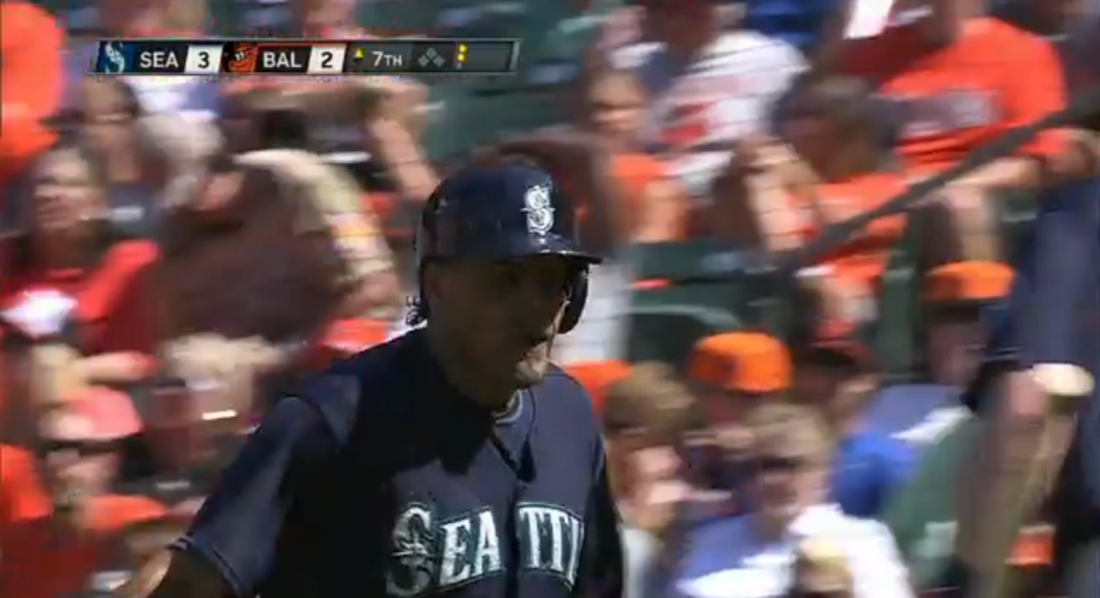