A "win" against an "opponent". 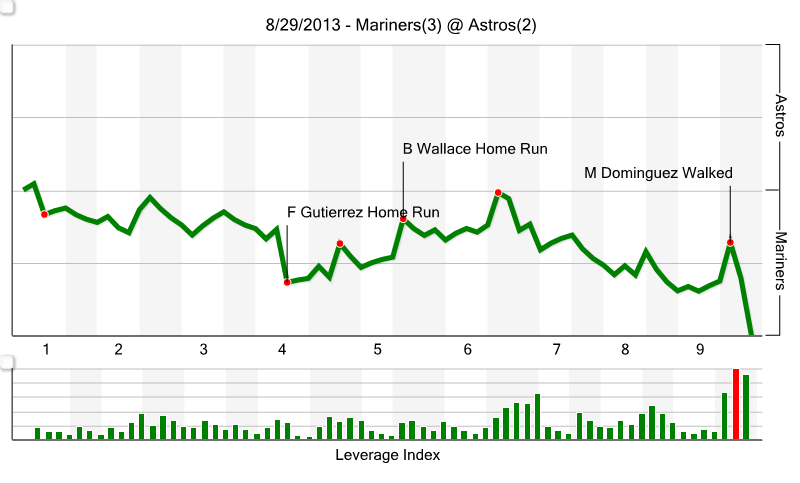 I'm honestly just really happy for Eric Wedge.  Logically he knew it wasn't his fault the team started losing as soon as he came back.  But still, the gnawing feeling, it gnaws. Eric Wedge went from a man near the pinnacle of his profession, to almost dead, and back.  Now he's won a game and, hopefully, he feels back.  Congratulations skipper.

1) How much of tonight's game did you actually watch? Speak true, friends.

2) What is the worst disappoint, whether player, game, season or experience you have ever had as a sports fan?

3) If someone hopped in Doc Brown's time machine back to the 1970's in order to unleash an evil plan to prevent the Mariners from ever existing and was successful which baseball team, if any, do you think you would be a fan of?