While eBay may have completely devalued all of my baseball cards thus losing me several thousands of dollars in investment cash, it's also an interesting place to find items that relate to the Seattle Mariners. Not long ago, I managed to find a Star Wars Jackson Generals jersey signed by Hultzen, Franklin, Paxton, Walker, and more, all for the low low price of I'm not going to tell you because I was probably ripped off.

But navigating eBay can be difficult, which is why I'm here. Today, I'm going to feature five different Mariner items that are available right now to the highest bidder. Will it be you? Let's hope so. 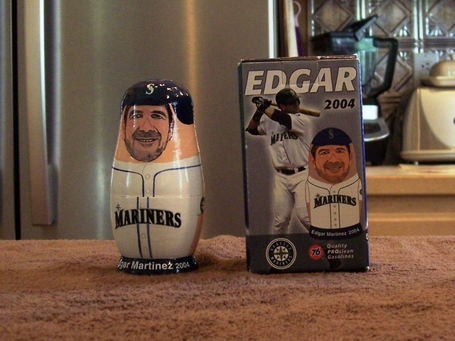 This item says "new in box" and as you can clearly see, there it is, out of the box, brand new in the box. Good to know there are people you can trust these days to stay true to their word. 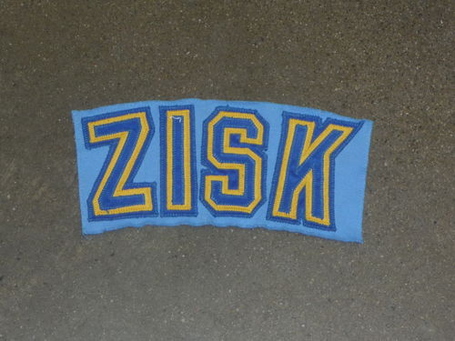 Here's a fun fact: Richie Zisk sported a career 127 wRC and had three straight years of nearly 5.0 WAR in his prime. Those are some pretty strong numbers for a former Seattle Mariner whose name you heard for the first time right now. He also went to Parsippany High School, which as you know is one of the leading high schools in the country named Parisppany.

You can now own a part of a jersey that you can then place on your leather jacket or something. Now 10% off! 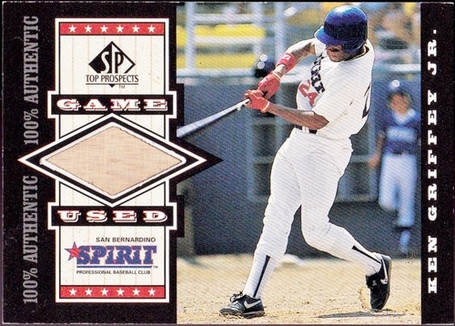 Now is your chance to own a splinter belonging to a prepubescent Ken Griffey Jr. when he played for the San Bernardino Spirit. Their cheer was "We've got Griffey, yes we do. We've got Griffey, how about you?!" But no one answered, for they did not have Griffey, and were also not teenage girls.

I actually own this card. It is one of those cards that's neat in theory but doesn't really fit into a protective sleeve. I suppose you can use it to slice Floyd the chimpanzee on his nipple so that you and Fee can be completely free. Far away in another place... 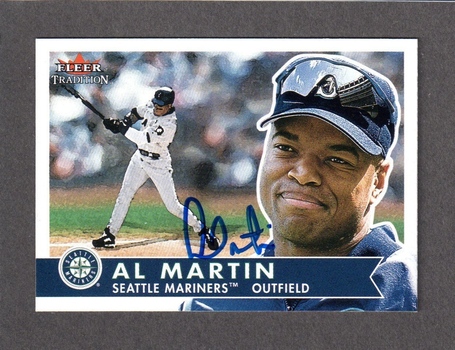 One of my favorite memories of Dave Neihaus came on the radio when Al Martin was playing for the Seattle Mariners. Martin was something like 1 for 39 to start the year, and Dave said with more snark than I ever recall from him: "Al Martin looking for that... elusive second hit of the year." I am pretty sure I could hear him roll his eyes.

Well, now that my memory is your memory too, you can own this one of a kind except not at all one of a kind Al Martin signed baseball card, complete with Crappy On Arrival. 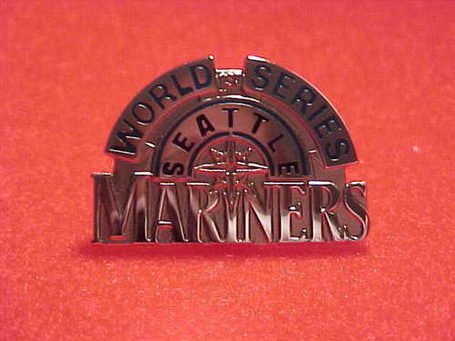