Miller shines in his return to Florida, and we all hope this is a sign of Ackley's continued return to being decent. 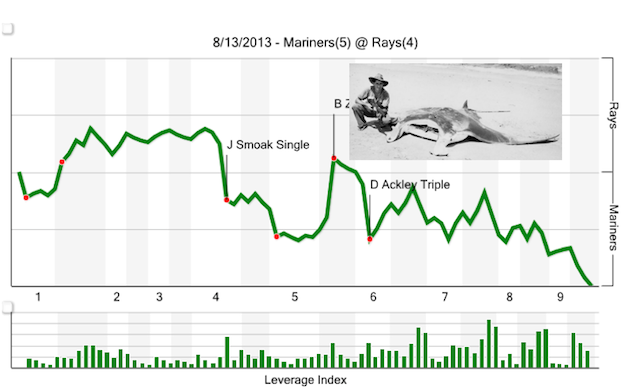 As the Mariners embark on what very well may be their most difficult road trip of the year, they pick up a solid win over a reeling, but still strong, Rays team.

Though there were impressive performances from Miller and Ackley, and Erasmo wasn't awful, it was good to see it didn't take either a complete offensive explosion or spectacular pitching to pick up a win over a contending team—not that it always does, but again, a nice way to start the trip.

1. The Mariners, obviously, have a lot of young players and with the young players you have up and down performances. How quick or likely are you to believe Ackley is "back" or at least "turning a corner" in comparison to other players (Smoak, Saunders, etc)? More, less?

2. Has Smoak reached the point, for you, where you feel as though you can depend on him in key situations? Or did you reach the point where hope turned to expectations awhile ago?

3. Danny Farquhar's the closer, indefinitely—that much is apparent. If you were to put together his closer music and WWE-style entrance, how would you do it?