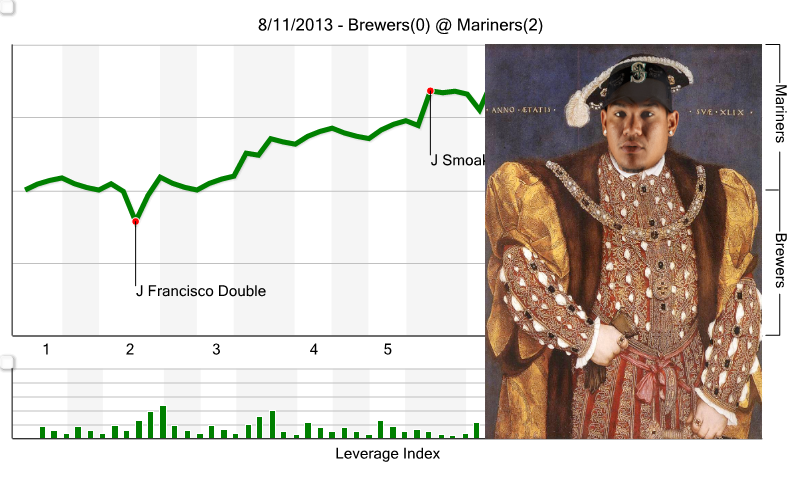 Now that was more like it. The Mariners take the game 2-0 from the Brewers behind both Felix Hernandez, Dustin Ackley, and Justin Smoak. It's 2011 all over again!

2. Worst Mariners tattoo(s), excluding whatever that is on Felix's neck because he can do whatever he wants:

3. Which Mariner needs to have the best September?