The Mariners pretend yesterday never happened and beat the Reds 3-1. 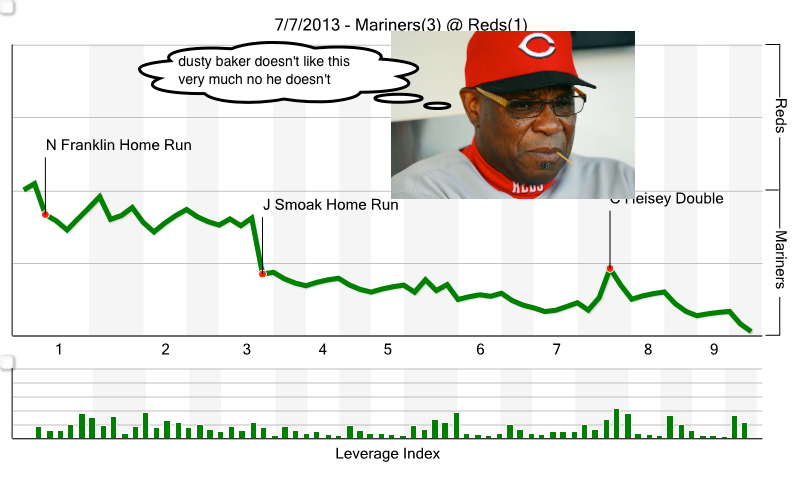 Well that was a little more like it. Mariners take the series from the Reds, which feels silly to say after yesterday, but hey, we don't write the rules do we?

1. Are you okay with Justin Smoak now? He's putting up a wRC+ of 118, and granted, he's spent a bunch of time on the DL, but I don't have the same pit of despair open in my stomach when he's at the plate anymore. How are all of you feeling about him?

2. Nick Franklin is outperforming Wil Myers so far this year. While there is probably no way his name is even mentioned as a AL ROY finalist, I'm trying to figure out who is even going to be in that race. Thoughts?

3. The Cincinnati Reds have a strange promotion where each fan can get a free slice of pizza if the Reds get 11 strikeouts (why 11?). If the Mariners ever decided to do a promotion like this, what would it be? And don't say free Starbucks. Too easy.