The Mariners lost to the Texas Rangers 4-5 tonight. Because, of course.

This morning, every Mariners beat writer tweeted and wrote a bunch of interesting stats and dates about the last time the team swept the Texas Rangers in Arlington. It was determined that the last time this happened was in 2002, and although the Rangers had put out a pretty crappy series of teams during a few of those years, they have been stupid good as of late. So the thought of the Mariners coming to Texas to take every hit out of the Rangers' bats in a 2013 series featuring Adrian Beltre, Ian Kinsler, and Nelson Cruz was naive at worst, silliness at best.

Then, sometime around 11:45 AM, Eric Wedge emerged from the visitors clubhouse under Rangers' Ballpark with a lineup card that included Henry Blanco and Brendan Ryan because Platoon Splits. Hisashi Iwakuma took the mound sometime around 5:10 PST, and the following things happened:

Outside of everything that happened on the field tonight, here is the one truly important thing we found out about America tonight during out nation's 237th (though some would say 224th) birthday: 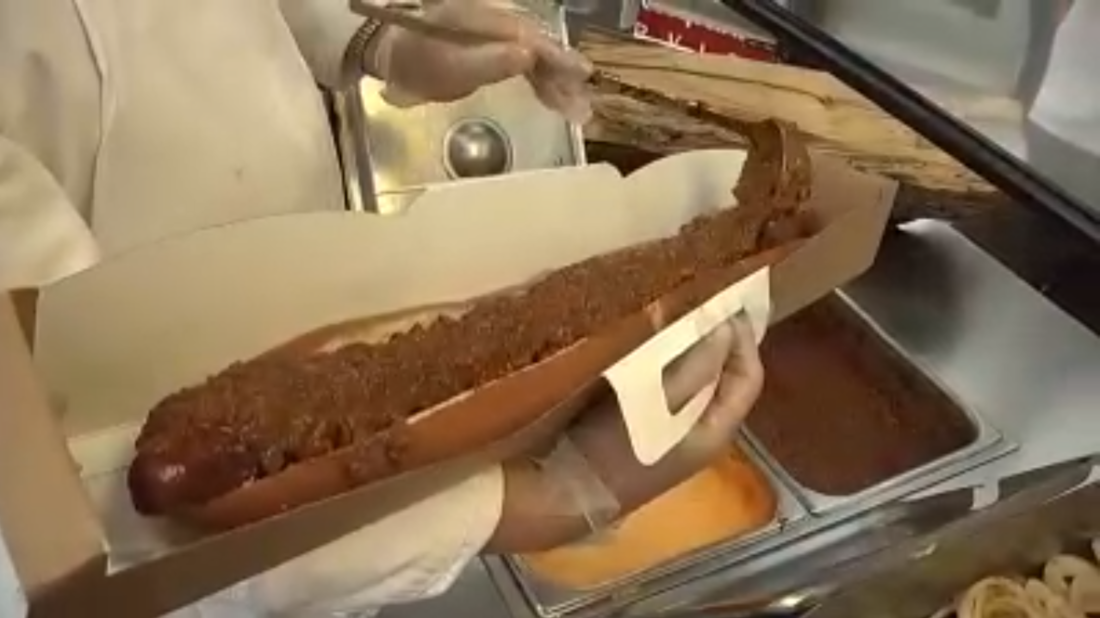 This is a real hot dog they serve at Rangers' Ballpark in Arlington, Texas. It's as big as my entire torso. Here's another stupid picture of this Awful Thing that really exists: 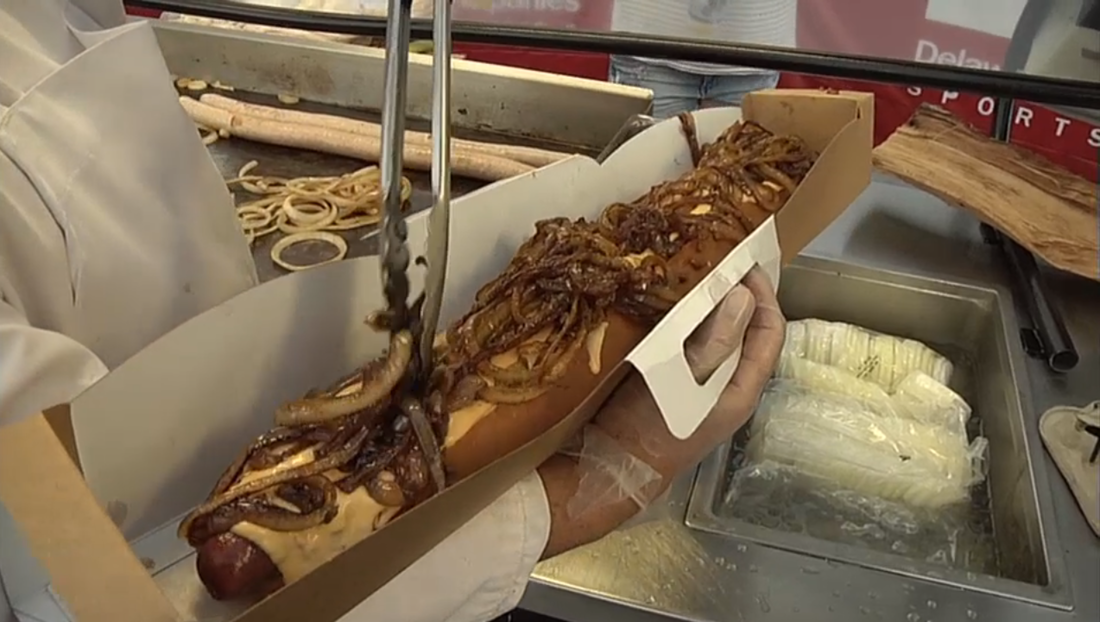 That's like nine pounds of caramelized onions spread out over pure Velveeta cheese sploozed out from a retail-grade plastic tube. In the winter of 1777, general George Washington and his American soldiers ate pepper soup and chunks of bread to survive the cold at Valley Forge, waiting for a day when their efforts would be immortalized in the annals of history for all of Mankind to remember. Facing death, Washington famously recalled that "unless some great and capital change suddenly takes place...this Army must inevitably...starve, dissolve, or disperse, in order to obtain subsistence in the best manner they can."

Between the top and bottom of the 7th inning tonight, a man named Andrew Morton stood up in his Josh Hamilton jersey after the Rangers' PA announcer prefaced the 7th inning stretch. He looked down at his green socks being squished between his toes and his Birkenstocks, and when the singer began to give tribute to America on the great occasion of its birthday, suddenly remembered he forgot to take his hat off. Reaching up to his head, he accidentally spilled some cheese from this four-foot long hot dog on his jersey. Crap he thought. Not again. Not again. But then he looked up to the flag, waving defiantly in the temperate Texas breeze. He saw the scoreboard reading 1-3 Mariners. No. Not tonight, he thought, as he looked down at his Hamilton jersey, now dripping in processed yellow goop. He lifted his voice in unison with the 46,476 Texans and began to sing:

God Bless America,
Land that I love.
Stand beside her, and guide her
Thru the night with a light from above.

He thought about the one game playoff in October 2012 against the Baltimore Orioles, where Joe Saunders dashed the last hopes of the Rangers' playoff dreams, and Josh Hamilton was baptized in an ocean of boos from the Arlington crowd. Andrew Morton looked down at his jersey. He thought of the 2013 Los Angeles Angels. He remembered the strikeouts, and saw, two rows below, a woman wearing an oversized blue Jurickson Profar jersey. Then he saw the dejected faces in the Mariners' dugout, as they knew that they were about to blow another game, even though they held the lead going into the bottom of the seventh inning. He thought he understood pain, he thought he understood defeat. He didn't. The Rangers were going to win. He continued to sing.

From the mountains, to the prairies,
To the oceans, white with foam
God bless America, My home sweet home.